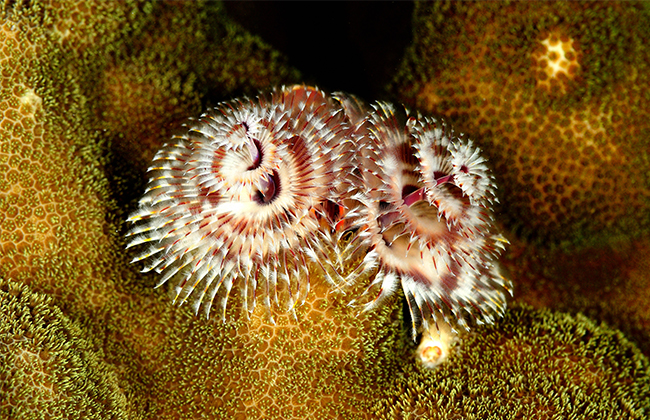 Of all the small intricate animals I like to photograph underwater, Christmas tree worms are among my favorites; in my book, they are only outranked by nudibranchs.  I thought I’d share some of my favorite Christmas tree worm images, this time from the Indo-pacific, and talk a little about their biology. 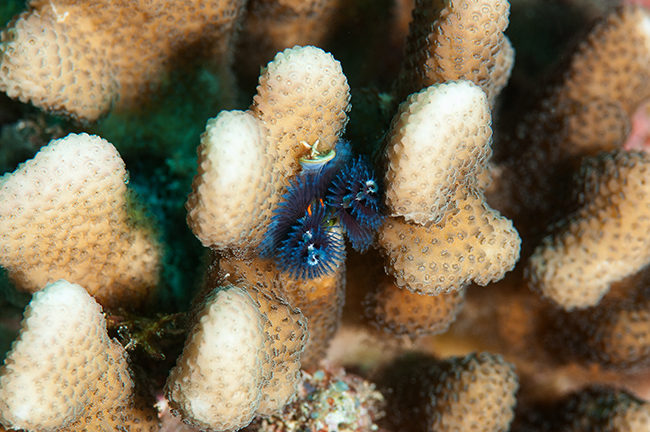 Not the best pic, but look at that color!

Christmas Tree Worms, are, as their name implies, worms; members of the Class Polychaeta, which contains in excess of ten thousand (mainly marine) species.  Further down the taxonomic order within the Class is the Family Serpulidae, which contains a number of tube-building worm genera. Several Serpulidae genera find their way into aquaria (often with poor results I might add, though some species seem to thrive – they used to in my filter box at any rate).

Christmas tree worms are in the genus Spirobranchus, which, according to the World Register of Marine Species (happily shortened to WoRMS), contains sixty-nine distinct species.

Christmas tree worm is a fitting name and describes them well, while on the other hand, Spirobranchus refers to ‘spiral’ and ‘gill’.  These worms have two spiral-shaped and ciliated crowns, which serve as gills as well as their feeding apparatus. As passive feeders, they employ cilia and grooves on their crowns to pass food particles down into their gut. 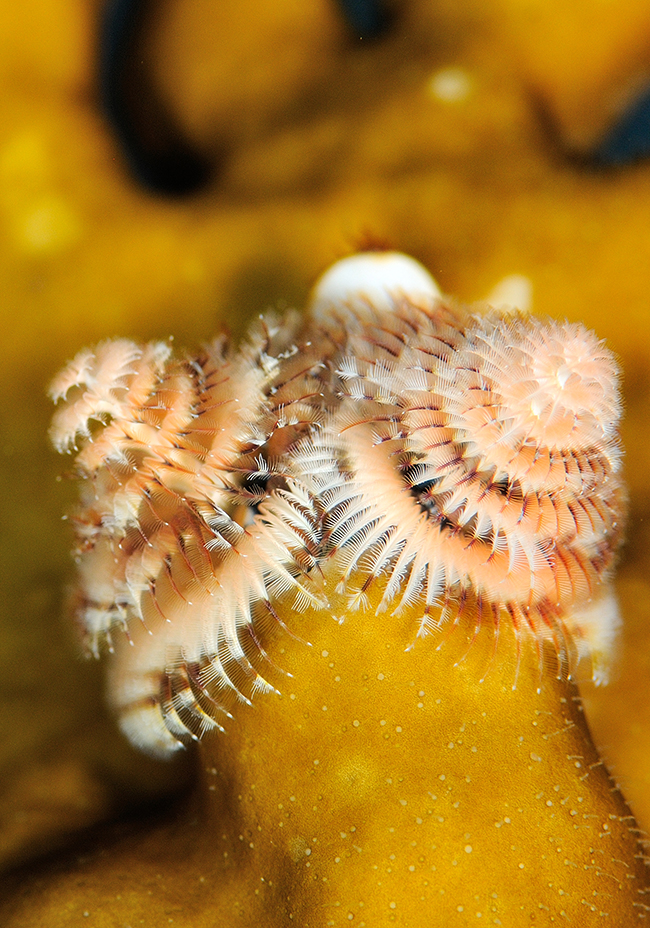 Plenty of this detail of this worm embedded into Millepora dichotomoa

The species I am most familiar with is S. giganteus.  I have a long history of getting an occasional shot of these small animals before they disappear into their holes, which are frequently found in hard corals such as Porites, and even in hydroids such as Fire Coral. 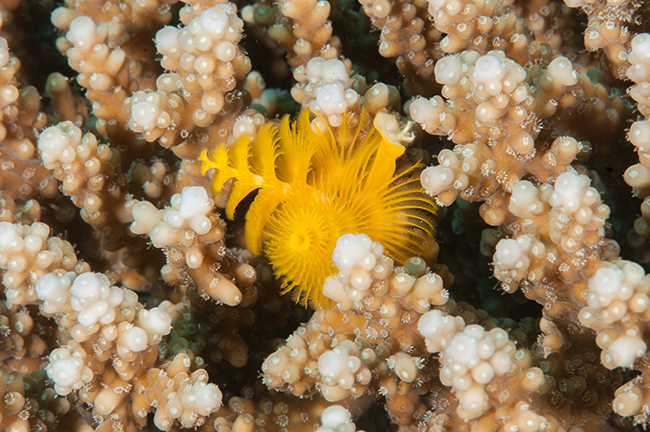 This species is incredibly varied in color, ranging from deep blue to yellow, with occasionally more muted specimens in between that may or may not have patternation.  I have yet to find a reason mentioned in the literature for their range of colors.  Maybe someone can help answer that question, I’d love to know. 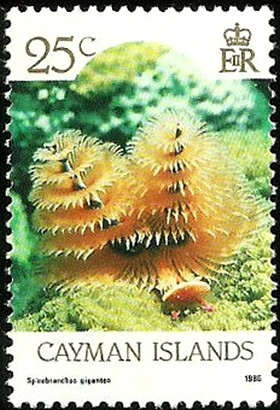 Some other folks are proud of their worms