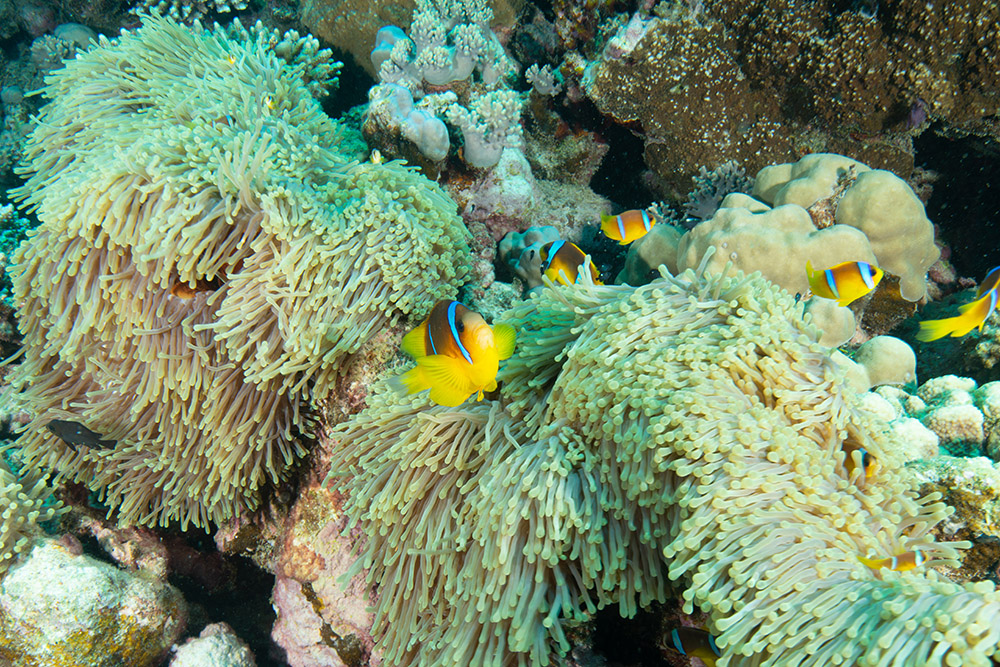 The local guides know this spot as ‘The Nemos’ and while it might upset pedants like me, the fact that this patch of anemones was so well known on the reef – in fact it was one of the reef’s highlights and featured on all the dive briefings – proves how enduringly popular these ‘Nemos’ are. 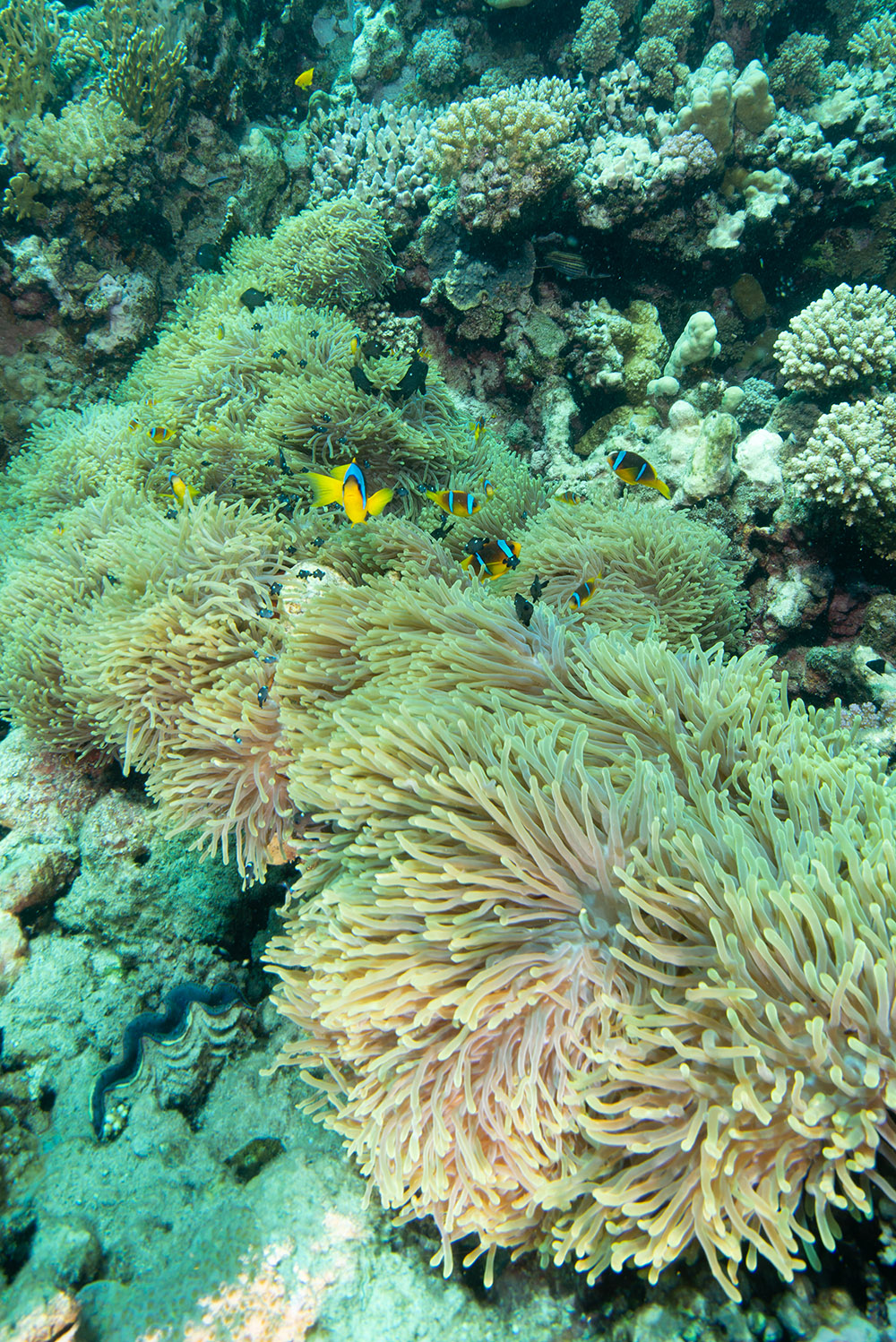 I’m referring of course to Amphiprion bicinctus, that stalwart of many a Red Sea reef photograph, a fish that ranges throughout the Red Sea and into the Gulf of Aden and has the Red Sea all to itself. The fish hosts in five species of anemone, with associations between it and Entacmaea quadricolor and Heteractis crispa being the most common, due to the frequency of these particular ‘nems. 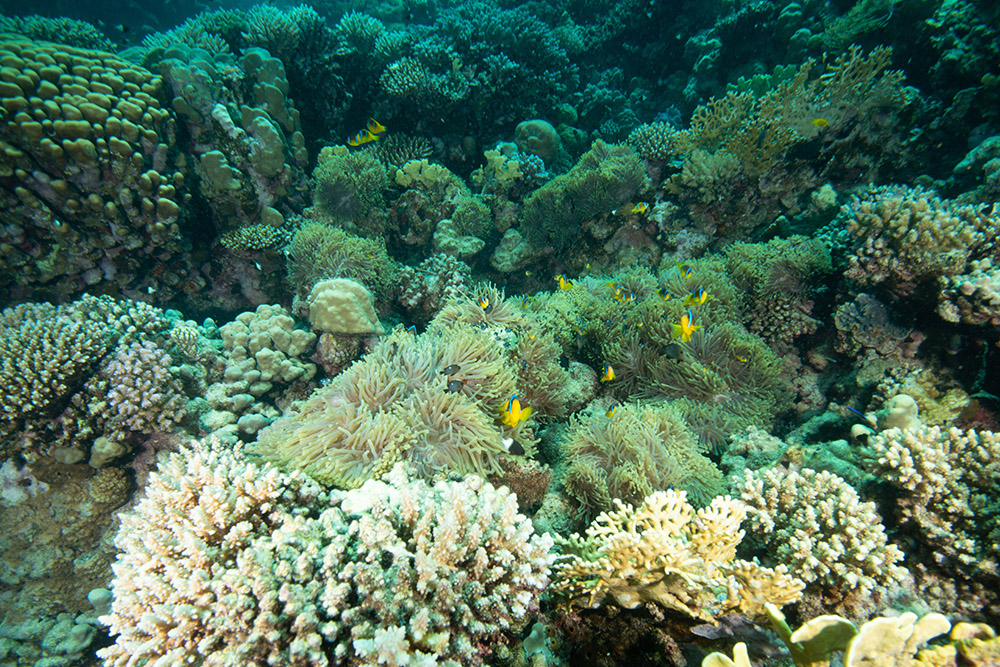 Look closely and you’ll see some Domino Damsels, which host in anemones as juveniles

Slightly rarer, in my experience, is the Magnificent Anemone (H. magnifica), a species which often forms large groupings of presumably closely-related individuals, which from a divers’ point of view, can appear to be one large ‘carpet’ of tentacles.

H. magnifica is, as the name suggests, a magnificent animal with a column that can be red, lilac, or brown, with contrasting and quite vivid bright green tentacles with rounded tips. In my experience it is more commonly found in slightly shallower waters than some if its relatives (this patch was at fifteen meters or so), meaning there is more useful light to aid in photography.