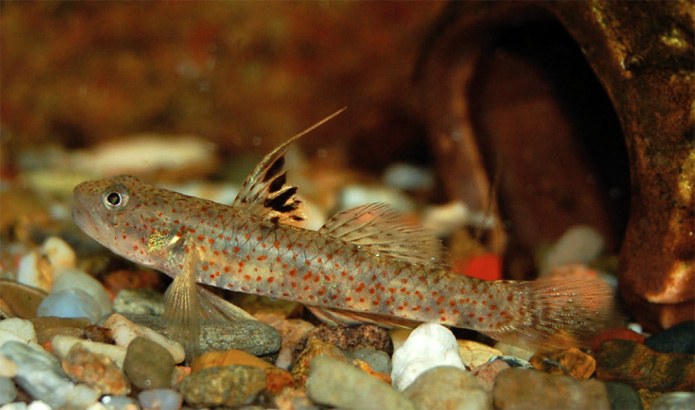 
Around 2001, an unique tropical goby entered the European aquarium market.  Several aquarists were so intrigued by the mysterious fish that they provided photos to researchers for identification.  The ichthyologist were stumped, but no specimens were available for  study so the goby remained a mystery until 2012, when Daniel Lumbantobing, a ichthyology phD candidate at the time, collected several Indonesian gobies including the unidentified Pseudogobiopsis.

In 2015, a DAN barcoding project was able to collect additional specimens of the new species in the rivers of western Java and southern Sumatra.  Their study concluded the mystery goby was likely an undescribed species.  Now, after further examination of new material, researchers have finally identified this goby as a new species: Pseudogobiopsis lumbantobing.  The new gobiid, named after Daniel, is decribed in Raffles Bulletin of Zoology.