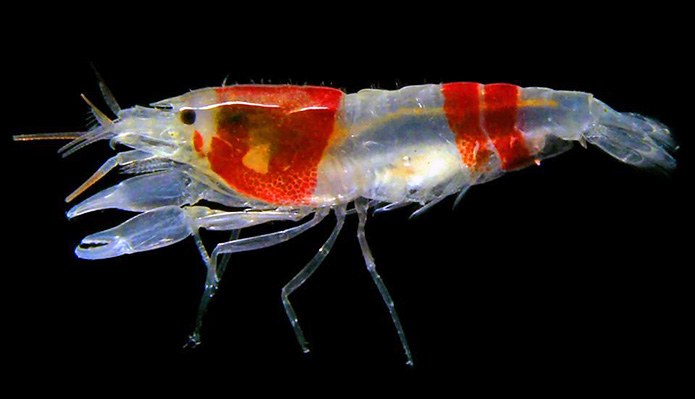 
Alpheopsis paratrigona is a new Alpheid (snapping/pistol) shrimp discovered in Puerto Rico, Virgin Islands, and Florida.  It is unclear whether A. paratrigona shares any symbiosis with another reef organism like many other Alpheids do (e.g. pistol shrimps + shrimp gobies).  The new shrimp is described in ZooTaxa.

With a far greater biodiversity of colorful shrimps than freshwater, it’s a little odd that marine shrimp tanks aren’t a trend like it is in the freshwater scene.  Granted, Alpheid shrimps aren’t the best choice since they spend most of their time burrowed.  But even reef mysis shrimps like these would make awesome inhabitants for reef shrimp tanks.