A (Not So) New Species Of Caribbean Damselfish

During a 2013 survey of coral reef fishes near Veracruz, Mexico, researchers noted the presence of a small, shoaling fish that had never before been seen in the area. This would mark the first time that anyone had taken notice of an insidious new invader to the Caribbean, the Regal Damoiselle (Neopomacentrus cyanomos).

Nobody knows precisely when this species first arrived, but by 2013 it was already firmly established and abundant at several locations. Subsequent surveys would reveal its presence throughout the southwestern Gulf of Mexico, with especially robust populations on offshore oil rigs. As late as 2015, it was still apparently absent from reef systems along the United States, but it has since been spotted in the Grand Flower Banks of Texas, a Louisiana petro-platform, an artificial reef off Alabama, and as far east as Panama City, Florida. It will likely continue its expansion, and, no doubt, in the next few years we can expect to see aquarium specimens collected from the Florida Keys.

This marks just the second species of Indo-Pacific fish to colonize the Caribbean’s coral reefs. The other immigrant in the region is the infamous Volitans Lionfish (which has recently been shown to be a hybrid of the Indian Ocean’s Pterois miles and the Pacific’s P. russelli). The first lionfish was spotted near Miami in the 1980’s, but it wasn’t until around 2004 that its population reached a tipping point and began expanding widely in West Atlantic. Florida has seen a number of aquarium releases into its waters—to name just a few: Purple Tang, Moorish Idol, Clown Triggerfish, Asfur Angelfish—so it was only natural that aquarists were blamed for the introduced lionfish. Of course, Miami is also a major port city, so a non-aquarium introduction can never be ruled out. But what about the Regal Damoiselle off Mexico… when did it arrive and how?

The marine aquarium hobby in Mexico is far smaller than in the United States, and, furthermore, its not clear that N. cyanomos is actually exported. Morphological and genetic study of alleged aquarium specimens originating from the Philippines turned out to be the nearly identical Freshwater Demoiselle (N. taeniurus). Of course, that’s not to say that it isn’t possible that a Mexican aquarist got their hands on some actual N. cyanomos and subsequently released them into the reefs near Veracruz, just that this is improbable. 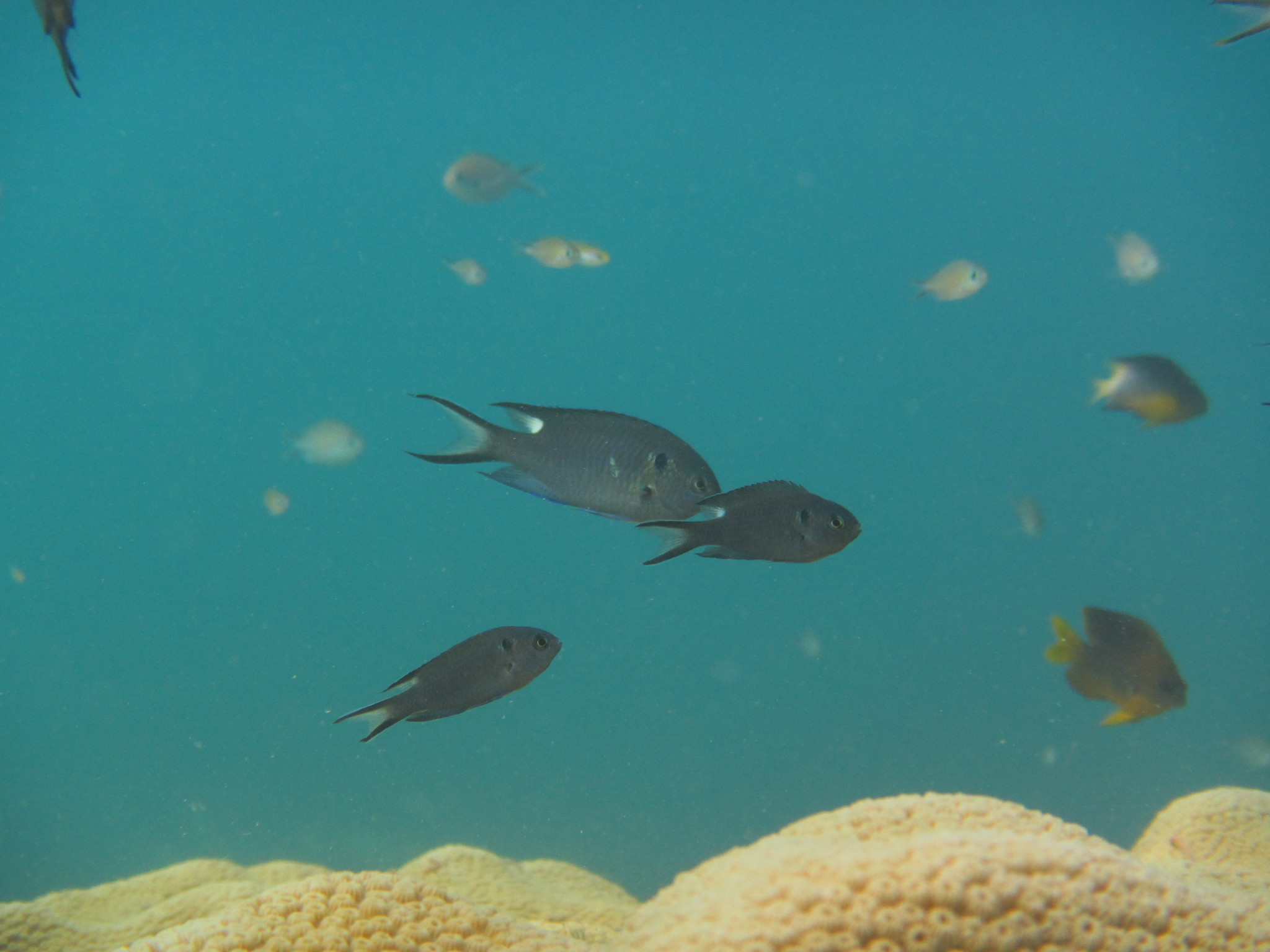 Genetic study of the Caribbean population shows a similarity to specimens from both the Indian and Pacific Oceans, so its not clear where these ultimately originate from. Specimens studied from these oceans are largely genetically distinct, with the exception of a population sampled near India that shows evidence of both oceanic haplotypes. An interesting hypothesis put forth in Robertson et al. 2018 is that this Indian population is itself partially exotic, with genetic evidence of an origin in the Northwest Pacific. The theory goes that an oil rig was constructed in Singapore or Southern China and transported to the offshore oil fields of India, and, from here, it was subsequently moved to the Gulf of Mexico via either the Suez Canal or around the African cape.

In this scenario, the N. cyanomos of Mexico stem from a hybrid population… immigrants of immigrants. Precisely when this Atlantic introduction might have occurred is yet unknown, but likely predates the first observation by many years. The largest populations (described as being “superabundant”) are still found on oil rigs, which are themselves covered in another invader, the sun coral Tubastraea tagusensis. In this alien ecosystem, the Regal Demoiselle is now competing with native pomacentrids like Chromis multilineata, which it may already be replacing in parts of its range. Compared to Caribbean damselfishes, N. cyanomos does have one considerable advantage; it evolved alongside the Pterois lionfishes. Whether or not this gives it a true survival advantage remains to be determined.