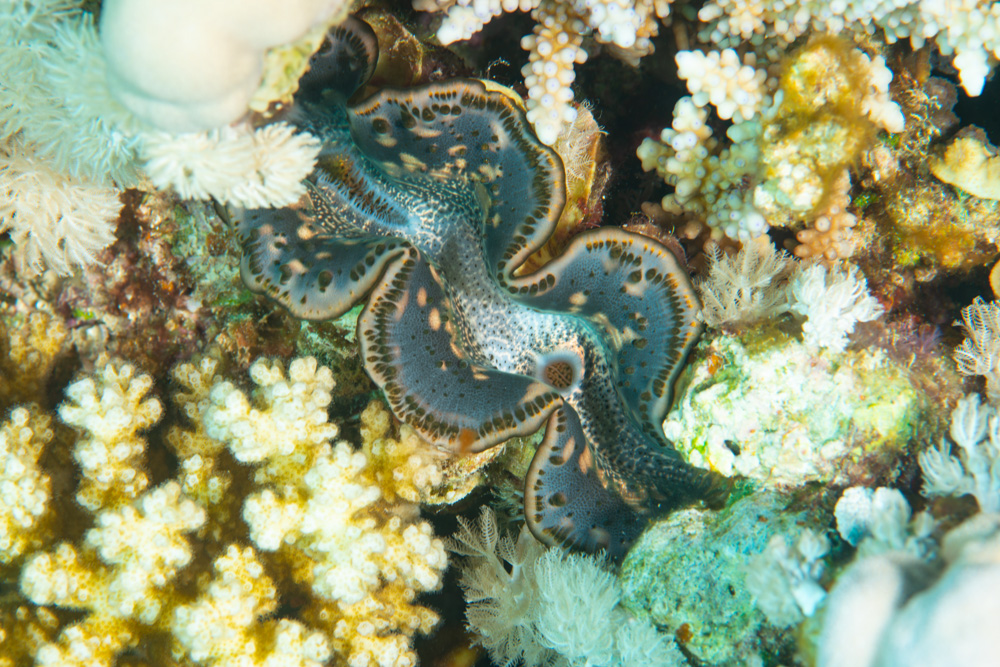 In my earlier post I shared some of my shots of tridacnids from the Red Sea, offering a collection of images of T. maxima and T. squamosa that I thought were particularly interesting.  Here are some more pics of amazing clams.In the main image (above) I’ve chosen an animal that I found in fairly shallow waters amidst a complicated mix of hard corals and Anthelia.  What caught my eye was the almost gold-colored patches within the dark blue of the animal’s mantle that appeared to glow in the intense tropical light.  I also like the contrast between the fine patternation on the central mantle and the outer mantle’s more basic pattern. 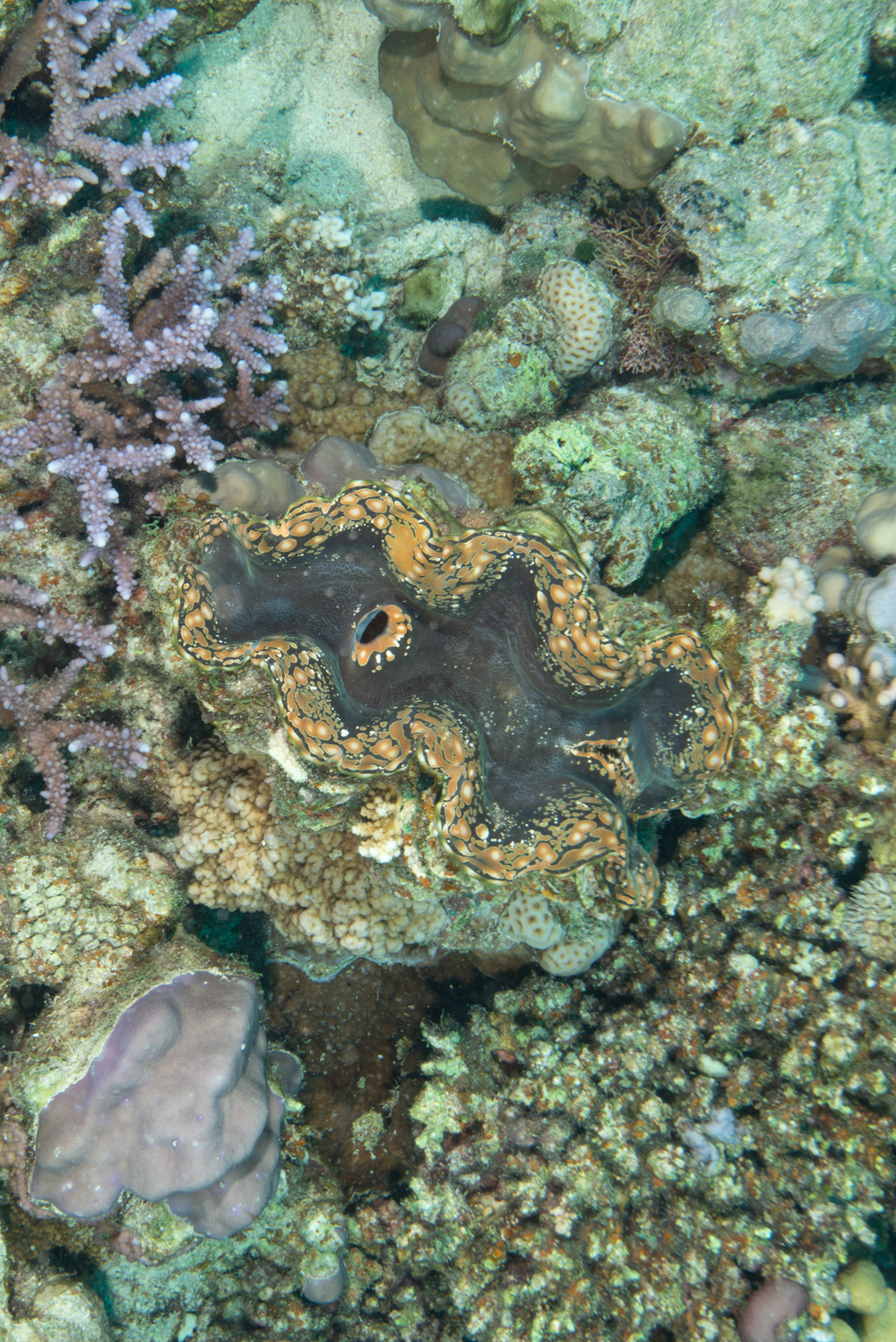 This quite large specimen, of at least thirty centimeters, looks to me like a squamosa.  It caught my eye due to the patterns around the animal’s syphon and mantle edge.  It’s not particularly stunning in terms of color, but it is not without charm. 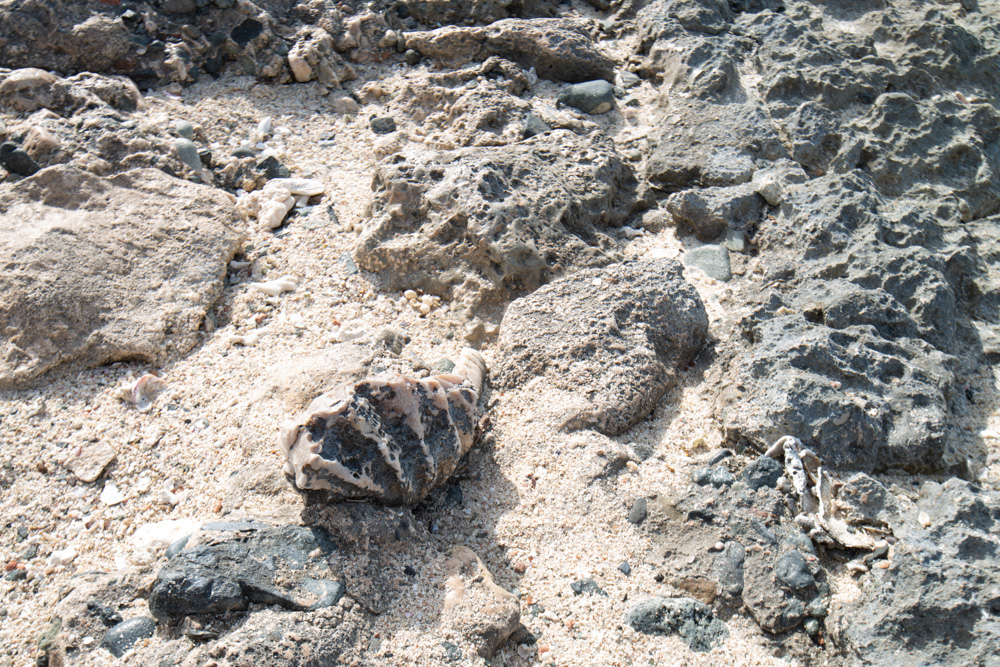 I’m throwing in this image of a fossilised tridacnid that I spotted in a fossil reef, a few meters above the high water mark.  Exploring the low lying rocks around the Red Sea coast reveals countless fossils and fossil reefs, but that’s the subject of another post perhaps. 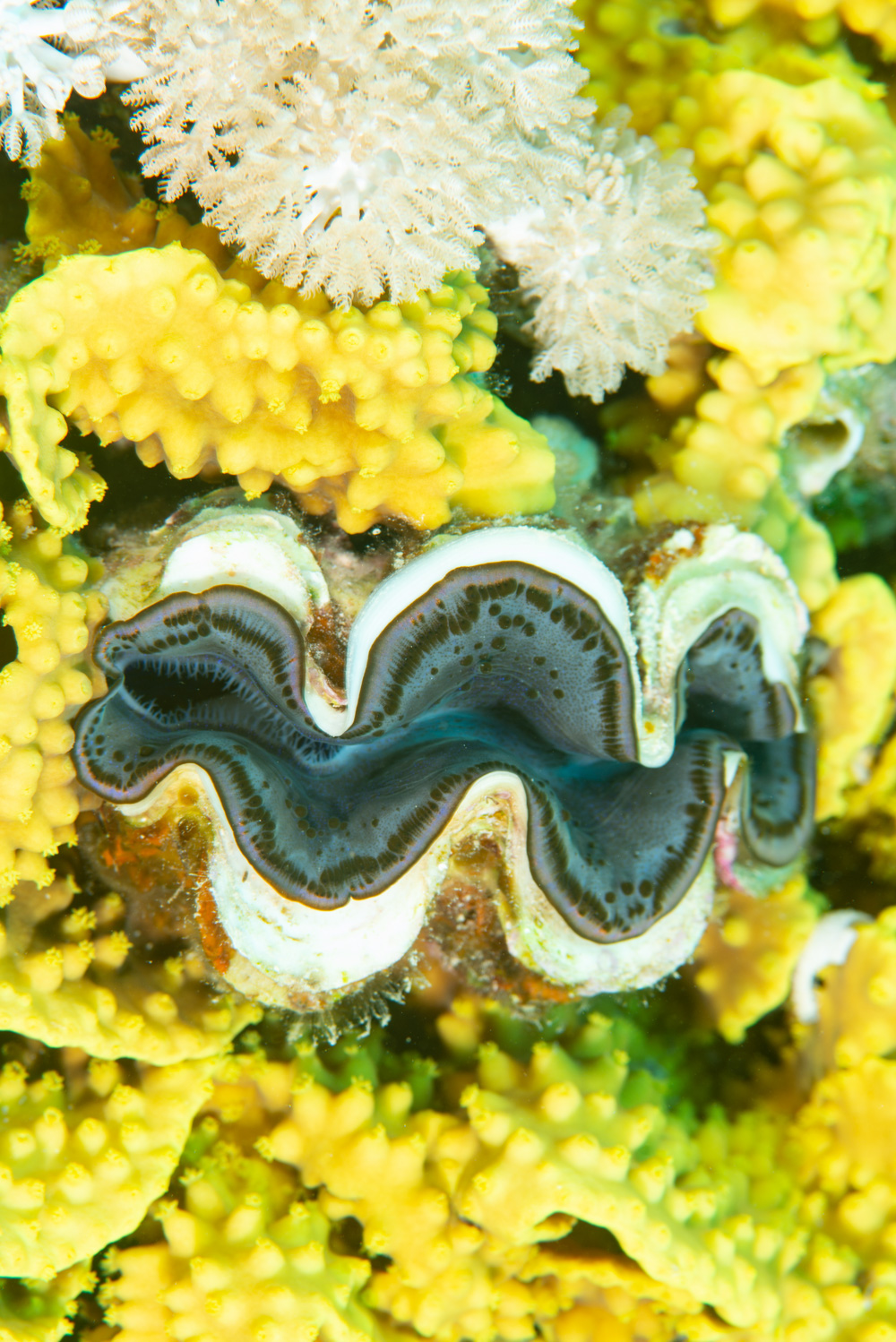 Now this animal was only a small specimen, but since it was growing within a very bright Turbinaria, I thought I’d include it. 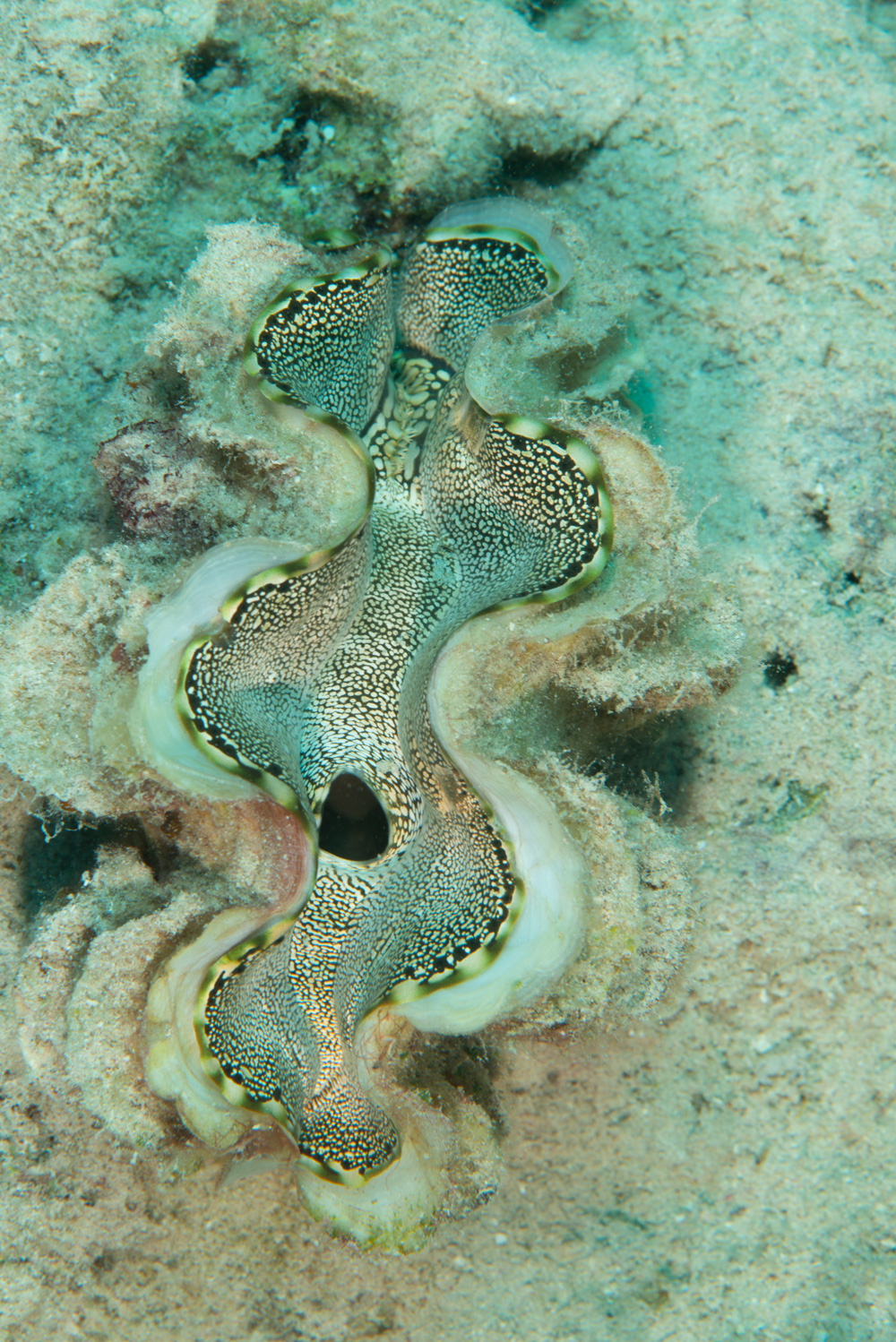 My last image is perhaps the most subtly colored of the clams I’ve shown so far, but what a beauty it is.  I’m not sure the photograph does it justice and despite waiting quite a while, I couldn’t get a shot of it with its mantle more fully extended.