A useful tool for underwater photographers? 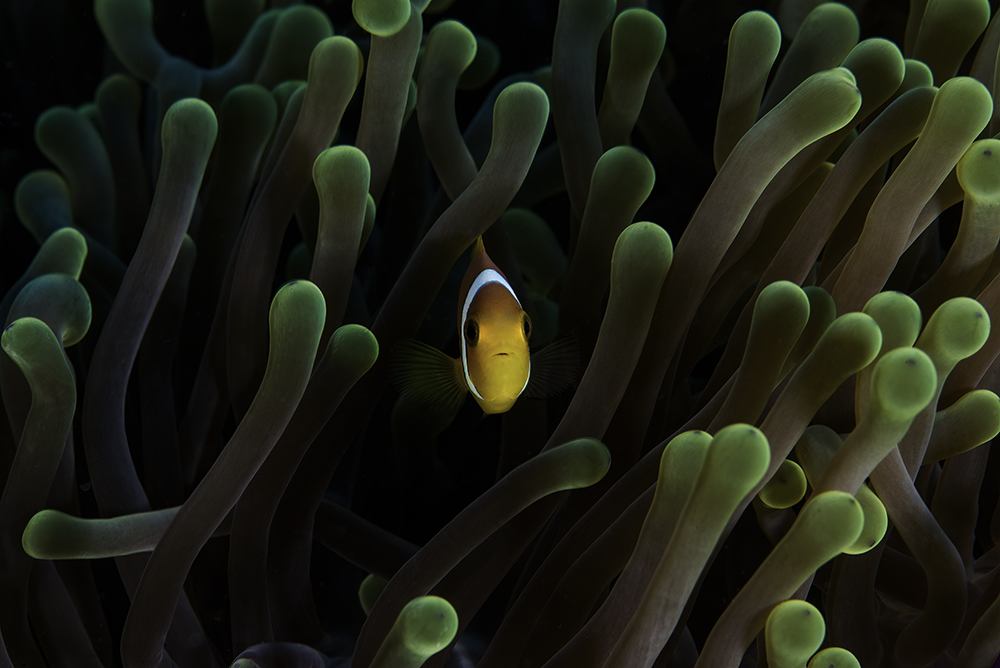 Taking images underwater is hard.  Or should that be: taking good images underwater is hard?  Photographers like myself spend a lot of time and money to try to get the best shots we can.  Sometimes we seek perfection for its own sake, sometimes we need to get it right to keep an editor happy.  Given the difficulties involved in shooting moving subjects, often in poor light, whilst coping with current or swell, I’ll take all the help I can get.  To that end, I tried a time-limited offer from Topaz Labs of their Sharpen AI software.

The company claims they use AI software to: “Fix blurry images in just a few clicks and rescue previously impossible-to-correct shots.”  Naturally, I was skeptical, but I gave it a try and overall, I’m quite impressed.

My target image was a favorite of mine showing a post-larval clownfish.  The image is acceptable in terms of focus and motion blur and has been used online and print several times.  However, the original at nearly 7000 pixels wide (the one seen here is 1000), when viewed on a decent monitor does lack a little sharpness, due to a tiny amount of motion blur amplified by the use of a macro lens. 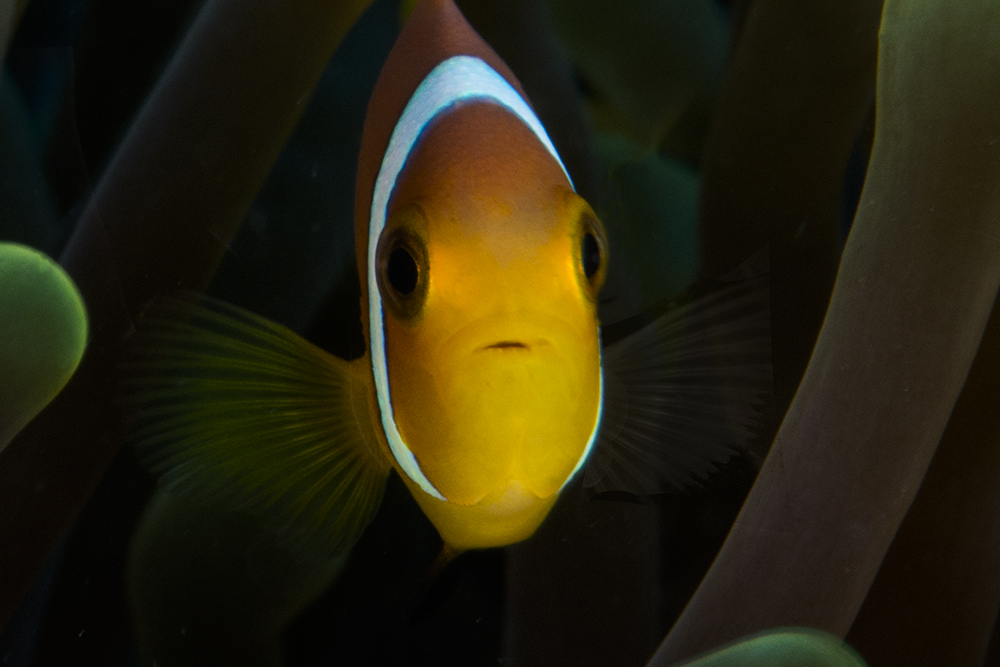 You can see what I mean in the zoomed-in image above.  Our little Nemo has slightly fuzzy edges to her eyes, stripe, and fin rays.  Dropping the image into Sharpen, which I used as a strand-alone piece of software (I think it can work as a Photoshop plugin as well), gave me this image: 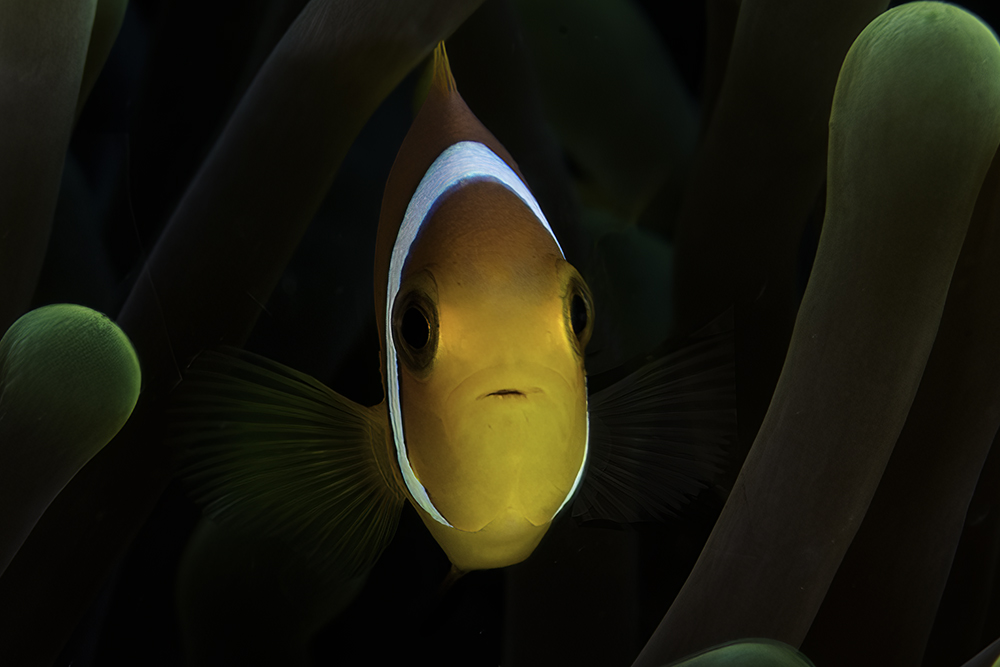 I think you’ll agree this is better?  I had to be careful though, adding too much of the effect/processing creates digital artifacts that are detrimental to the image, with edges appearing to have fringes of color, akin to turning up the contrast way too high on a cheap television.  Less is very much more, in this case.  I also tried it on images of birds and it worked well, though once again I had to get the image just about right and then back the slider up a few per cent to ensure I wasn’t over doing it.

The trial I used also had a de-noise feature, which worked well.  How the mathematics of it works baffles me entirely.  I’m sure it is not artificial intelligence in the HAL 9000 sense, more a series of algorithms that can measure their own success and iterate further, but I have to say it did work, and added smoothness to areas of images, where the use of a high ISO had resulted in nose creeping in.

My trial has now expired and I’m seriously thinking about spending the $79.99 for the full version.