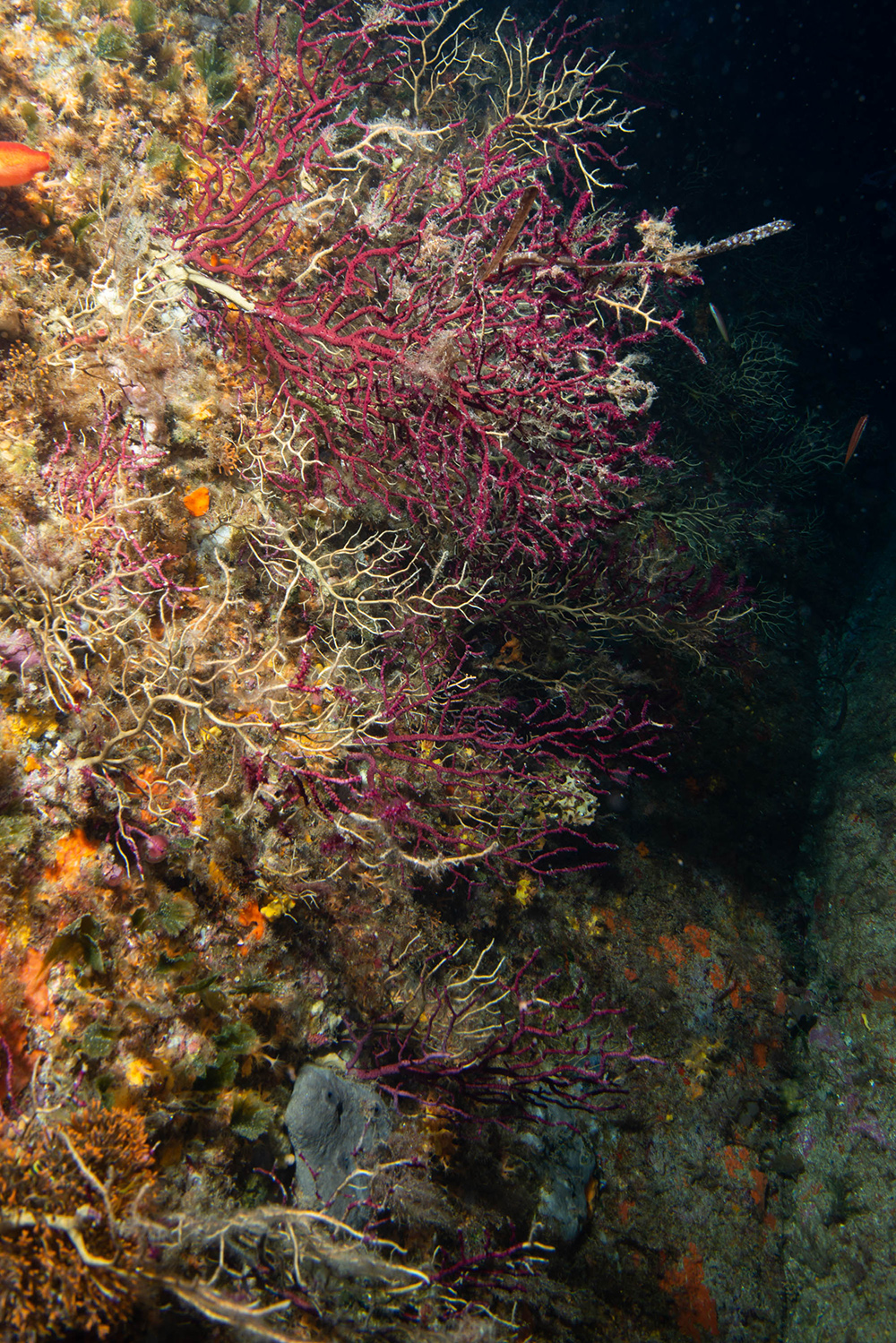 On my recent trip to the Mediterranean I was able to witness the effect this year’s abnormally high temperatures have had on the region’s gorgonians.One of the most interesting and downright attractive of the Med’s ecosystems is the deep rocky reefs dominated by the gorgonian Paramuricea clavata, but in recent years increasing summer temperatures are warming the sea to greater and greater depths to the extent that temperatures in the mid twenties (centigrade) (mid-70s F) are causing die-off amongst the gorgonians.

I’m told the damage has been getting worse every year, with the last summer being the worst.  The gorgonians tend to recover over winter, but there is a risk that the conditions suitable for the gorgonians will only occur in deeper waters.  Effectively, they will be forced downwards. 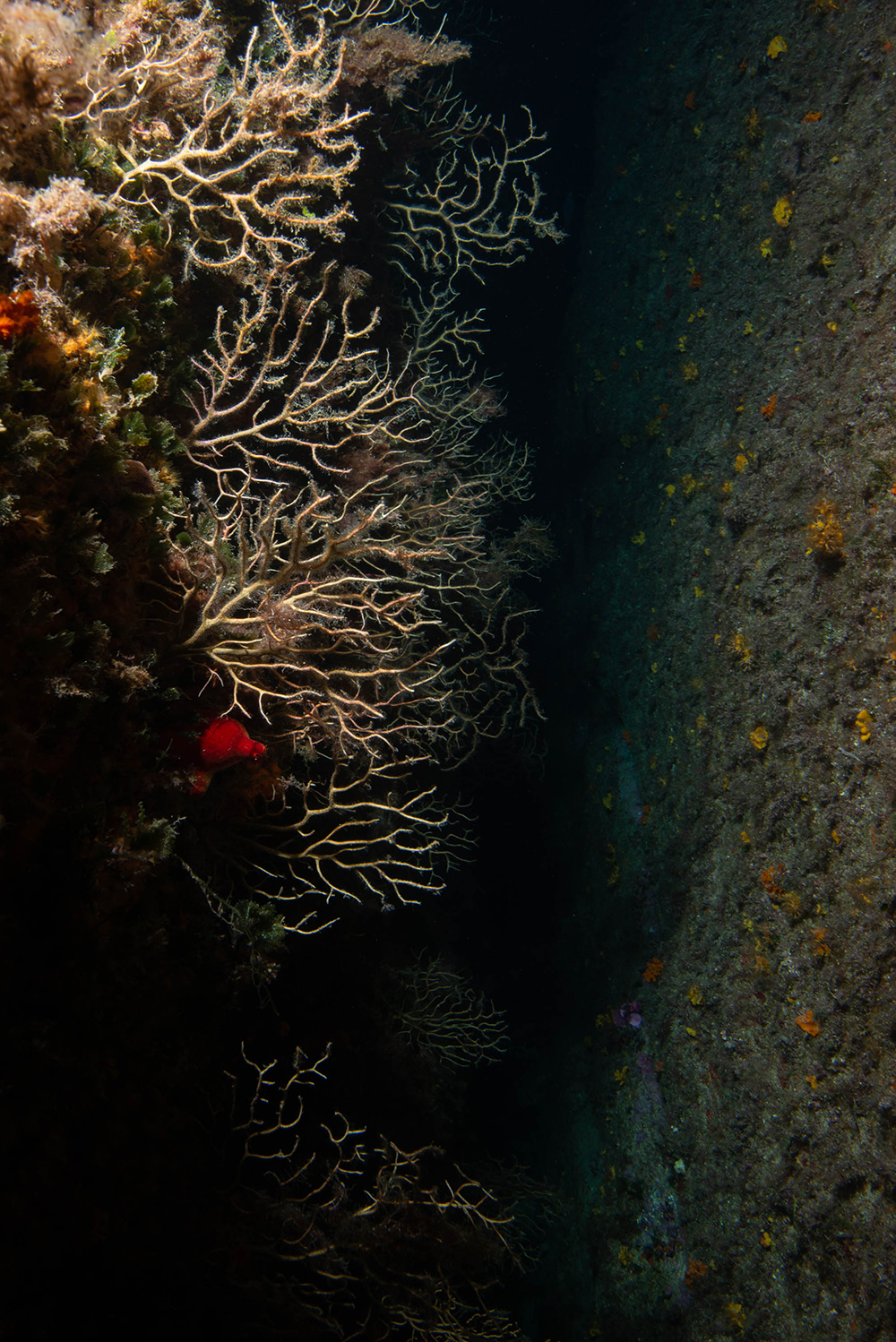 These images were shot at around thirty meters.  You can see the pale skeleton of the animal instead of the rich purple color that ought to be seen. 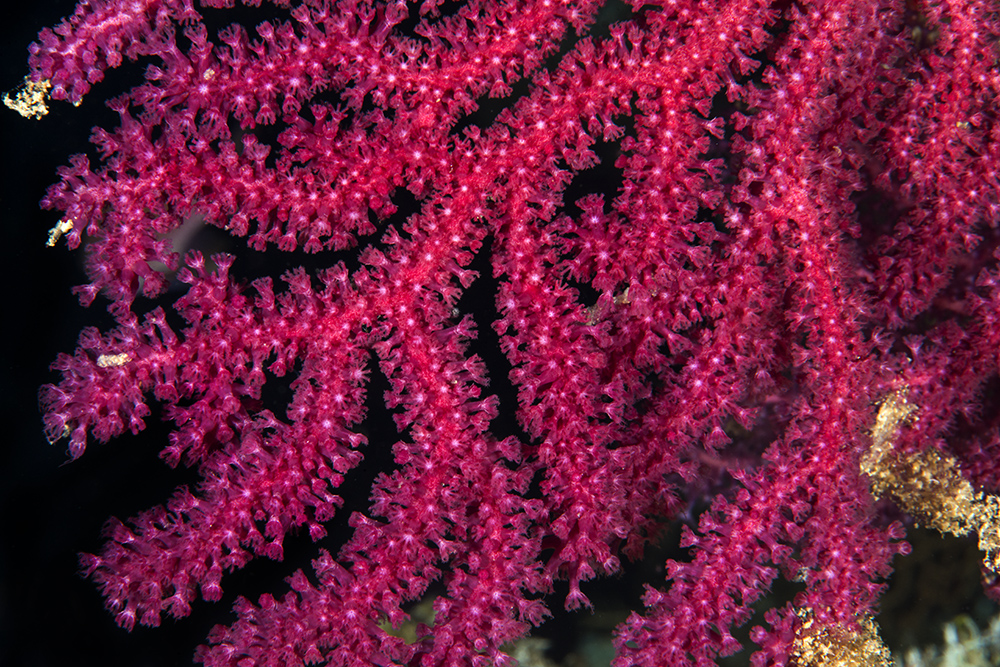 The image above, shot several years ago, shows how P. clavata should look. 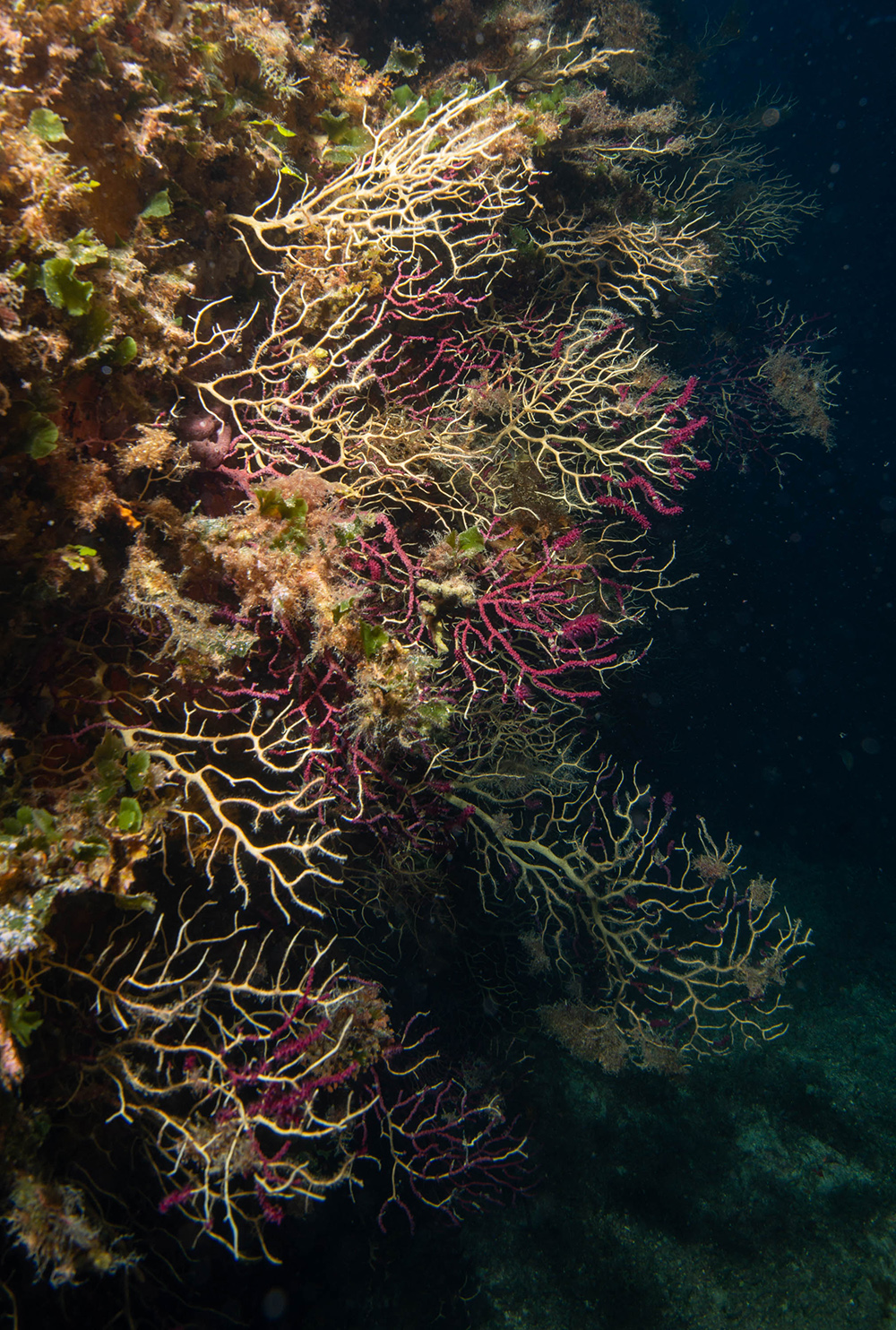 While it is impossible to say that individual weather events are due to global warming, it does fit with the prediction that weather extremes will be more likely within a warming world.