Some of you know me personally, some virtually and some might have never heard about me so let’s shed some light on my past:

Since the innocent age of 8 I have been hooked on this wonderful hobby,  I started with the obvious live bearing fish and I have kept almost the entire fresh water range. I guess my parents soon regretted that they gave me the first tank, as bloodworms and similar food were placed next to the butter in the fridge and several flooding incidents did not really amuse them either.   My main interests were always in watching behavior and conditioning the fish for breeding.   I had a long period of South American fish (especially Apistogramma), followed by my first salt water tank while in school. At the age of 20 I started diving and stopped my salt water tanks! At that time I simply did not have the budget and means to keep fish and corals the same way I saw them while diving. Many years of African Cichlids followed – Lake Tanganjika was my focus.   After moving from Cologne (Germany) to Antwerp (Belgium) – imagine the face of the movers when they realized I had 8 tanks to move – in 1998 I started to migrate my Cichlids tanks to salt water. It was amazing what had progress had happened to the salt water fish keeping over the years, I had to start learning all over again. The web was a great source of information.   Soon I started my first attempts in keeping fish in pairs and groups to observe behavior patterns as close to the natural habitat as possible.   When I started this it was completely new for most people and even dealers could not believe what I was trying and were sure it would fail. I shared my success on the web and was invited to speak about it at many events around Europe.   Due to my expertise in fish I soon became the moderator of the Fish Board in the biggest German reefer forum.

With another move within Belgium – this time with 12 tanks – I changed all my tanks to reef tanks and focused soon on the collecting and breeding of clownfish. Until recently I had 2 racks of 12 tanks each in the living room / open kitchen, another 300 gallon reef in the living room, one 150 gallon in the night hall upstairs, a seahorse nano on the kitchen counter and of course a full room equipped for breeding fish. That room has another 15 tanks, plus all the containers for the plankton cultures.  So far I have bred 10 different clownfish species and I’m especially proud of being the first one to successfully breed Amphiprion latezonatus in Europe.   If you are interested in learning more about my breeding projects, feel free to check my website www.reefsafe.com 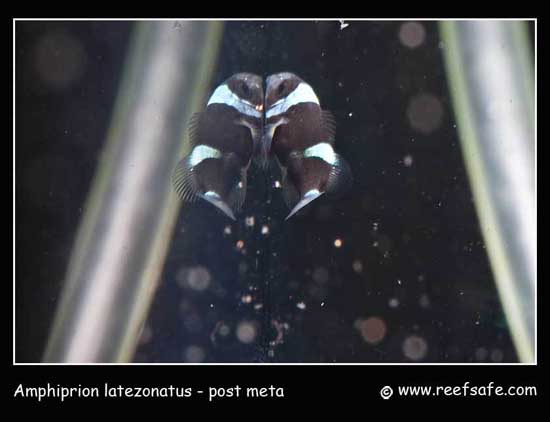 Due to some big time family changes –  including some breeding of a different sort! – we had some tank reduction. One rack is gone and replaced by a nice 8.2 foot 500 gallon system, and the seahorse nano was sacrificed.  Not too bad a change after all. 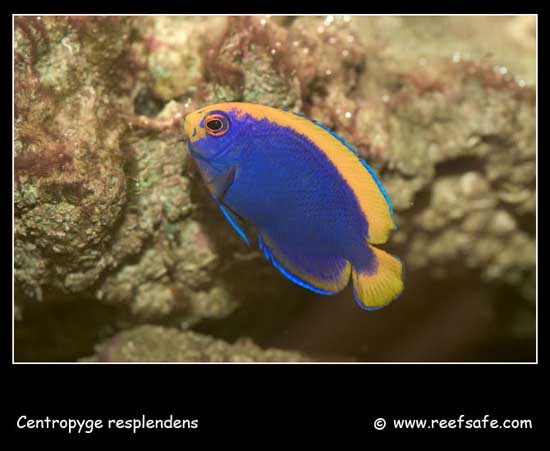 I have been asked to join the Blogger Team on Manhatten Reefs to show the European side of the reefer’s world. I hope the European side of this wonderful recreational hobby will be interesting for you.  Here Zoanthids are still sold by colony, not per polyp, a chalice is just a normal coral and not called “Watermelon” or “Superman,” we still use rather normal light instead of having tanks mostly in the blue light color range and luckily we don’t have fish prices – yet – as asked in North America or Asia.