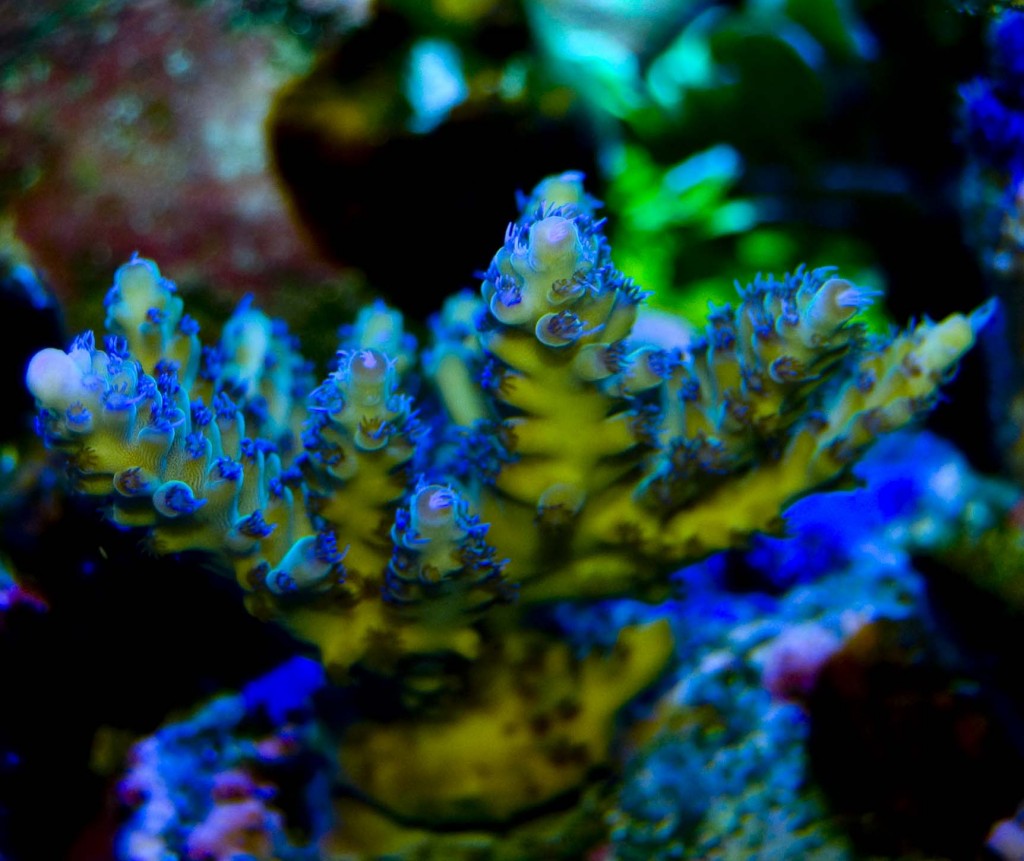 There is something spectacular about contrasting polyp pigments against main coloration on Acropora species.  The striking color differences pull the eye into the detailed polyp structure often over looked on single colored corals.  The Acropora nasuta specimen is one that has this characteristic built into its genetic code.  Some select and rare specimens of this coral will show this striking difference.  Seed fragments continue to carry this trait as they mature. This small colony was grown from a broodstock colony originally acquired from ORA.  It is sometimes referred to under the common name of German Blue Polyp.  Call it what you will but I will call it spectacular beauty.