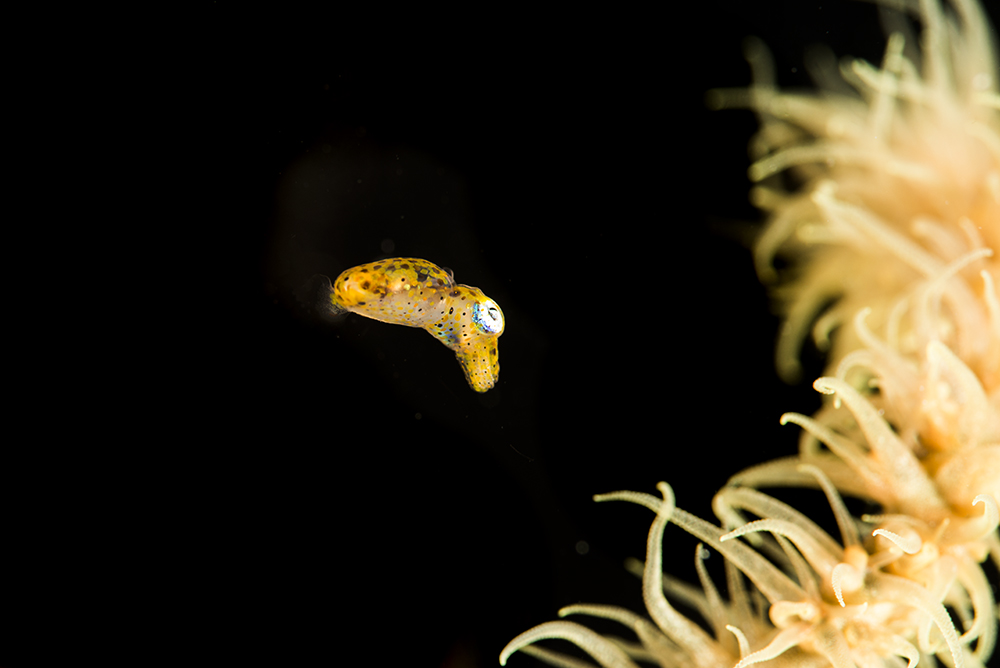 I came across this little fellow on a Maldives night dive and thought I’d share.  The question is though: is it a squid or a cuttle?  I need your help.I’d photographed an adult cuttlefish just that day.  I was exploring a shallow reef and was just returning to the dive center when I saw an odd looking rock half-buried in the sand, which, as I approached, revealed itself to be a full size adult cuttlefish. 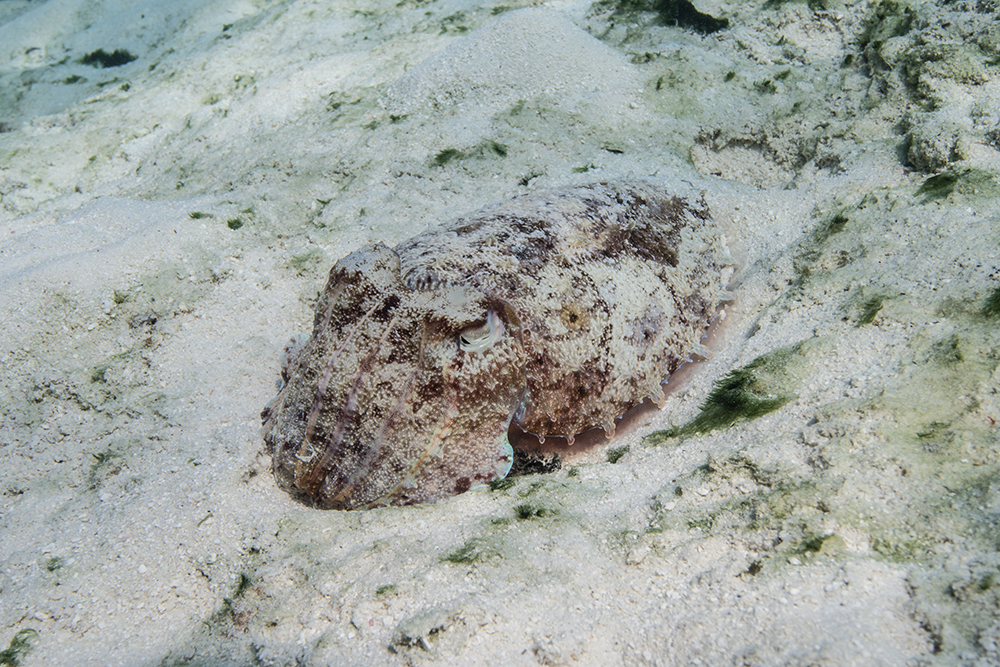 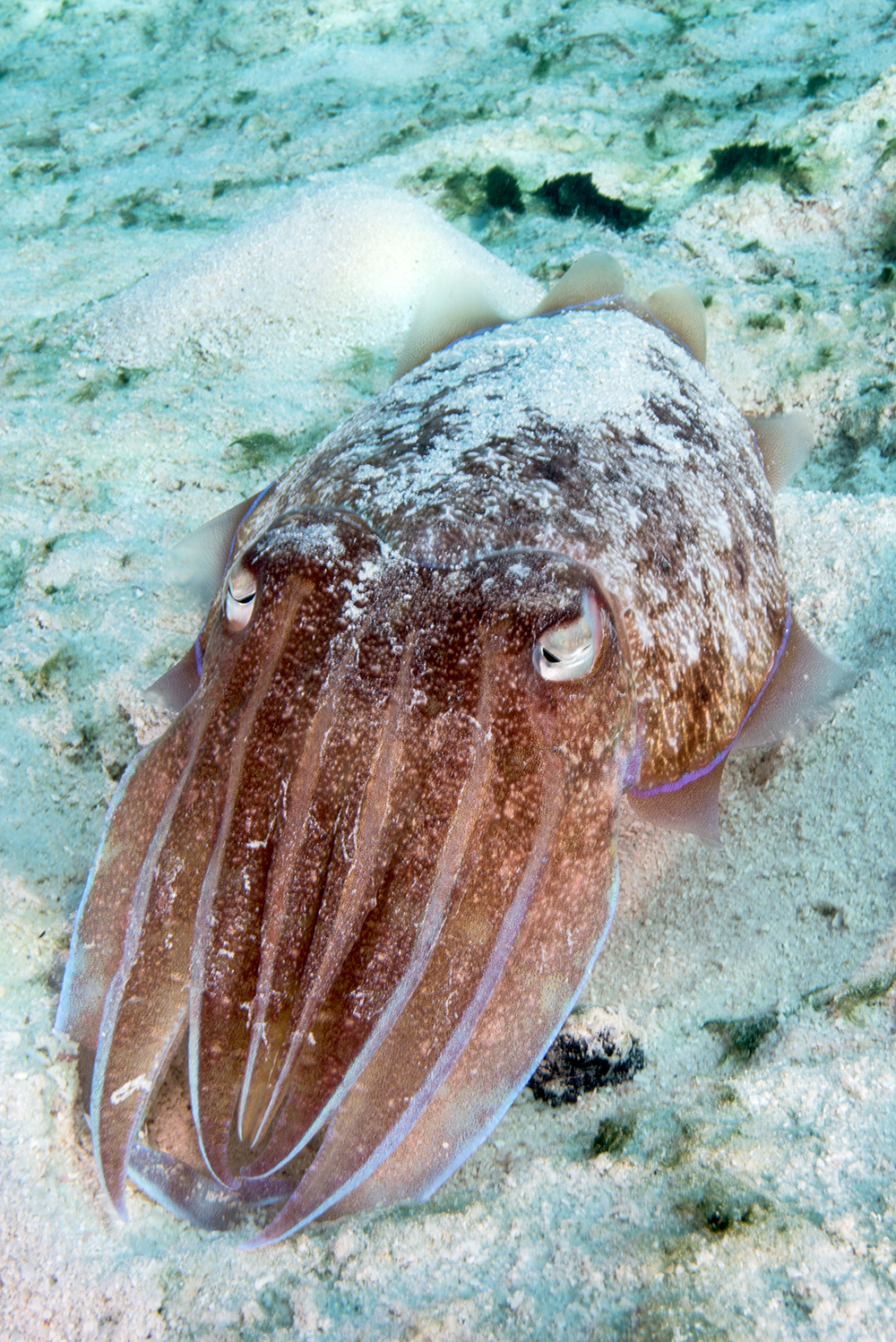 This adult was a beautiful animal and I could have spent many hours watching its subtle color changes, but alas, air cylinders don’t last forever.

The tiny specimen was a really lucky find.  I was exploring a shallow reef and came across a species of whip coral and thought I’d look for whip coral gobies.  I didn’t find any and was being plagued by copepods that were attracted to my lights and were really getting in the way.  That’s a big one, I thought as something the size of a grain of rice caught my eye, before I spotted its huge eyes.

As you can imagine, it took a fair while to get a shot of such a tiny creature that was quite intent on keeping out of my way and I’d have loved to get it ‘head on’.

I do love the shot though and I love the way you can see the animal’s pigment filled chromataphores  so clearly.  I just want to know if it is a cuttle or not.