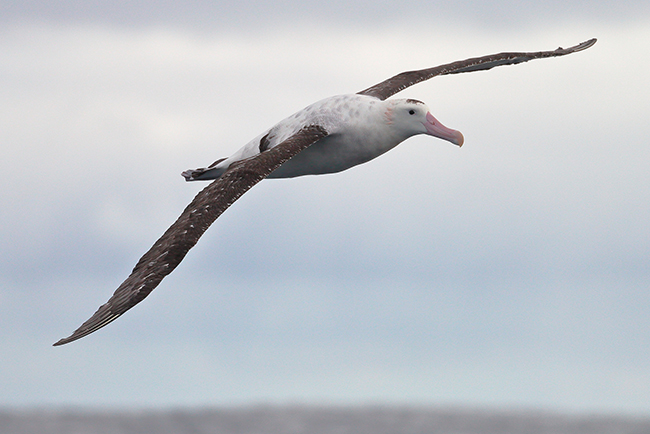 I’ve been hearing a lot recently about a fantastic piece of research that has shone new light on the behavior of one of our most iconic marine birds, the Wandering Albatross.  It turns out that these ocean birds use self-generated bioluminescence to fish for squid. 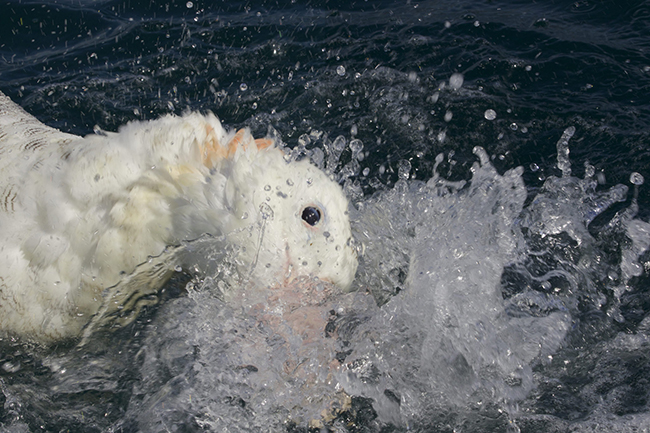 OK, this bird is likely having a bath, but imagine its night time and its eating squid … and it just helps to illustrate the point…

The story started online with the British Science Festival.  A presentation by Professor Rory Wilson from Swansea University, in Wales, featured various albatross species that had been tagged with complicated electronic sensors to map and record their movements.  The sensor used accelerometers, magnetometers, temperature sensors, and so forth, which allowed the researchers to follow the animals’ lives in unprecedented detail and produce what the team calls a ‘daily diary’

“The problem with animals is we often want to know things about them that they don’t want to tell us or that aren’t easy to find out. The only way to do it is to put something on [the animal] that will accompany it,” Prof. Wilson said.

“The most surprising thing that we have discovered was from wandering albatrosses.” Said Prof. Wilson, after receiving data that suggested that albatross were sitting on the water at night swimming in circles.

“We saw that the wandering albatross would swim at night in crazy circles for periods from 40 seconds up to seven hours, continuously, and then they’d suddenly be eating.”

At first the team thought this was an error until they realized this was real behavior and could answer a question of how albatross have been found with squid in their stomachs.

“What we think they’re doing is, when it is very dark in parts of the ocean, they’re swimming to agitate bioluminescent plankton, causing a bright glow. The squid, attracted like a moth to a flame, will then swim to the light and get eaten,” Prof. Wilson said.

I wonder if the bird uses one leg only to swim in a circle and then swaps to the other when it gerts tired. I’m not sure if anyone has asked this question yet.