The Alien Landscapes Lurking Inside Coral 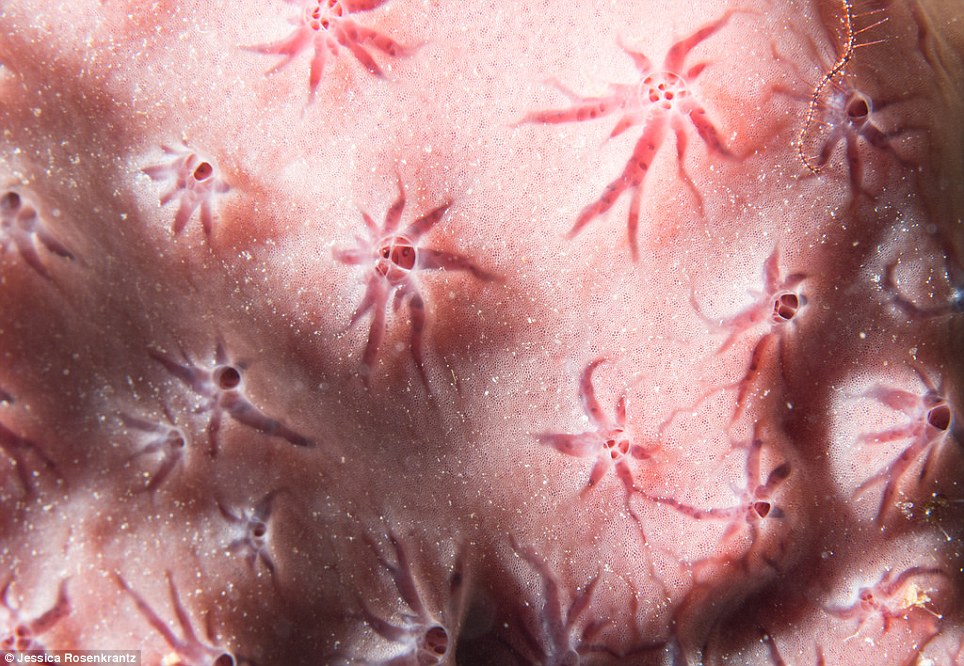 Massachusetts-based artist and designer Jessica Rosenkratz captured the close-up shots, including this star encrusting coral, during dives off the coasts of Windsock beach, Bari Reef and Tolo on the island of Bonaire. Encrusting corals grow on hard rocky surfaces. They grow larger in diameter, rather than height, which is common in many other coral species. This gives them the advantage over other corals in terms of size, yet they are brittle and can break in storm conditions

From breathtakingly clear shots of brittle stars and vivid sea sponges, to the intricate, yet delicate skeletons of coral, one photographer has managed to document the beauty of Caribbean reefs in exquisite detail.

Massachusetts-based artist and designer Jessica Rosenkratz took the shots during dives off the coasts of Windsock beach, Bari Reef and Tolo on the island of Bonaire.

She used macro lenses and strobe lights to capture the extremely close-up images and is planning to use them as inspiration in her design studio. 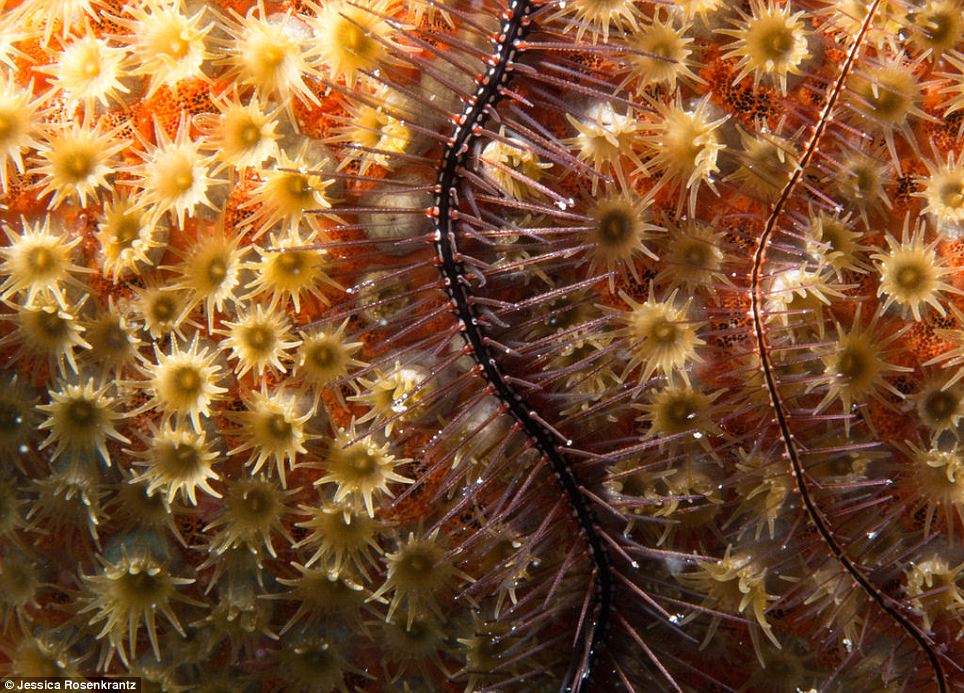 One of the most hardy corals photographed during Rosenkratz’s trip was the zoanthid, pictured, a type of so-called colonial coral. Colonies of coral consist of separate polyps that can live together and each contribute to the area¿s ecosystem. Zoanthids are photosynthetic yet can live in very low light levels and may occasionally eat brine shrip, for example.The Palythoa zoanthid produces Polytoxin that can be deadly 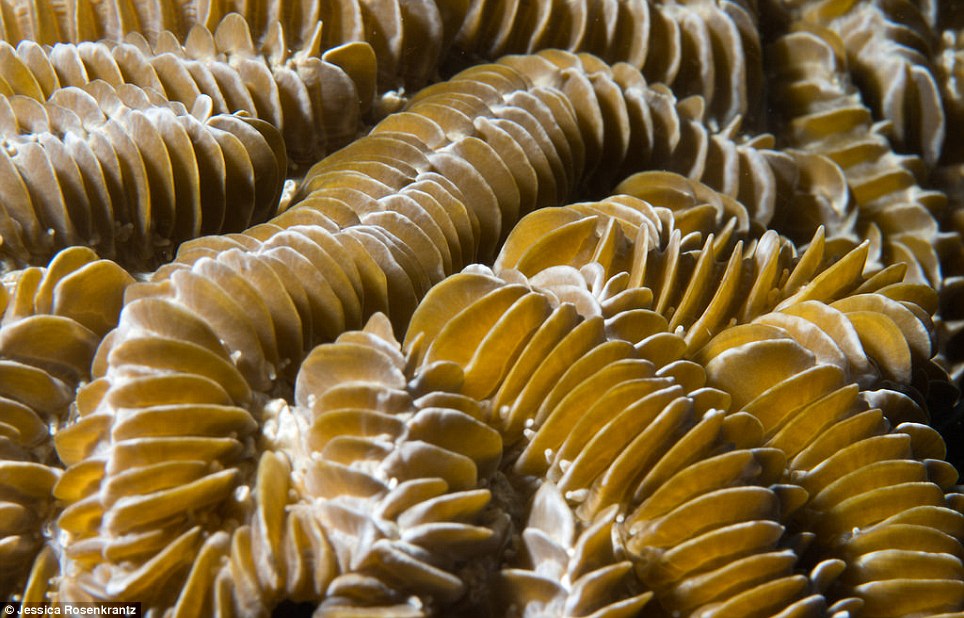 During the dive Rosenkrantz also managed to take macro photos of maze coral, also known as the Platygyra Brain Worm Coral, pictured. Platygyra comes from the Greek word platys, meaning flat, and gyros, which means wide circle. This describes the maze-like channels of its skeleton. Large maze corals can grow up to 7-inches wide 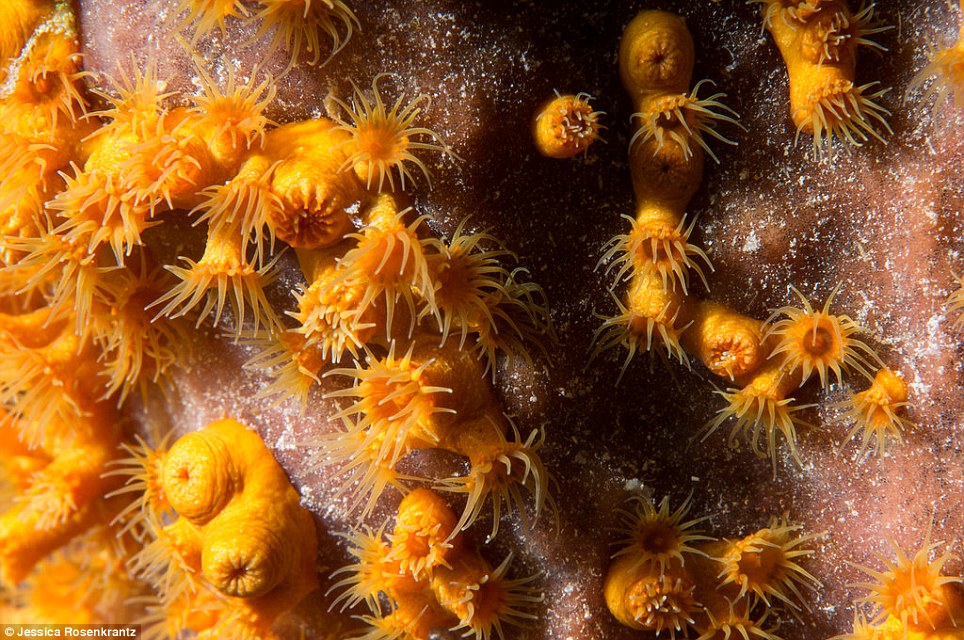 The individual golden zoanthids, also captured by Rosenkratz, pictured, are, on average, approximately 0.25-inches wide. They are found in the Caribbean and the Bahamas, predominantly in shallow waters. The zaonthid grows symbiotically on several species of sponge in small groups and rows on the surface of their host. They resemble small sea anemones and get their name from their orange and yellow coloring