The newly described Alelia’s Damselfish (Altrichthys alelia) is an unrepentantly bizarre species, with a mode of reproduction that you’d be more likely to encounter among freshwater cichlids than in your typical coral reef fish. Rather than allowing its larvae to drift away into the open ocean, this species, as with the two others in its obscure little genus, guards over its recently hatched juveniles until they are large enough to fend for themselves. 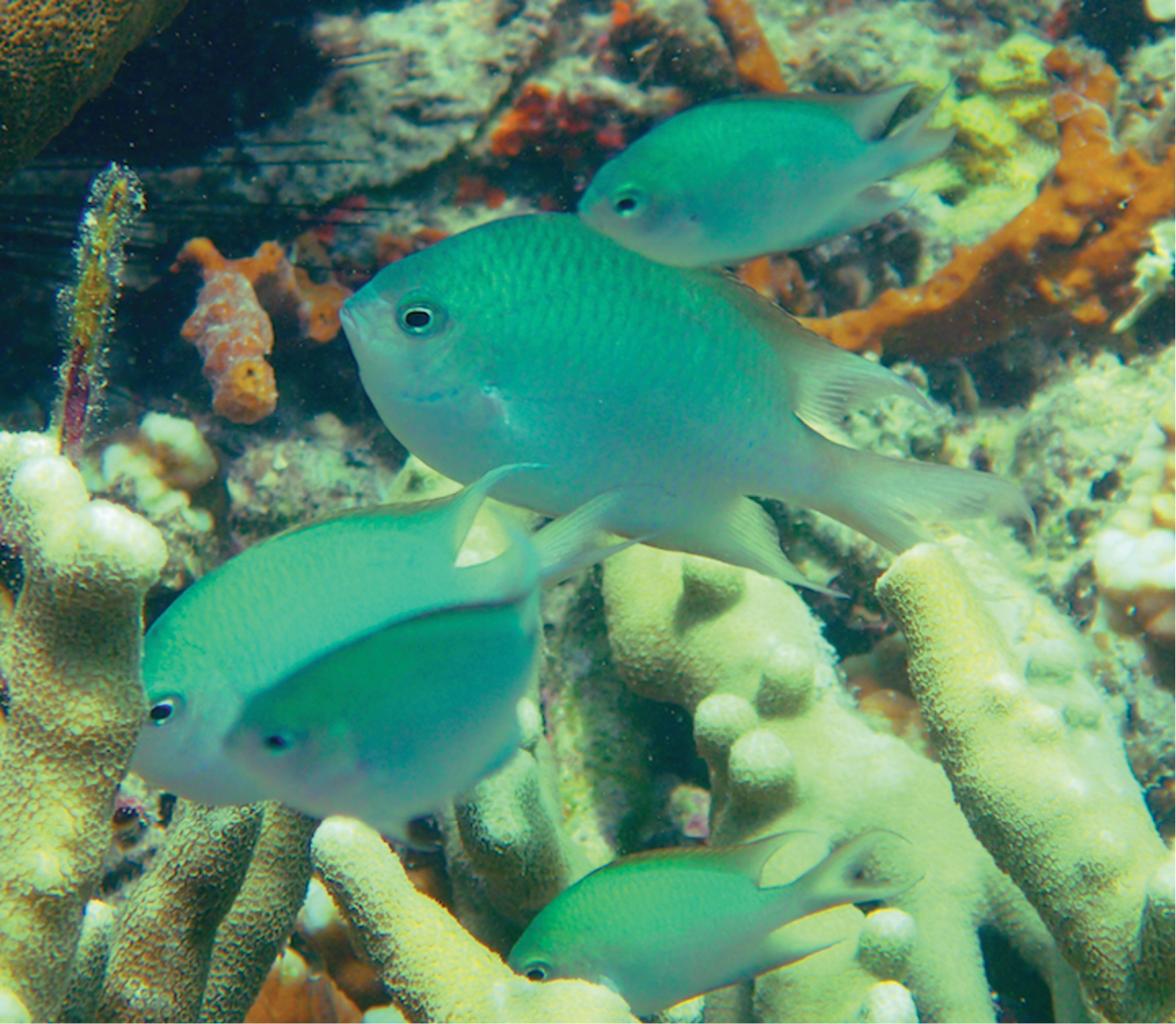 This reproductive behavior is exceptionally uncommon. Of the thousands of fishes which occur in and around coral reefs, the only similar example that aquarists are likely to be familiar with is the Banggaii Cardinalfish (Pterapogon kauderni), which protects its young by mouthbrooding. The only other comparable example can be found in the closely related Spiny Chromis (Acanthochromis polyacanthus), whose colorful juveniles are occasionally collected for the aquarium trade.

The Altrichthys damselfishes are equally enigmatic when it comes to their highly unusual biogeographical distribution in the Pacific. The three species in this group are only known from a few small islands—the Calamianes and Cuyo Archipelagos—situated between Palawan and the main islands of the Philippines. This area represents the easternmost edge of the asiatic continental shelf, a region known as Sundaland. During periods of lowered sea levels (such as the Pleistocene ice ages) these shallow waters become elevated above sea level; however they still remain narrowly separated from the rest of the Philippines by a deep strait. This no doubt acts as a strong barrier for any fish incapable of swimming across these treacherous waters, whether it be as an adult or as a larva. 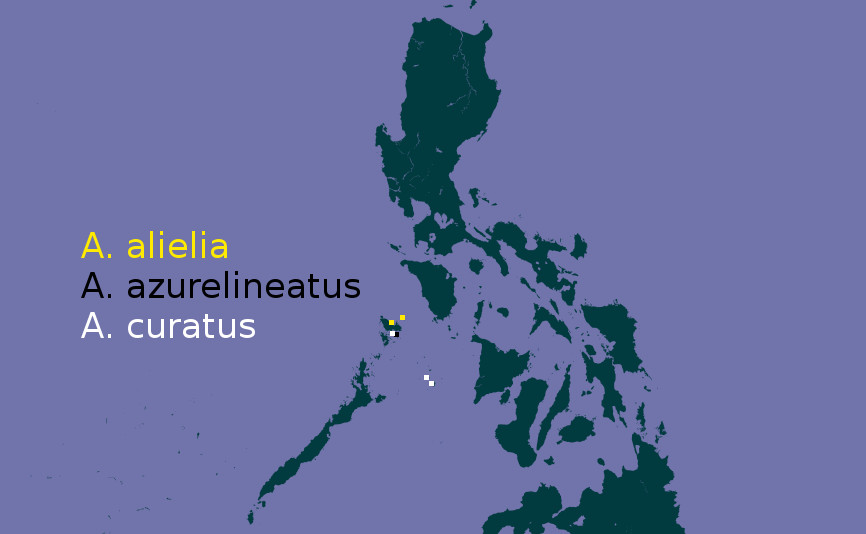 Still, as satisfying as this answer is, there are many other unanswered questions regarding these peculiar damselfishes. For instance, the Spiny Chromis is far more widespread, despite having a seemingly identical reproductive method. It differs ecologically in swimming higher off the reef and in favoring the outer portions of fringing reefs, which might imply that this fish is a bit more proficient at swimming and, in turn, better able to disperse itself. Altrichthys, on the other hand, are found in shallow, nearshore reefs dominated by branching Porites and Acropora.

Of the three known species, Alelia’s Damselfish is most closely related to the Azure Damselfish (A. azurelineatus), not to be confused with the familiar Azure Damoiselle (Chrysiptera hemicyanea). These two Altrichthys appear to have non-overlapping ranges in the Calamianes Islands, with A. alelia occupying the northern reefs and A. azurelineatus occurring to the south. They can be told apart easily enough based on the color of their fin margins—orange in A. alelia versus black in A. azurelineatus. And sympatric with both of these is the rarer Guardian Damselfish (A. curatus), which can be identified by its lack of colored fin margins and a shorter lateral line. It is reported to be most abundant in shallow habitats (<3m) and appears to get competitively excluded by its relatives in deeper reefs.

One of the most significant unanswered questions with regards to Altrichthys is why the genus speciated where it did. What brought these fishes to the Calamianes and why have they seemingly not advanced any further abroad? Are these relics of a more geographically widespread lineage, or are they instead newcomers in the very earliest stages of spreading across the Indo-Pacific. Our understanding of coral reef biogeography and its impact on the evolution of novel fish lineages remains quite limited. When major clades arise, does this happen all at once across a broad geographical expanse (e.g. the West Pacific) due to some new ecological or behavioral shift, or does it perhaps occur in a more limited area (e.g. the Calamianes), where speciation can progress in relative isolation before spreading further?

This is the most intriguing mystery surrounding the Altrichthys damselfishes and emphasizes why the group deserves more study than it has received to date. We now have a relatively strong understanding of the species level diversity and ecology within the genus, but its the origins of the group itself which remain shrouded in mystery. Palawan’s close geologic relationship with continental Asia has produced endemic taxa in a handful of other reef fishes (e.g. dottybacks, gobies), but these are seemingly without exception known to belong to diverse species complexes spread across the broader Coral Triangle. It’s really only in this one pomacentrid lineage that evolution has let loose its reigns to create something truly original here. Elucidating how and why this occurred could eventually lead to a clearer picture for what biological and geographical mechanisms underlie the creation of coral reef biodiversity.