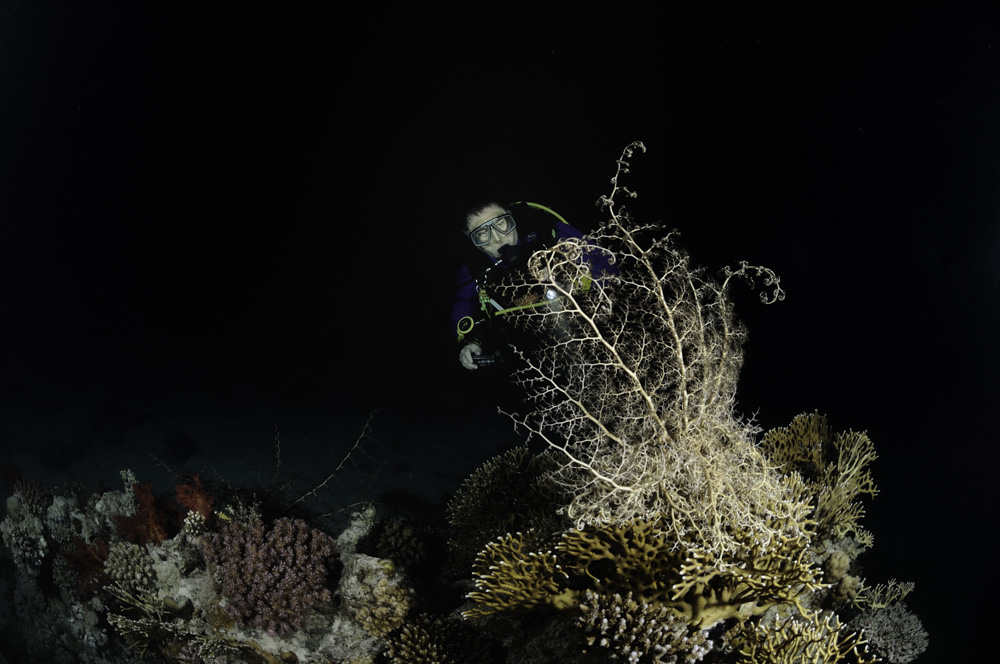 I recently had the pleasure of seeing a diver come across their first basket star.  I was in the southern Red Sea on a night dive on a shallow off-shore reef.  We were finning along through a series of coral pinnacles and bommies looking for the night-time critters that make this sort of diving so much fun.  I noticed a fellow diver flashing his light at me to get my attention.  He then shone it on the basket star. 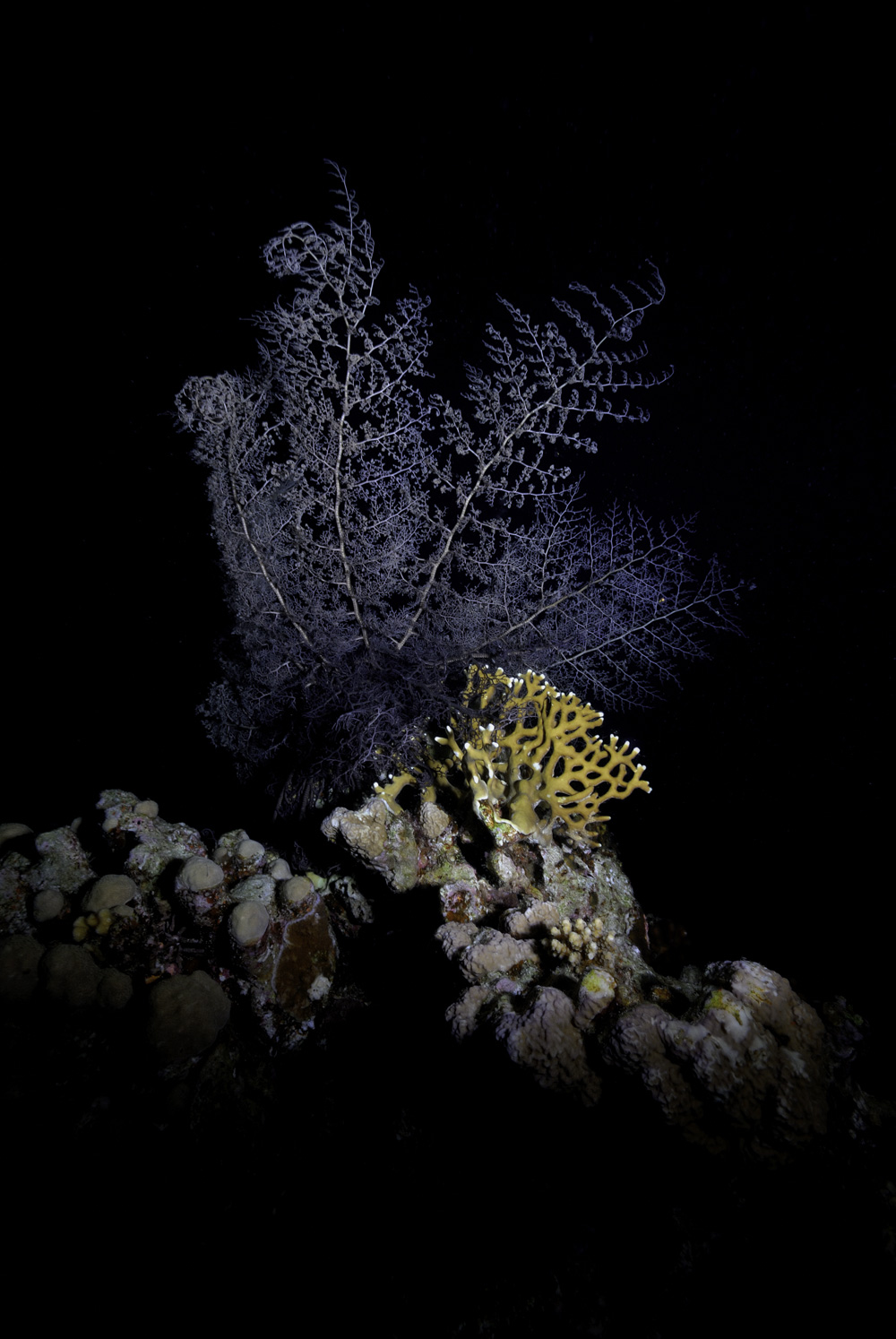 I could tell he was surprised to spot the animal in the first place; you don’t often see a meter diameter animal that looks like the frame of an umbrella designed by someone on a psychedelic experience.  And, as anyone will know who has seen these animals, his torchlight caused it to immediately start to furl itself up, one frond at a time.  He was clearly fascinated!

I’ve seen a number of these animals now and I’ve learned that to shoot them you must use a red-light torch to focus and then hope you get the right exposure and framing as you’ll only have a small window before the animal reacts to you. 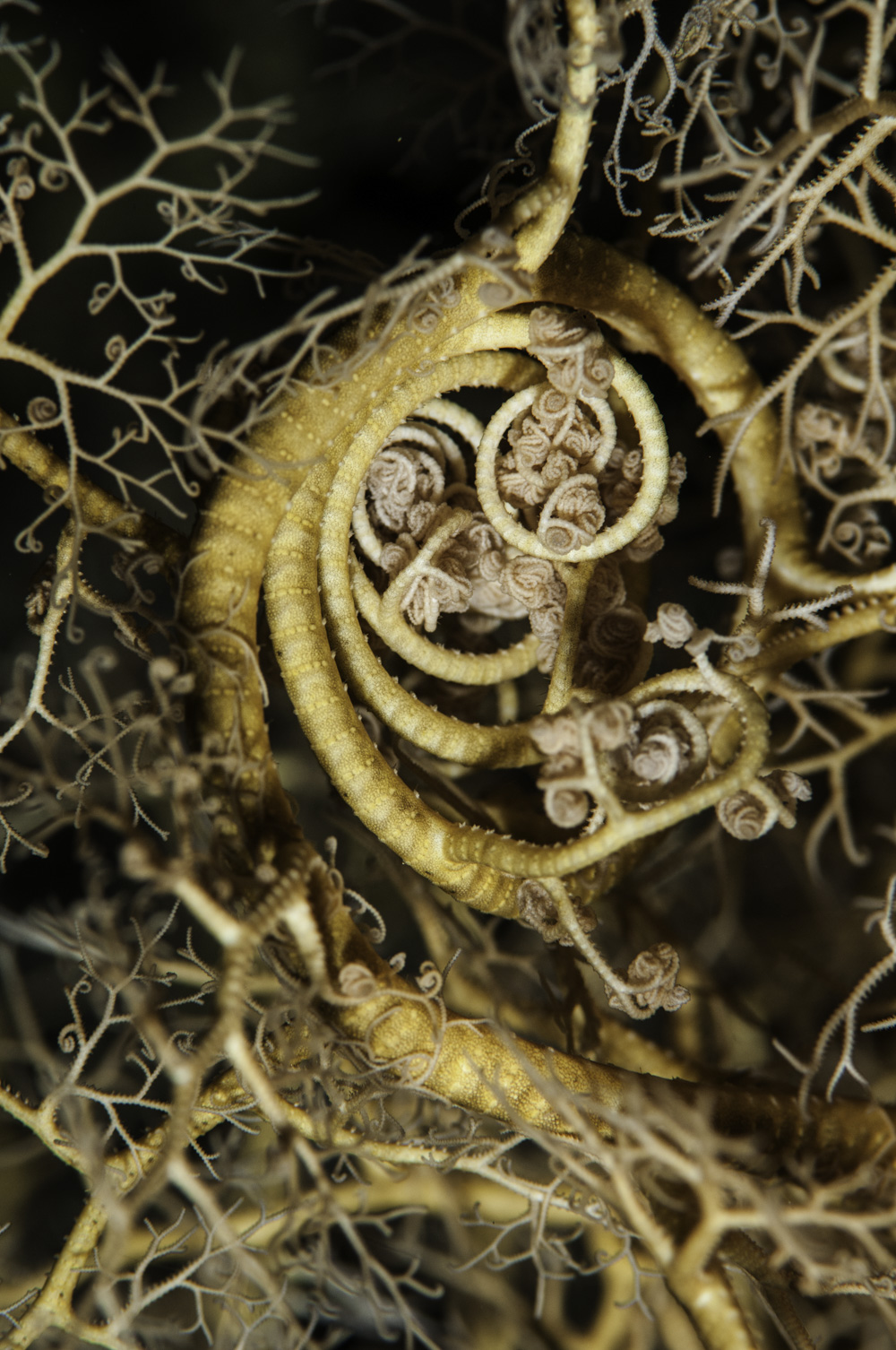 But what are they?  Well they’re echinoderms, the same as other stars and urchins.  More accurately they’re Ophiuroids, and are related to brittle stars.  Basket stars have more ‘arms’ than brittlestars, in some cases 27, and as you can see their arms are highly modified to trap passing food particles from the currents.  I have seen rocks where several basket stars have selected positions where they can all orient themselves into the flow of food particles and resemble a series of satellite dishes. 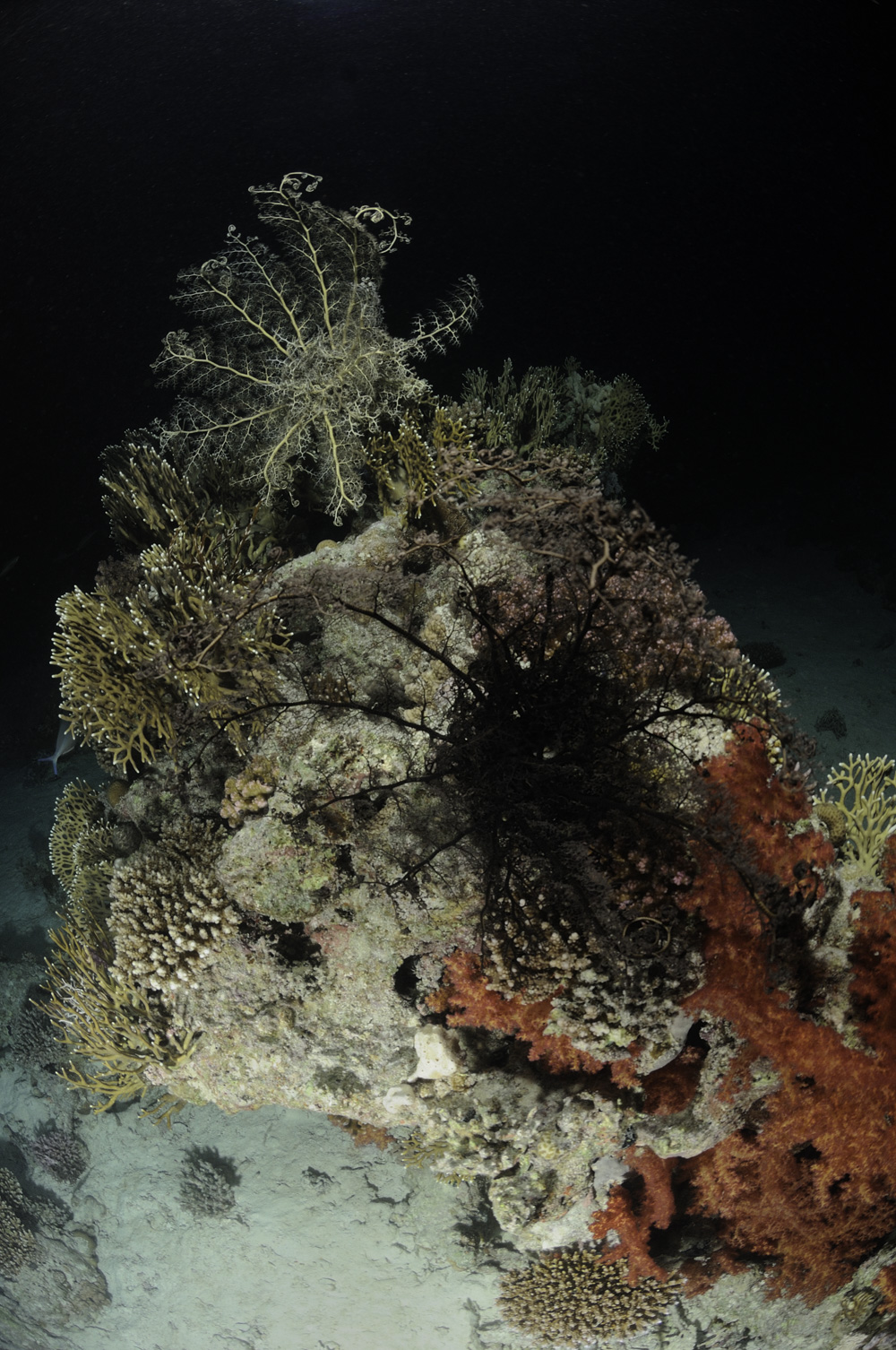 Basket stars are found in all the world’s oceans, many at great depths.

During the day and when a wandering photographer gets too close, the animal winds itself into a tight ball.