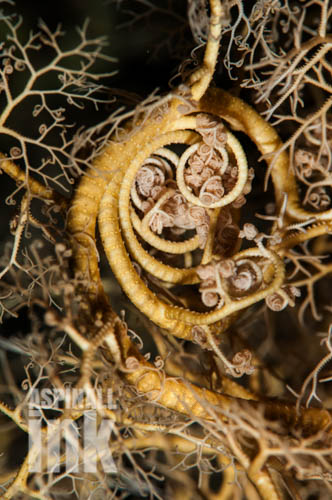 I have a massive fondness for basket stars, their fractally configured, furled structure is highly appealing: each arm branching into smaller and smaller versions of itself; they remind me of underwater ferns.

Biologically, these animals are echinoderms, that amazing and vast group of animals that includes sea cucumbers, star fish, and crinoids (feather stars and sea lilies).  You’d assume that, given their lifestyle and superficial characteristics, basket stars would be closely related to the Crinoidea family, but they are actually more closely related to brittle stars, and belong to the family Ophiuroidea, sub order Euryalina. 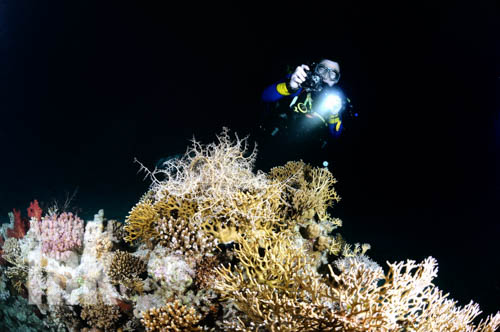 a diver’s flashlight causes the basket star to furl up

There is some great video footage online of basket stars underwater. 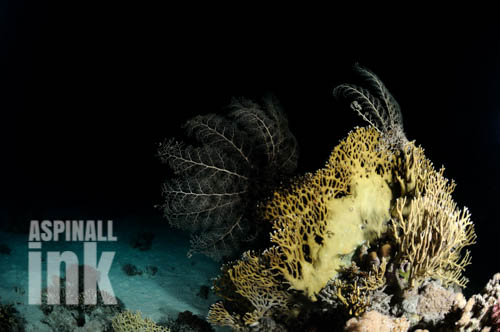 These nocturnal animals aren’t easy to watch; they are very sensitive to light and, if they detect a diver’s light, will quickly fold themselves back up into a fist sized ball that looks a little like an untidy ball of string.  The entire animal can even relocate to a crevice if it feels threatened.  When I do find them on the reef and try to get a good photograph, I have to battle between using a light to get the focus right and getting the shot quickly before the animal furls up again. 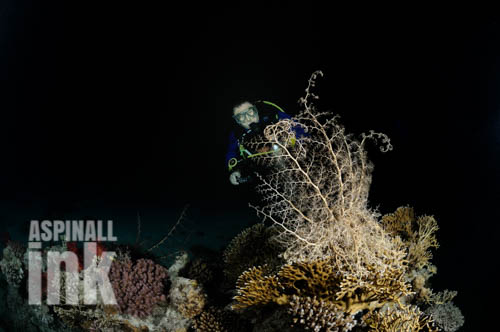 Basket stars share the radial symmetry of their brittle star kin, though it might be hard to see this in real life- their ‘arms’ divide much more prolifically, and offer a large surface area on which to capture plankton. The animals are usually found in areas of high, regular current, and situate themselves atop coral bommies or similar structures to await their prey. Several individuals can easily share the same location. 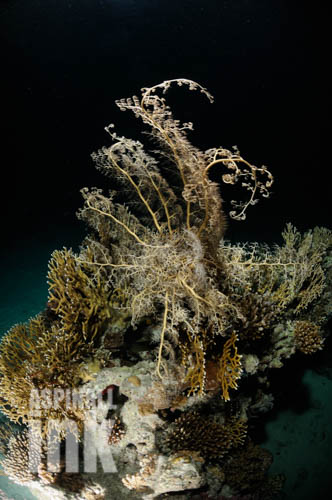 The animals featured here are Astroba nuda, photographed in the Red Sea. They can grow to over one meter in diameter and personally I think they rather resemble satellite dishes.

I have never heard of them being kept in captivity, but if you have any stories or pictures to share, please leave them in the comments below.