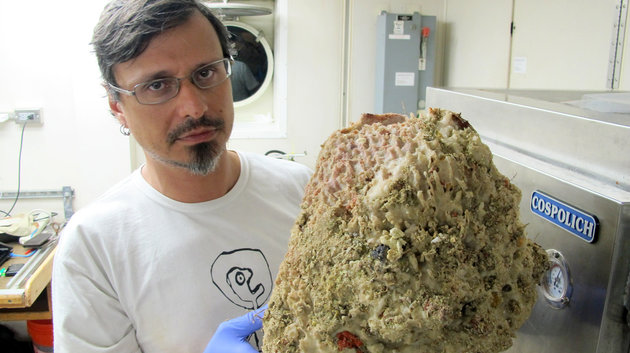 Here is an interesting article that shows just how little we still know about our aquatic world. International researchers discovered an extensive coral reef that was hidden in the Amazon River. The discovery was made in 2012, but was just published on Thursday in the Journal Science Advances. The purpose of the 2012 research was initially to study the effects of plume on the way the ocean absorbs carbon dioxide. However, Rodrigo Moura, a reef ecologist, had a different idea. Relying on a paper from 1977 indicating that the area contained certain fish, which could signify the presence of coral reefs, Moura wanted to try and find the reef. And he was successful. Using sonar technology, the researchers took samples from the ocean floor and discovered the coral reef in the Amazon River. The reef was found between 164 and 329 feet deep and covers about 5,900 square miles. “We brought up the most amazing and colorful animals I had ever seen on an expedition,” Patricia Yager, University of Georgia oceanography and climate change professor, said in a University statement. According to National Geographic reports, those animals included sea fans, bright colored fish and yellow and red sponges. Scientists were surprised to find such colorful and tropical fauna in an area with little light and oxygen. Among reports of extensive coral bleaching and loss of coral reefs worldwide, the discovery of this reef is a rare reason for cheer. Regrettably all is not well for this newly found coral reef gem, as the Brazilian government has sold a significant amount of land to oil companies, which includes some of the reef. MORE