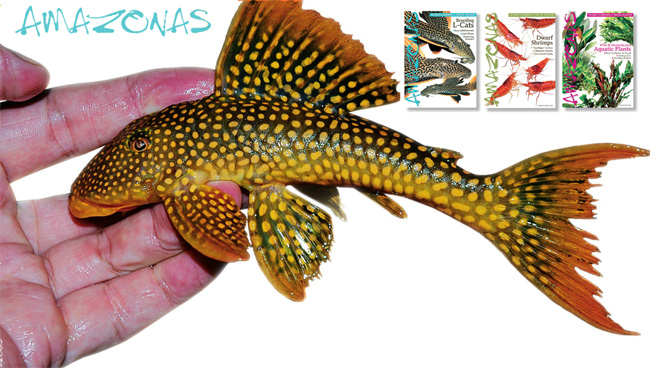 Whoah!  There are fish that don’t need saltwater?

That’s right!  The press release today from Reef to Rainforest Media is our first glimpse of the new English magazine AMAZONAS from the team that publishes our favorite mag, CORAL.  From the release:

“As it happens, CORAL has a younger sister publication that is considered one of the world’s finest freshwater magazines, although heretofore only available in German…. AMAZONAS is now in its seventh year of publication in Germany, and beginning with the January/February 2012 issue, it will also be available in English, published by the same team that brings you CORAL.”

But don’t take our word for it. On the website you’ll be able to click the cover on the home page and actually see the prototype digital edition.

Stay tuned for the official website launch tomorrow. You’ll also want to be on the lookout for the launch of AMAZONAS’ social media networks tomorrow. On official launch day, we will be giving away free subscriptions throughout the day to randomly selected people who “like” the AMAZONAS Facebook page and follow AMAZONAS on Twitter! Who knows how many “likes” and “follows” AMAZONAS will secure in the first 24 hours, but we’re pretty confident saying you have a good chance of winning one if you get involved!

Be sure to take advantage of this great offer on the new magazine!