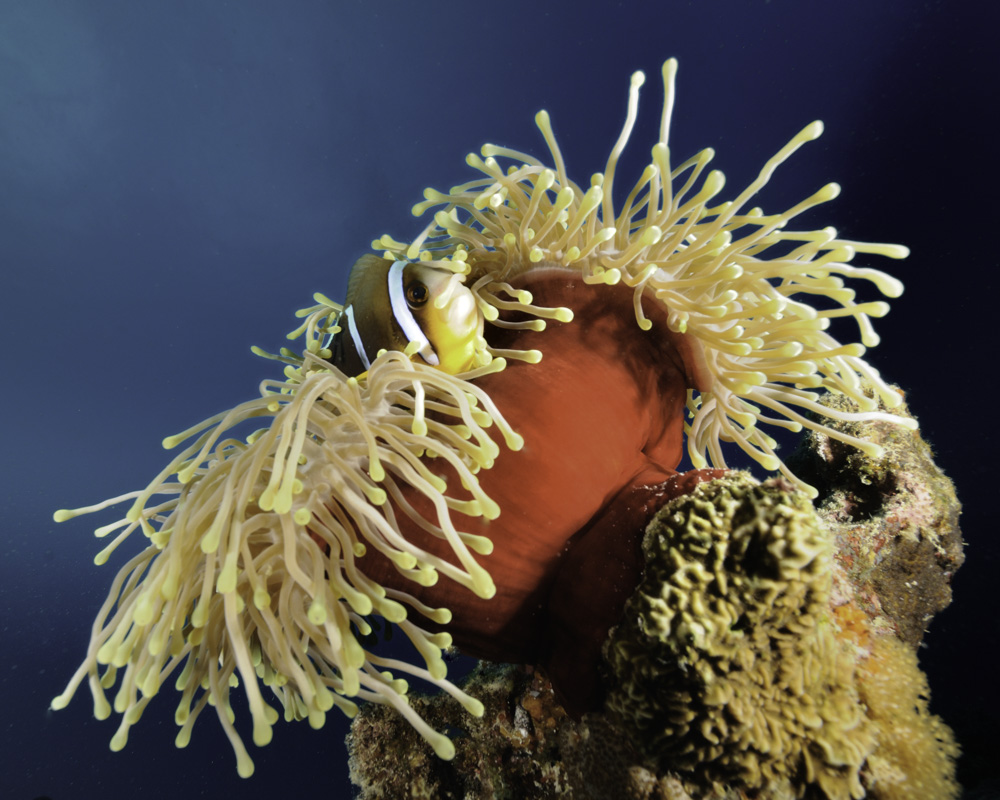 It’s been a few years since I’ve shared these images and a few years since I wrote about them, but it was this trip, looking for the Mauritian Clown, that first started me down the underwater photographer road.  I’d say I owe these perky little clowns a great deal. 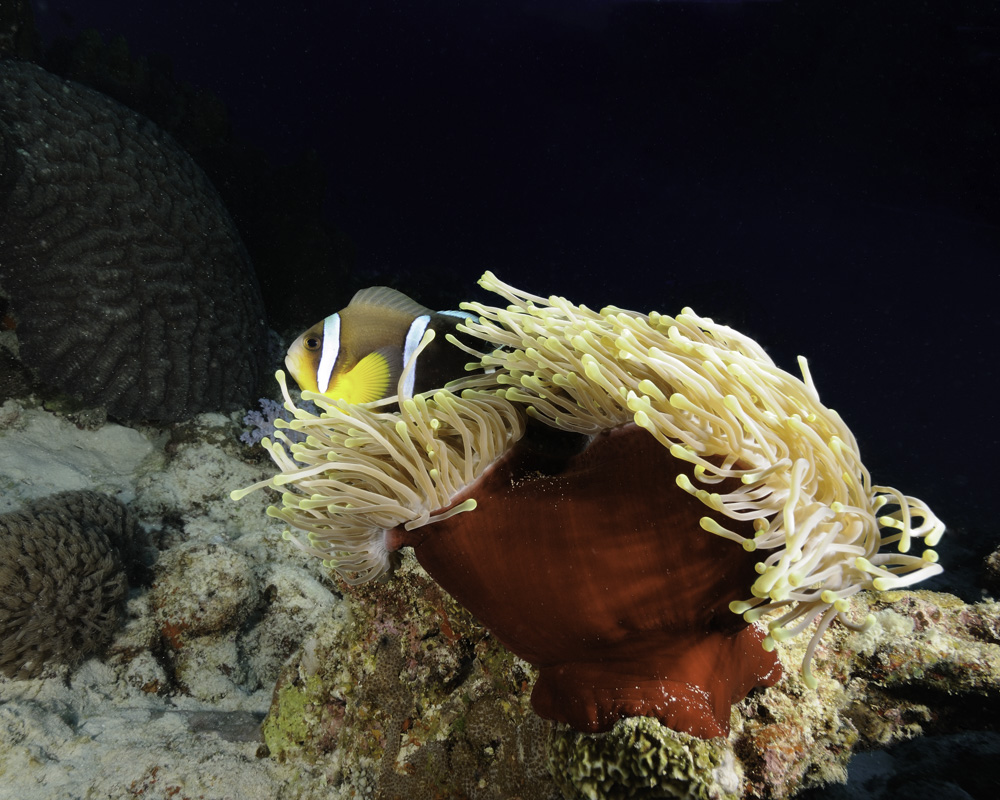 A good few years ago, I was lucky enough to secure a trip to Mauritius.  A few friends suggested I look out for a few local endemics, from parrots to the local clown species, A. chrysogaster.  I wrote a few articles about the fish at the time, but what still stands out for me was the way in which I got the shots.

Back then I had a camera housing from a well-known company that used clear polycarbonate materials for the body and a lens port locking system that works fine, as long as you’re not in a rush. Yes, I was that eejut (as they say where I live), I was distracted and failed to secure the port correctly, and the inevitable happened. 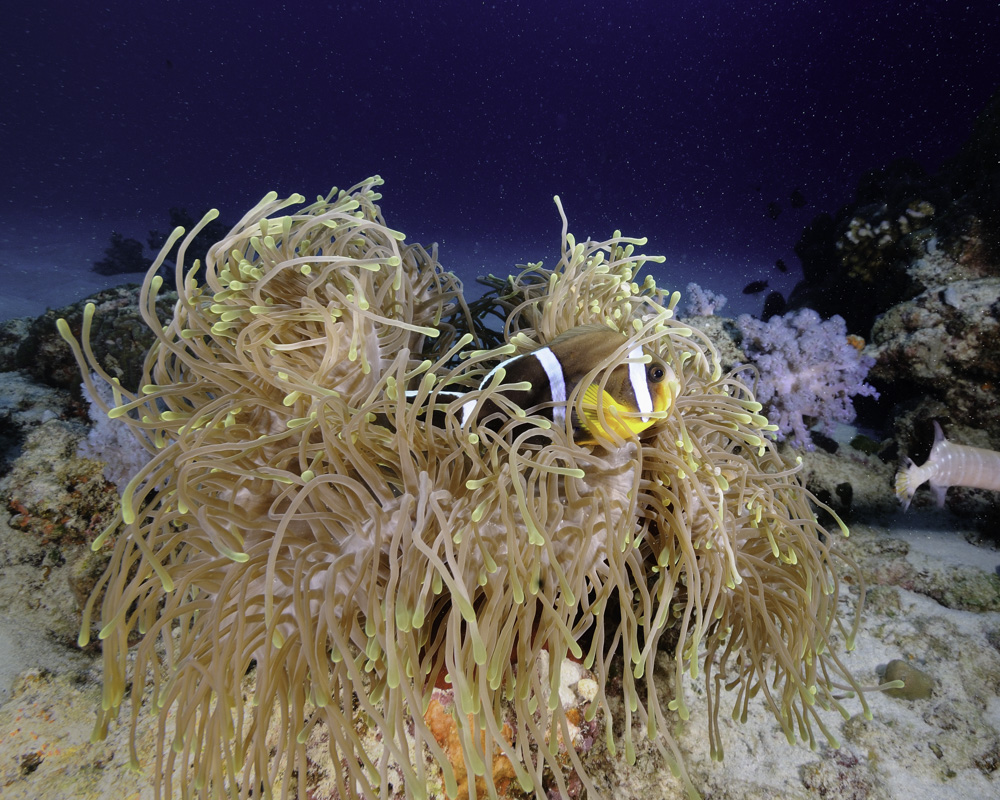 The dive itself was nice enough, the guide showed me the fish and there they were, happily in their ‘nems. As I looked through the viewfinder to take some shots all I could see was black.  My first thought was that I’d left the lens cap on – I’ve done that a few times – but no!  I looked at my camera to see my Nikon dSLR soaking in seawater, which was getting browner by the minute as the electronics rotted.  As you can imagine, I was not a happy chap. 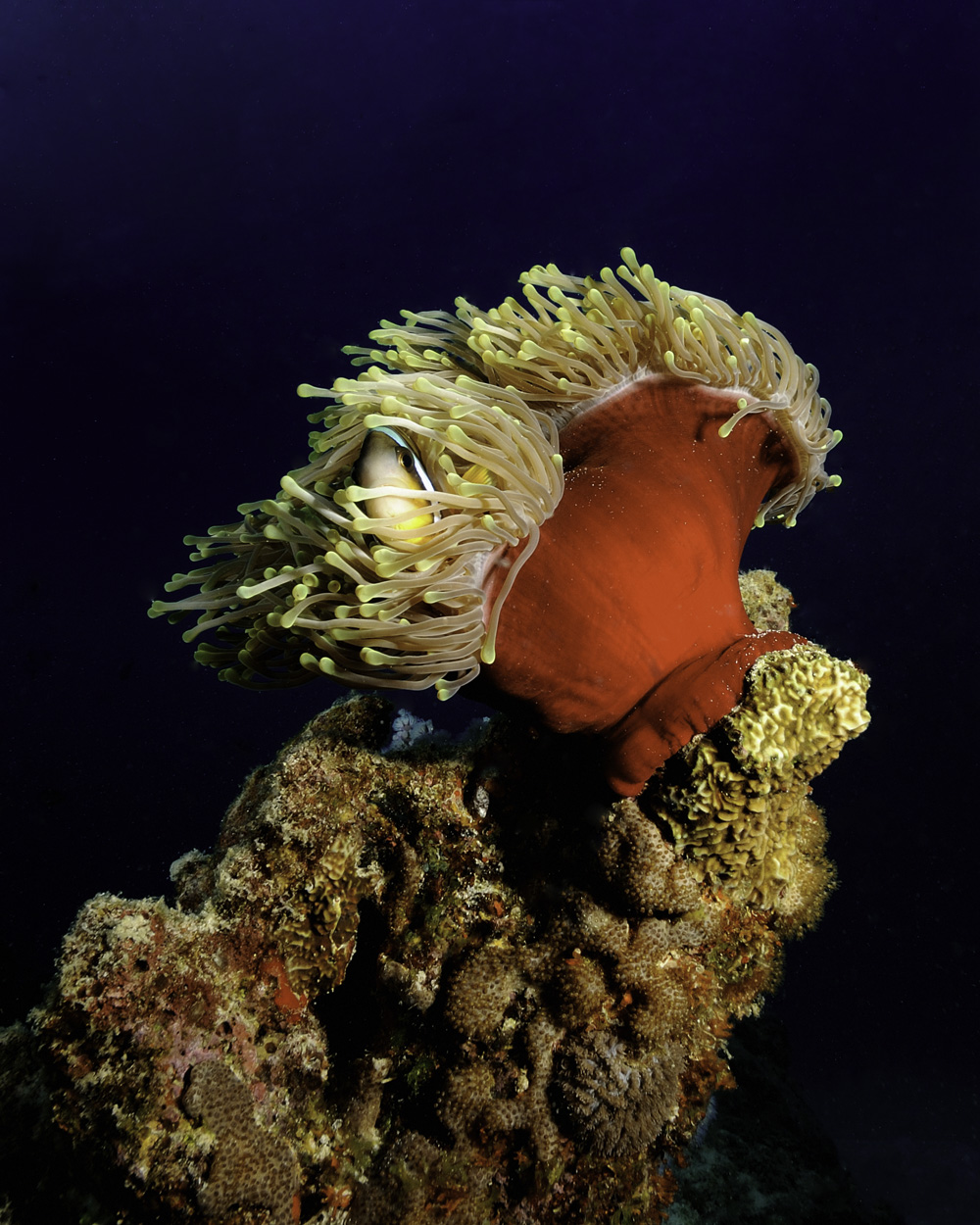 That night, over an awful lot of self recrimination, I realized I could still get the job done.  I had another Nikon body with me and the housing was still basically sound, though I’d need to rip out the flash conversion circuitry and dry it out.  At around two in the morning, and much to my wife’s disapproval, I set about modifying the housing with nothing but a swiss army knife, to take a slightly newer and subtly different Nikon body.  I’d have no access to most of the controls and I’d have only manual flash settings, but I’d be able to work the trigger (and autofocus) of course.

As you can see, it worked, and these are still some of my favorite images.  Thinking it might make an interesting tale of ‘make sure you’re not an idiot’ I sent it off to a diving magazine and surprisingly, they picked it up.  I owe those clowns a great deal!  My current camera housing is designed to defend against human error, being much more idiot-proof, which is just as well.