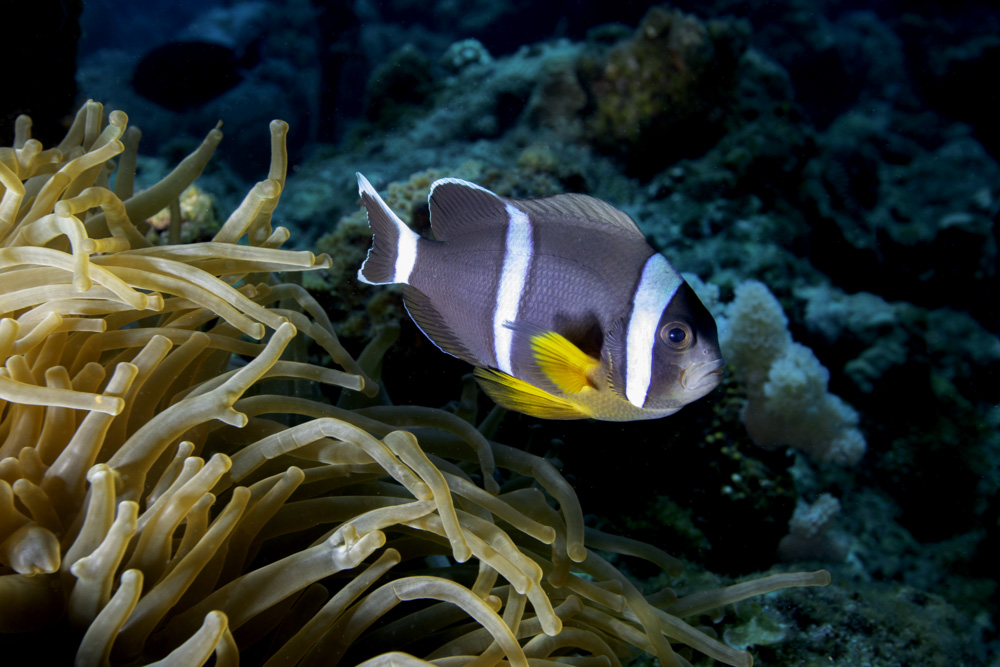 It’s been a number of years since I was fortunate enough to travel to Mauritius, luckily though, I was asked to travel there on assignment at the end of last year, meaning I was able to revisit some great dive sites with some great fish.  My favorite has to be Amphiprion chrysogaster, the Mauritian Clownfish.

Chrysogaster is a wonderful fish, slightly reminiscent of A. clarkii and A. sebae, to which it is closely related, being part of the Clarkii complex.  Here’s a short piece of GoPro footage I took of two ‘nems worth of fish.

The first pair are mature adults and almost black, save for the white lines, resembling the fish below. 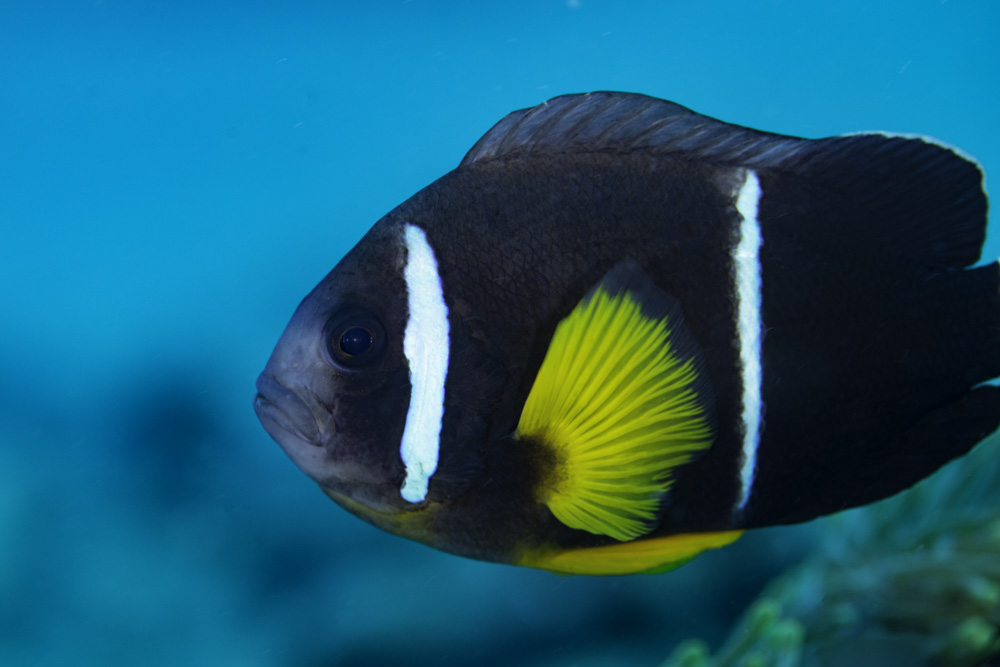 This fish was shot without flash. With flash they have a slight brown sheen to them, as can be seen in the main image.

The second pair are juveniles, with a very young almost post larval fish.  They are recognizable from other species by the white stripe along the top of the caudal fin, this feature is very pronounced in juveniles, see below. 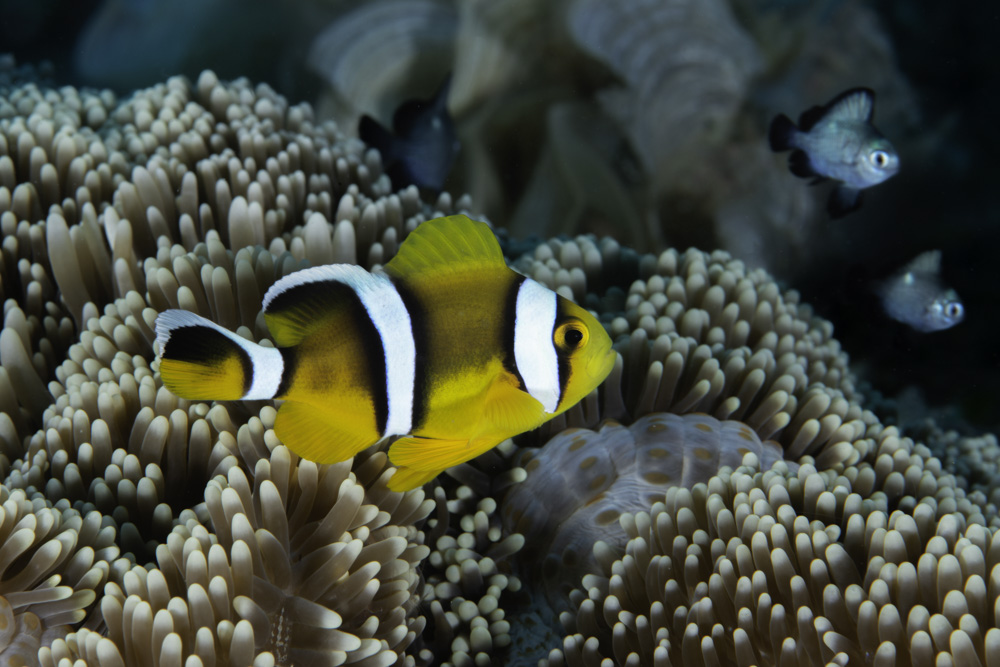 Chrysogaster will host naturally in Heteractis magnifica, H. aurora, Macrodactyla doreensis, Stichodactyla haddoni and S. mertensii Interestingly I found a report that fish which host in S. mertensii are generally darker in color.  I don’t know if this is true or not, but as you can see there is quite a degree of variation amongst the fish shown here.

I’m not sure how often these fish reach the trade, but they are reported to be easily kept.  They have been bred in captivity.