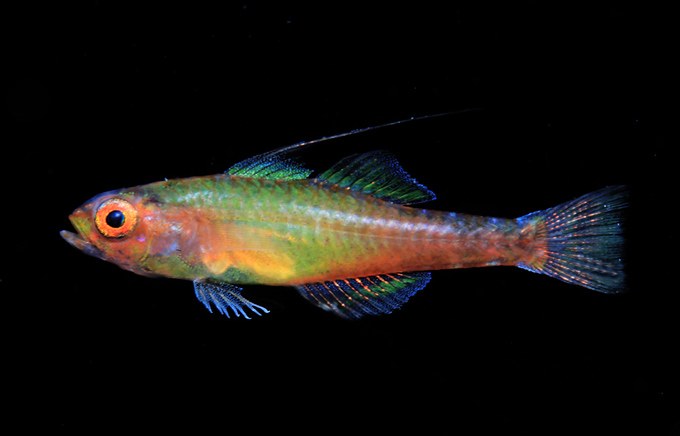 
Trimma helenae was discovered last summer by Dr. Mark Erdmann.  This month, it was official described and named after Helen Newman, the lead biologist of the expedition that found this glowing jewel of a fish.  Recent surveys of the biological hotbed Coral Triangle (notably by Conservation International and the California Academy of Sciences) have turned up many new species.  If a fish this gaudy was only recently described, imagine what other exotic species we’ve yet to find!