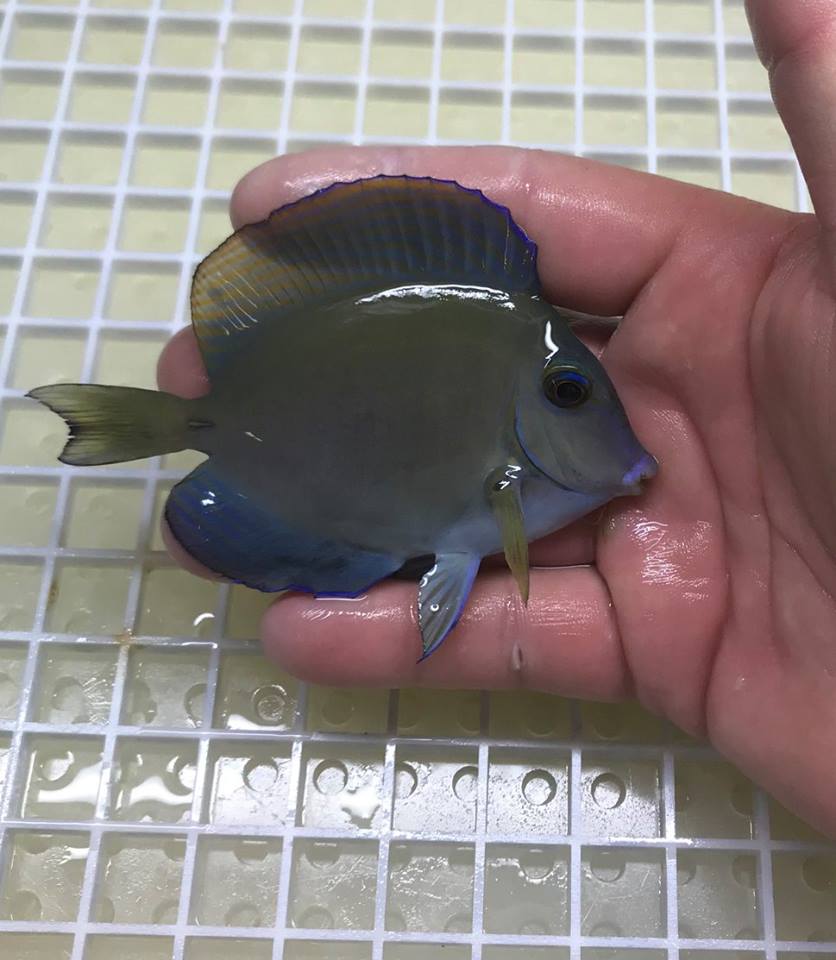 A general rule among most hybrids is that the two parent species need to be closely related to produce progeny. We see this maxim pop up again and again among reef fishes. This is why we can get a Bluespicuous Angelfish or a Lamarckispilos Angelfish, but not, for instance, a Lemonpeel X Flame hybrid, despite both being common in the Central Pacific. In the Chaetodontoplus and Genicanthus examples, the parent species are very closely related, while the “Centropyge” angelfishes are actually representatives of two distinct lineages (really, two different genera). Sadly, we will likely never see a Lemonflame (though it would no doubt be amazing). The same pattern seems to hold true for the reported hybrids among the Chaetodon butterflyfishes, with close relatives intermingling among themselves, but rarely, if ever, with more distant congeners.

The family Acanthuridae—surgeonfishes, tangs, bristletooths, sawtails, unicornfishes—for the most part hews closely to this trend. For instance, there are plenty of hybrids documented among the handful of Zebrasoma tangs, but never a Zebrasoma X Paracanthurus mix, as these fishes are simply too dissimilar. The largest group within the family is comprised of Acanthurus & Ctenochaetus (~47 species), which we can break into a half-dozen or so major lineages. And, again, most of the documented hybrids appear to be confined within these major subgroups, like with the suspected Whitetail X Kole and Chevron X Kole hybrids found last year in Hawaii. The phylogeny I’ve included below gives an approximation of the interrelationships of this highly speciose group, and the two species to make special note of here are Acanthurus coeruleus and Acanthurus tractus. 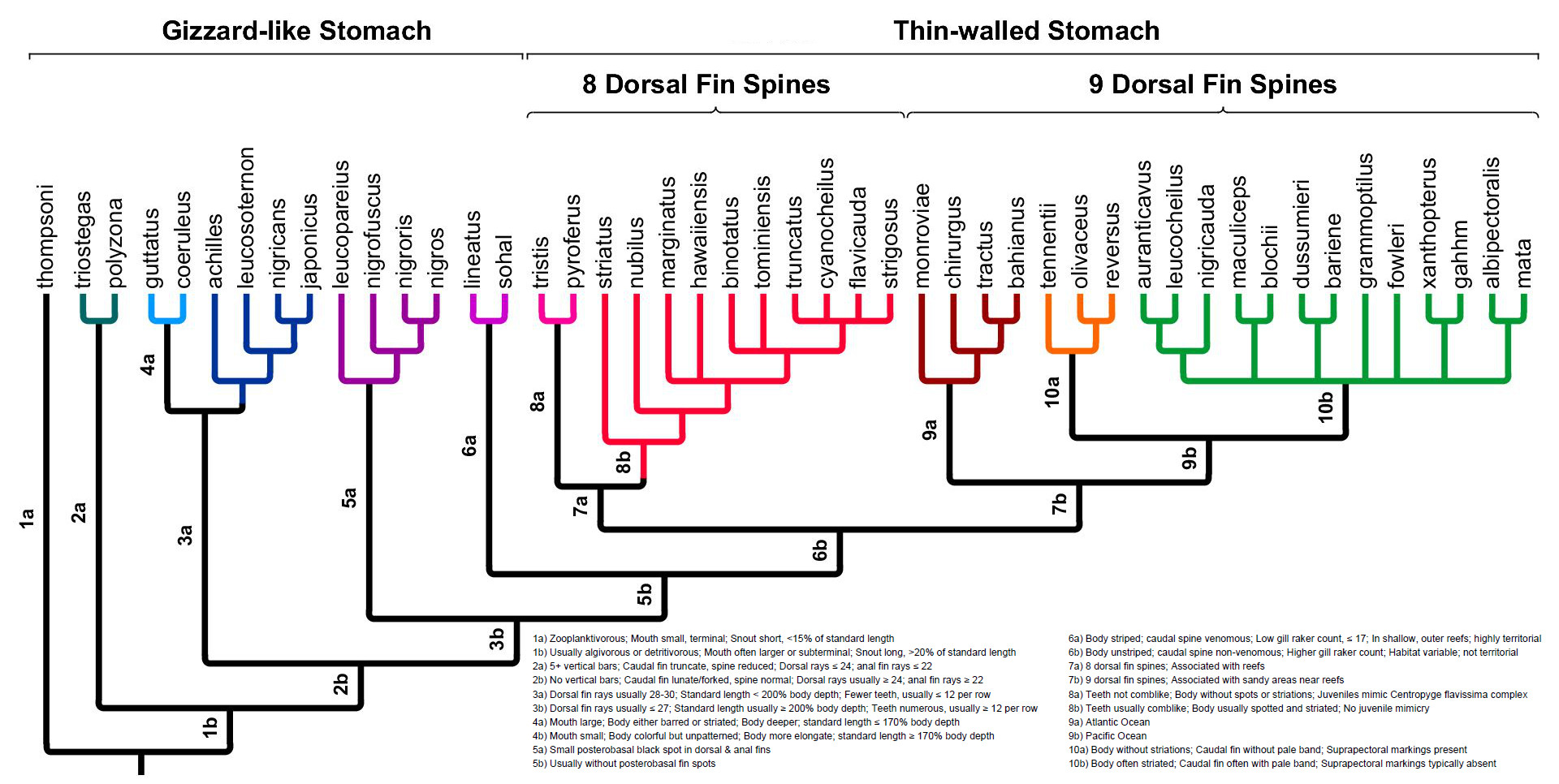 Acanthurus phylogeny, based in part on Sorenson et al. 2013.

These are, from an evolutionary perspective, not particularly similar to one another, having last shared a common ancestor roughly 20 million years ago (Sorenson et al. 2013). The Atlantic Blue Tang is a tall-bodied fish that grazes heavily on algae, whereas the Ocean Surgeonfish is noticeably more elongated and belongs to a mostly detritivorous lineage (basically, ingesting the upper layer of sand and silt for organic material). And, yet, despite their drastic ecological, morphological, and, presumably, genetic differences, these two Caribbean species have been found to produce hybrid offspring on several occasions now.

Dynasty Marine recently shared the image seen at the top of this post, which marks the third time that they’ve encountered a specimen in Florida waters. An interesting mix of traits is present. The body has a tall, coeruleus-like shape to it, while the colors are clearly more in line with the grey palette of A. tractus, including the arcing blue facial marking near the eye. A closer morphological examination would be informative, as these two species have some significant meristic differences in their tooth arrangement (top/bottom: 18/20 vs. 14/16), gill rakers (13-14 vs. 18-24), dorsal fin rays (26-28 vs. 23-26), and anal fin rays (24-26 vs. 21-23).

Though it might not be an especially eye-catching hybrid, for its sheer evolutionary novelty, for the general unlikeliness of its very existence, this has to be considered one of the most remarkable interspecies mixes ever documented among reef fishes. It would be fascinating to know whether it’s capable of breeding with either of its parent species or, if like a mule, it is completely sterile due to some chromosomal irregularity. I’d wager that given the rarity with which it is encountered, the latter scenario is most likely. 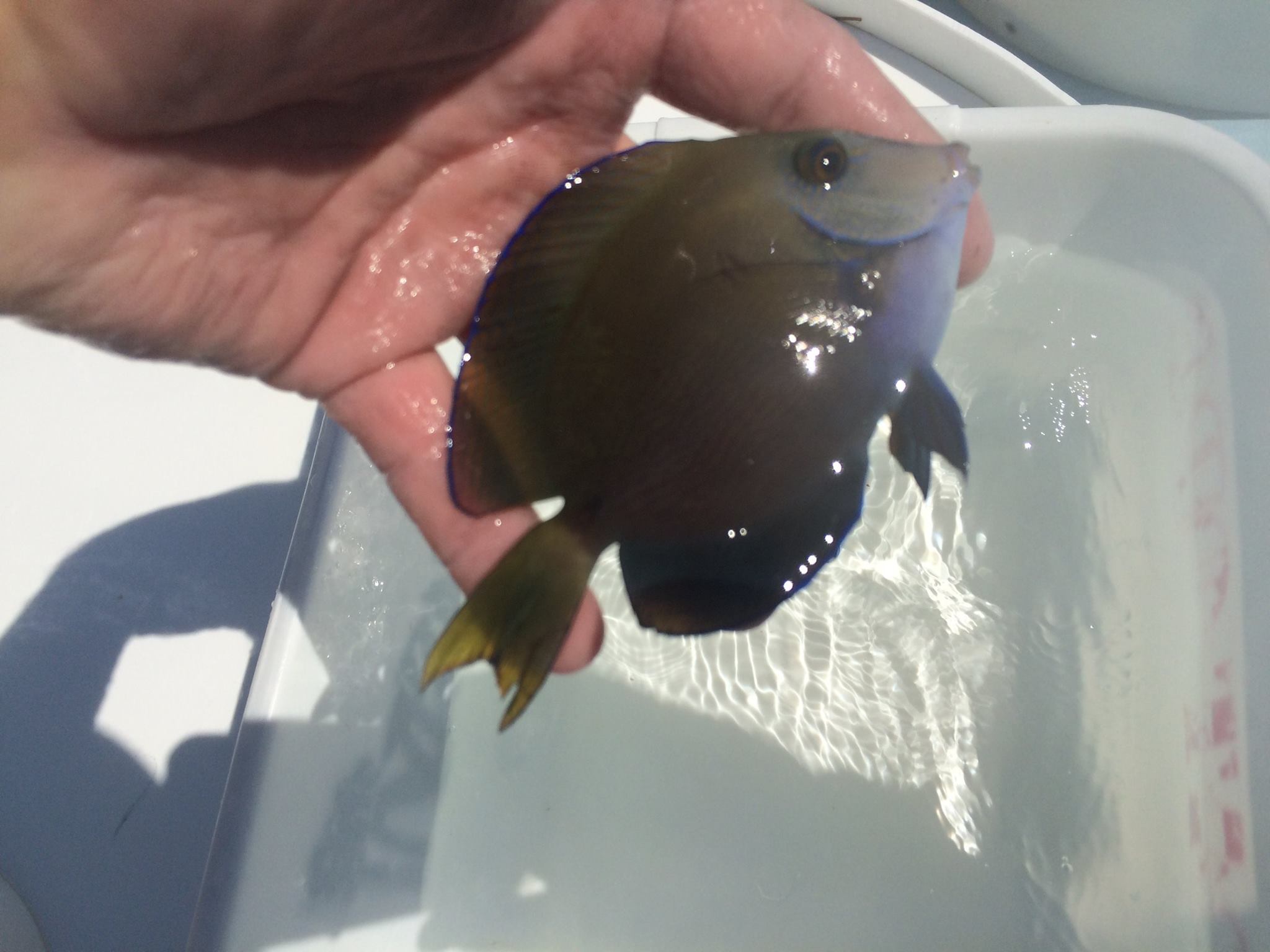 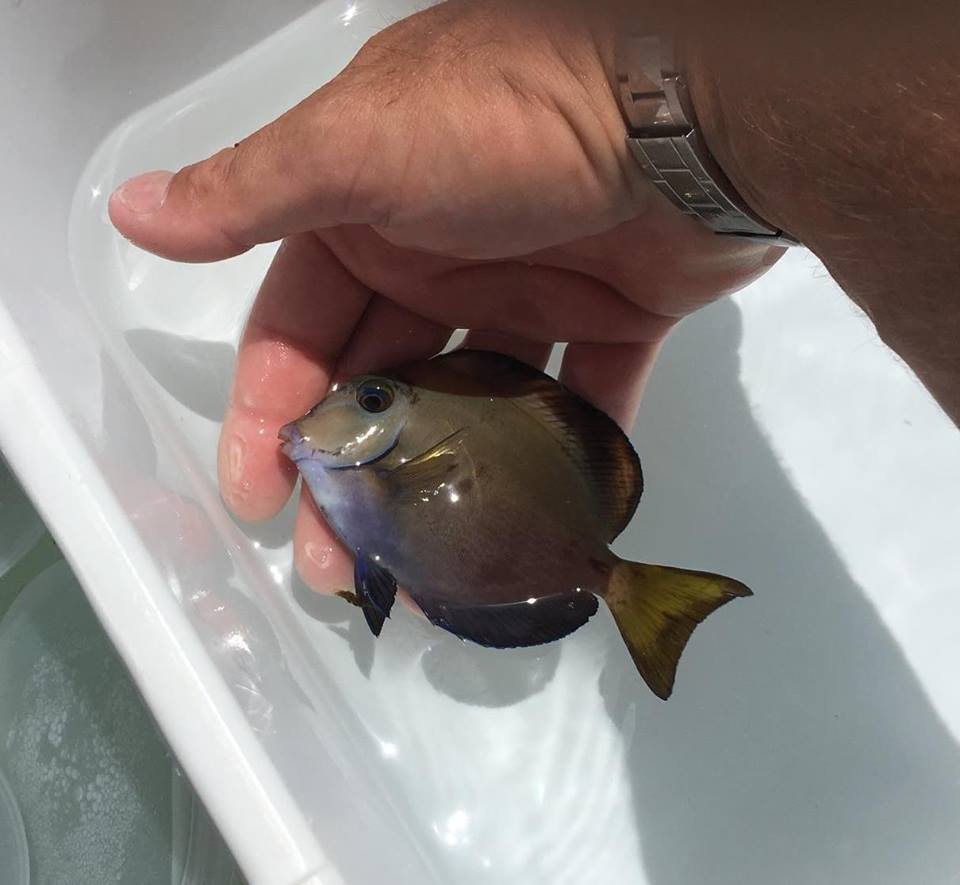 A third specimen of the tractus X coeruleus hybrid. Oh, wait, this fish needs a stupid name, doesn’t it? How about… the Blue Ocean Surgeontang? 🙂 Credit: Dynasty Marine