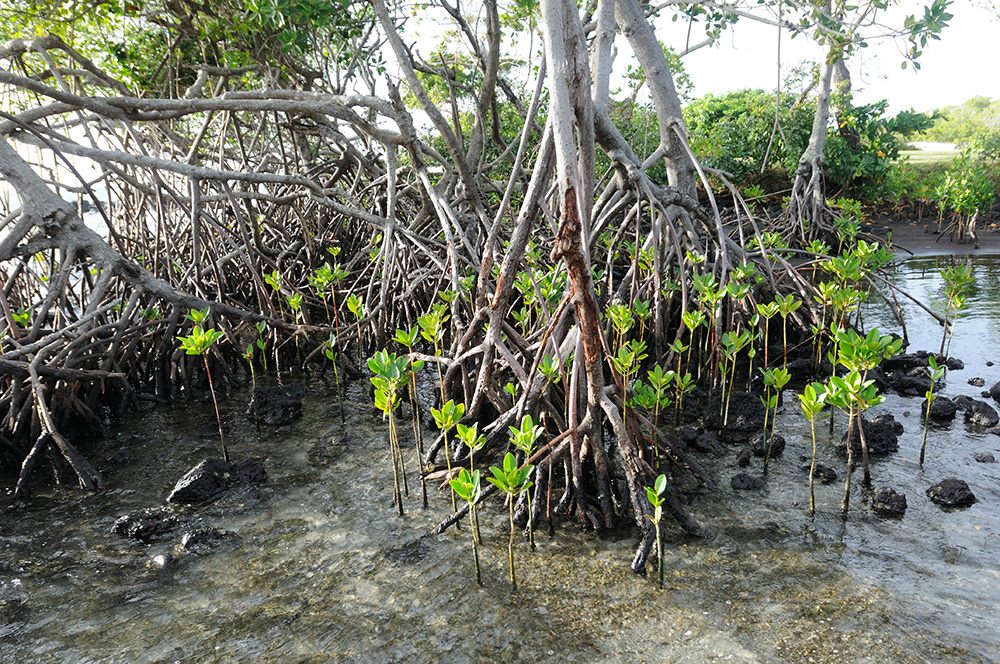 My earlier post featuring the harsh environments faced by White Mangroves in the Red Sea has prompted me to share some images of a much ‘friendlier’ location for mangroves.

These images from Mauritius in the Indian Ocean show a location where the mangroves are growing with ease.  This location has plants from the Rhizophora genus, most likely, R. mucronata.

This species is widespread around the island and forms thick stands wherever it is allowed to do so – development has cleared many of the forests.  Mangroves are found growing in shallow, entirely marine habitats, brackish tidal areas and in some cases, well into river mouths – indicating they can tolerate variable levels of salt.  They are also found growing on rocky shores as well as estuarine and shallow silty areas.  Given that the plants’ roots trap sediment, silt will build up, creating ‘swampy’ conditions. 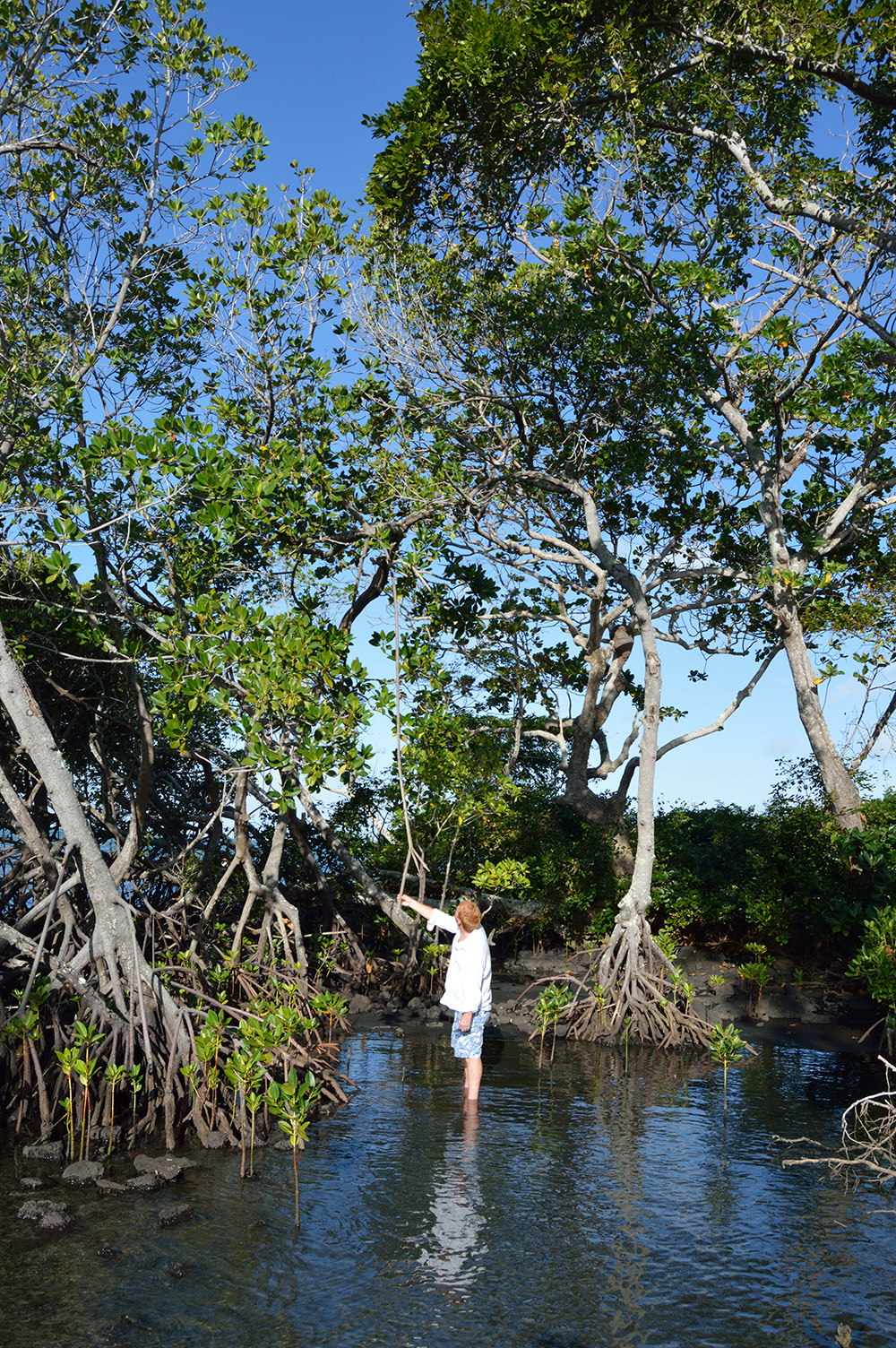 As you may know, Rhizophora species propagate themselves using propagules (a kind of partially developed seedling) which, depending on species, can survive for many days in the ocean. These fetch up on shorelines, and begin to develop a root structure.  The plants’ roots develop rapidly. 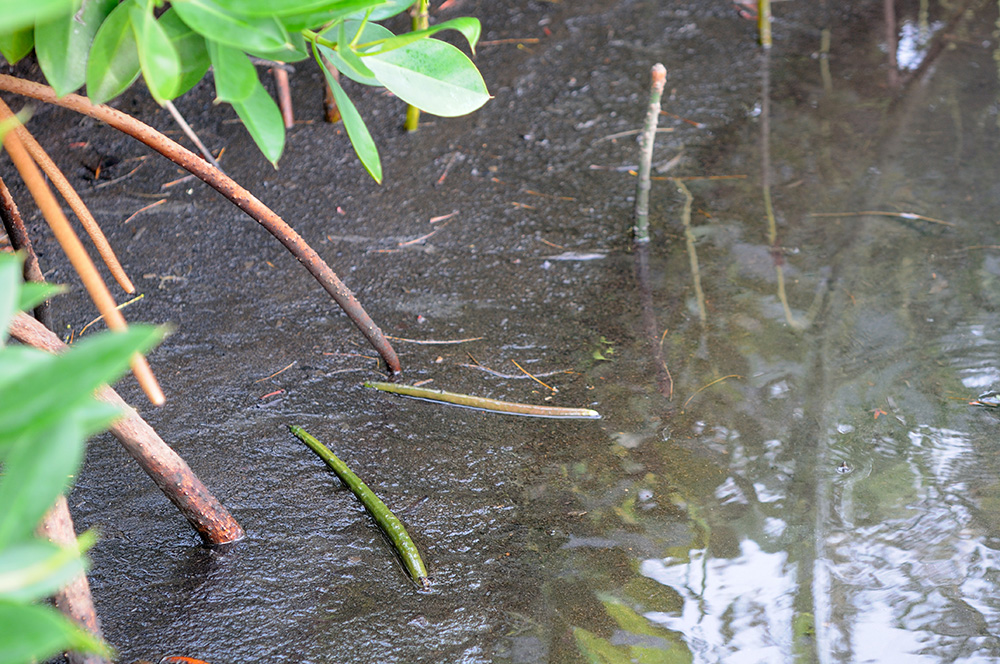 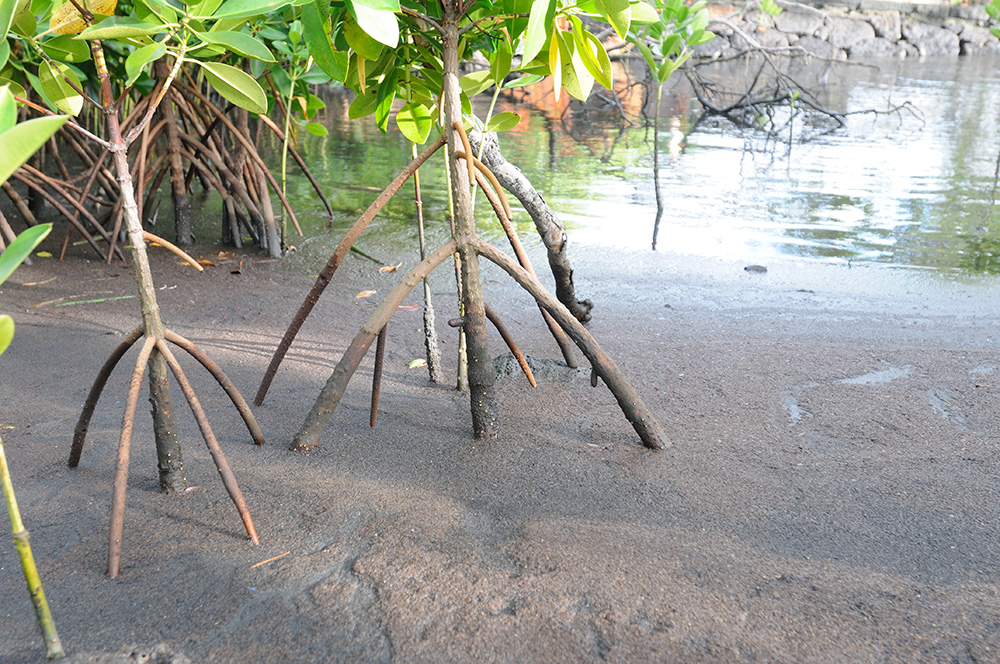 As the plants grow they form side branches which not only anchor them, but start the process of stabilizing sediments.  As time passes, the plants become a thick mass of tangled stems, prop roots, and buttress structures that help protect coastal localities and communities from flooding and storms.  Indeed, they can be considered to be creators of land, as their growth slowly marches out to sea. 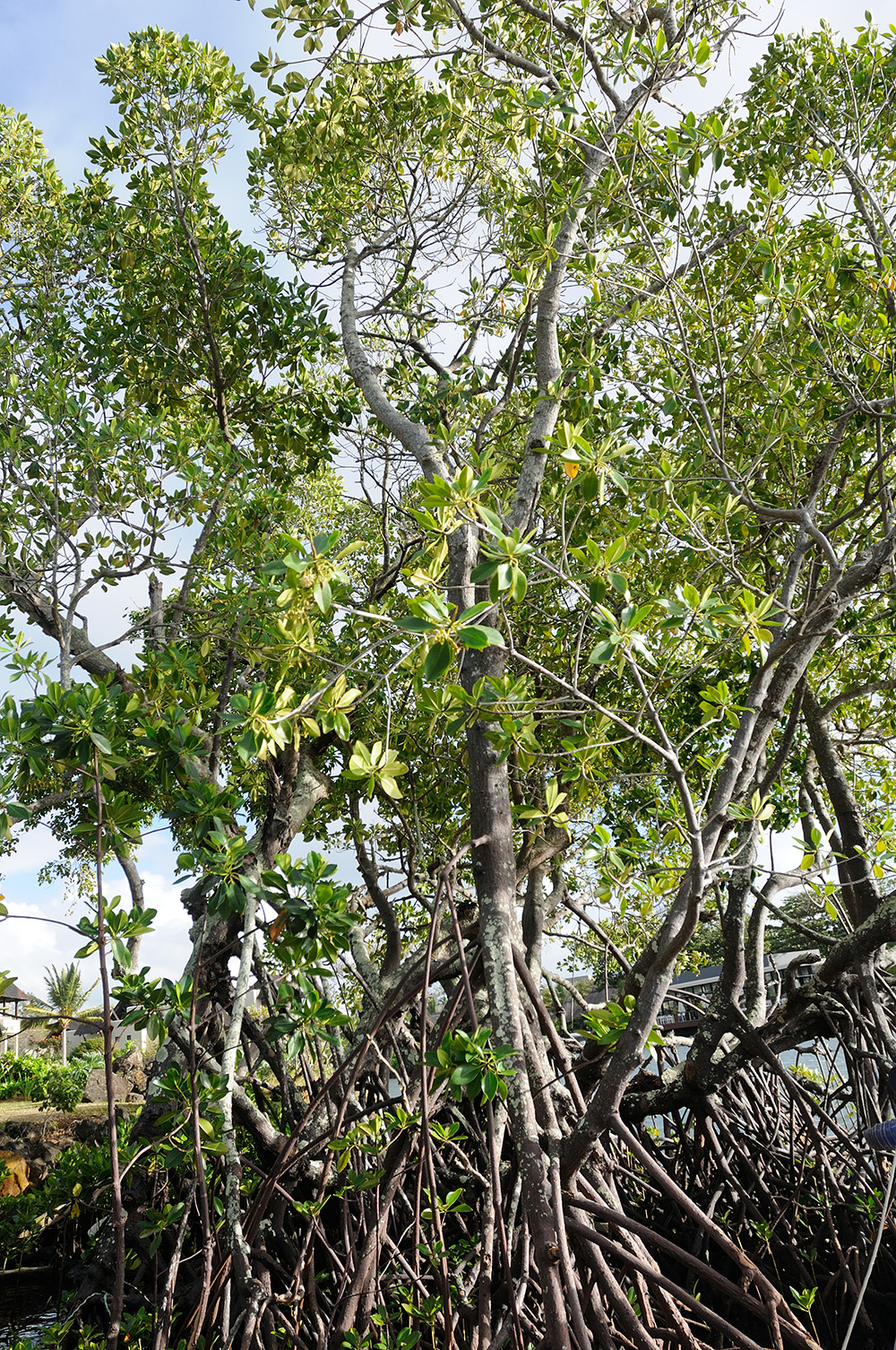