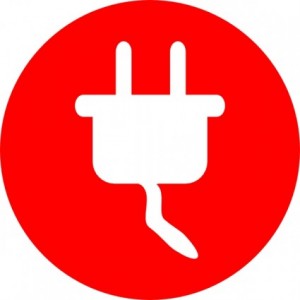 Efficiency in the marine aquarium isn’t a new idea, but one that evolving in line with the times. It’s always been part of what we do as aquarists, but it’s becoming more important now than ever. We know that it’s possible to have a successful captive coral reef. We also know that it takes a lot of equipment to do so, and all that equipment consumes electrical power. According to my own home energy report from Potomac Edison, my home uses 110% more power than comparable homes in my area. They suggest turning down the temperature of my water heater, unplugging power strips, along with a host of energy savings tips, most things I’ve already done. I know none of those things are the culprit, as that excess power consumption is coming from my downstairs fish room.

As I mentioned in my post entitled “Our coral powered reefs” if grid power is supplying electricity to your reef aquarium, your reef is coal powered (at the very least fossil fuel powered.) This means that it’s not only eating through your pocketbook, it’s also eating through coal, which in turn releases carbon into the atmosphere.

An eye toward efficiency: 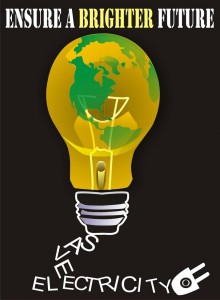 Having an efficient marine aquarium is two-fold: one it saves money and two it eases the burden on natural resources, along with their effects on the planet. It’s ironic that saving money and natural resources walk hand in hand, but in this case they do. The first step is making smart choices, and using products that efficiently use electricity to produce things like light, water circulation, water pressure, heat, etc. For example many of us have upgraded to LED lighting, which creates photosynthetically active radiation (PAR) for our coral animals to use. But what if one fixture creates just as much PAR as another, yet uses a smaller percentage of power. Say it’s creating the same 364 PAR amount as fixture B, but it’s using 120 watts rather than 150. One could say this fixture is more efficient (both cost and resource wise) than the other.

In order to make smart decisions about our tanks, we need accurate information about the power consumption of every product we install. To put it simply, we need to know if one product is going to be more expensive in the long run than another, but produce the same results. It’s no different from choosing a more fuel efficient car, which has the same horsepower and capability of another that isn’t fuel efficient. 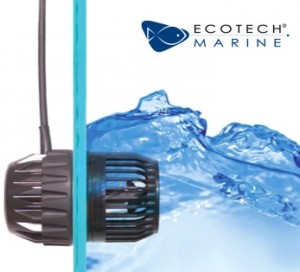 A while back I talked about putting circulation pump motors (along with skimmer pumps, etc) back in the water, as an efficient adjustment to the post metal-halide era of aquarium keeping. Since we aren’t dealing with excess heat, we may as well use the heat our pumps create to warm our aquarium and save on the amount of electricity a heater uses. For example, according to apex Fusion my aquarium on average (or at least the 8 items I have plugged into my apex power bar) uses about 1.4-1.7 AMPS of power. When the heater is running, this spikes to 7.5 AMPS of power. Running through my power consumption graphs in apex I can determine the times throughout the day that the heater is kicking on. If I am smart about capturing heat from pumps, then I can reduce that massive increase in electricity consumption.

Circulation pump manufactures disclose the wattage amounts their pumps use, and many advertise how efficiently they use electricity. This is just a short breakdown of what several top pump manufactures claim when it comes to their product’s power consumption.

It’s important to note that how these measurements are calculated differ from manufacturer to manufacturer. For example, some companies such as neptune System’s generate their figure from the wall. Meaning the pump, the 1 Link module and all associated equipment (including power supply) consume under 35 watts. Other companies may take a measurement at the pump. This means that any controller or power supply isn’t factored in to the total. Let’s take an Ecotech vortech pump for example. Ecotech says the pump uses 28 watts of power. Yet the pump isn’t the only thing you’re powering. The power supply the pump is using may be around 85% efficient, meaning right off the bat your losing 15% of efficiency with the power supply. You’re also powering a driver, which consumes some amount of electricity. So yes, the pump may use 28 watts of power, but that certainly isn’t the total you have to deliver for the entire product to run.

I decided to test several pumps using a kill-o-watt, which measures a devices power. I started with an Ecotech Marine MP40, advertised to use 28 watts of power. I was a bit shocked that my kill-o-watt recorded it using anywhere from 14-43 watts of power, dropping back down then rising back up. This would mean that there is a total of 15 watts of power not accounted for in Ecotech’s advertisement of 28 watts.

So does it really matter?

We pay for electricity based on kilowatt hour. This is equivalent to running 1,000 watts for one hour. I’ll use Maryland’s going rate for power, which is .17 cents per kilowatt hour. In 66 hours, which is two days and 18 hours that 15 watts of undocumented power is costing you an additional .17 cents. May not seem like much to run an advanced controllable pump. When we consider that there are 365 days in a year and roughly every 2 days your pump is costing you an additional .17 cents, over the course of the year that pump may cost you roughly $ 30.94 over what it’s advertised to operate.

This may not seem like a lot, and if you’re only running one vortech MP40 it may not be enough to raise the alarm. Though what if you’re like me, and at any given time in your fish room you are running 6 or more MP40 pumps. At $ 30.94 each in undocumented power alone, that equates to $ 185.64 per year, just in undocumented wattage from your circulation pump. $ 185.64 can easily be invested somewhere else in your aquarium, and worse it’s essentially wasted money.

Not only that, it takes 1.05 pounds of coal to create 1 kilowatt hour of electricity. Each of those additional kilowatt hours, which is undisclosed power consumption, releases 2.07 pounds of CO2 into the atmosphere. As the entire situation is put into perspective, it’s easy to see why an efficiency minded aquarist would have cause for concern. 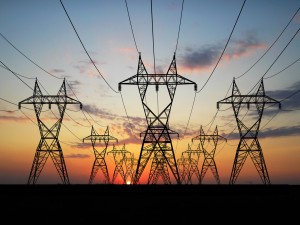 Now don’t get the impression that I don’t like Ecotech’s products, I do. Otherwise I wouldn’t have so many of their circulation pumps, or their new Vectra return pump. Although, this is worth pointing out if we are going to have a conversation of efficient marine aquariums. Another downside to the Vortech’s design where efficiency is concerned occurs in placing the motor outside the tank. This was praised when the vortech was first released, and many of us still had metal halide lighting over our tanks. For most us that has changed. With LED lighting, there is no need to reduce the heat generated from pumps and transferred to our aquariums. In fact, it’s advantageous to welcome it. An aquarium of average reef size requires about 500 watts of heating power, and if you’re like me with 4 or 5 heaters, your entire fish room’s water volume requires 2,500 total watts of heating power. While the heat passed off a vortech may not greatly influence your home’s need for cooling, it doesn’t do anything to reduce the water heating load in the aquarium. So not only are you losing money, releasing carbon to account for an undocumented amount of power the pump uses, your also losing heat that could reduce the heating load for aquarium heaters. It’s a complete lose-lose, where efficiency is concerned. 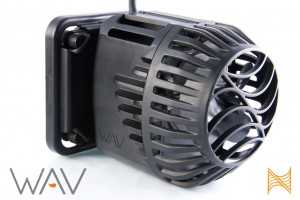 For this next example we will look at Neptune System’s WAV pump, which is advertised to use under 35 watts at the wall. As I explained before this means that the pump and all related accessories use under 35 watts. According to my kill-o-watt’s readings, my WAV pump runs at a max of 28 watts, ironically the same amount Ecotech advertises the vortech to use. From what I can discern when watching flow within the tank, the WAV is creating equally as good circulation and most reviewers (myself included) have noted it to be on par with an MP40. If I were to change out all my MP40 pumps to the WAV, not only would I save about $ 185.64 in power consumption costs, my aquariums would be releasing less CO2 into Earth’s atmosphere. This would in effect decrease their burden on natural coral reefs.

There is another point to consider. The WAV (like several other pumps) is fully submersible, thus the heat it generates is passed along to the aquarium. Now it would be unrealistic to think that one WAV pump, two or even a small collection would meet the entire heating demand of say a 200 gallon tank. Although when you take into account circulation pumps, protein skimmer pump, any reactor pump and return pump – then some demand on the heater can watt by watt be reduced. Even high output LEDs don’t produce near enough heat to warm an aquarium, but products that create heat, working in conjunction with one another can help lighten the load. 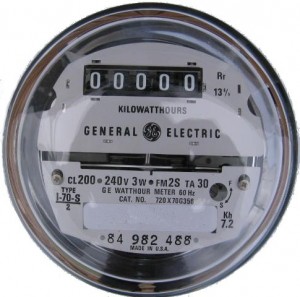 A conscientious aquarist may be able to either design or renovate an aquarium system to be highly efficient, with each device not only performing its sole purpose effectively, but also using less power to do so, while spreading excess heat into the aquarium to reduce heating load. When you think that one aquarium’s power consumption rises 6 AMPS when a 500 watt heater kicks on, it’s clear to see that water heating is a huge power consumer. We find this same situation in our homes, where water heaters are typically the biggest electrical power consumer. This has given rise to solar/propane hybrid water heaters, or propane powered tank less water heaters, in an effort to reduce the amount of fossil fuels burned (and dollars spent) heating water.

A word of warning: 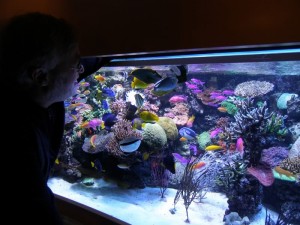 I am not trying to say that a Neptune System’s WAV pump is inherently a better product than an Ecotech Vortech, and I happen to like both companies offerings. I am however encouraging aquarists to monitor the power consumption of their aquarium products, and seek out products that disclose a cohesive measurement of the power they consume. Everything about marine aquariums requires an eye toward efficiency, from filtration to feeding, on up to stocking. In an age where fossil fuel usage is linked to climate change, and the uncertain economy means that for some, luxury items such as reef aquariums may require a tight budget, it’s of great value to have the information, tools and know how to make smart choices, and prevent yourself from spending extra money to pay for a product’s undisclosed power consumption.