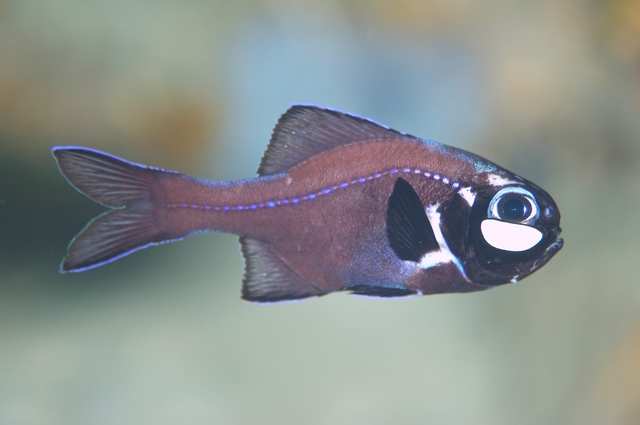 Despite its ubiquity in the deeper waters of the oceans, bioluminescence is an unusual behavior in shallow water reef fishes. The most notable exception to this rule are the flashlightfishes of the family Anomalopidae.Two genera are common sights at night in the tropical Indo-Pacific. Photoblepharon, the “One Fin Flashlightfish”, occurs singly or in small groups and can be recognized by its single dorsal fin. Anomalops, the “two Fin Flashlightfish”, occurs in larger groups and has two dorsal fins.

For those well-versed in their Greek, you may have noticed the fitting etymology behind the familial name, as it roughly translates as “unusual eye”. This is of course in reference to the bean-shaped organ beneath the eye which emits the light. Interestingly, this name was coined decades before living specimens could be observed in situ, and the true function of this organ was only discovered in 1900. Photoblepharon  translates as “eyelid light”—surely one of the more precise names in all of zoological nomenclature. 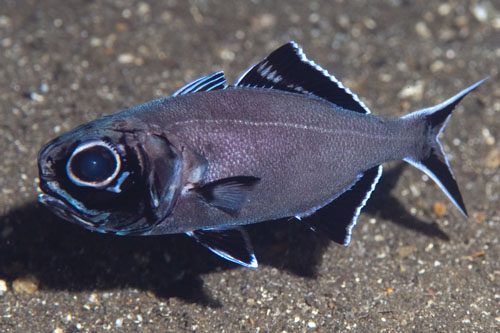 Note the second dorsal fin in this Anomalops. The light organ has been completely hidden away in this photo. Credit: Diver Hiro

Unlike the chemically produced bioluminescence of fireflies, flashlightfishes utilize a specialized chamber to cultivate a species of bacterium which naturally emits light. They are then able to control the light by obscuring the organ, but these two genera do so in completely different ways. In Photoblepharon, a fold of tissue can be raised up as a nicitating membrane to hide the light, while, in Anomalops, the entire organ is hinged and capable of being rotated downwards to hide its light. These two differ behaviorally as well, with Photoblepharon tending to show its light more continuously and Anomalops blinking its light on and off every 5-10 seconds.

Not surprisingly, these fishes have been a favorite organism for physiological studies. One researcher amusingly states of the organ, “[it] looks as if it were made for experimentation, as it is attached only at the dorso-anterior end and can be cut out with the greatest ease.” This attachment is actually a completely unique structure found only amongst the flashllightfishes called the “Ligament of Diogenes”. I mention this detail only in the hopes that it will someday be used in bar trivia. Experiments have also shown the light to emit for upwards of 8 hours following removal.

Local fisherman are reported to have collected these fishes with handnets at night, removing the light organs and utilizing them as fishing bait. Most flashlightfishes are too small to be eaten directly, but some of the deeper-dwelling genera can reach nearly 30cm in length and are sold at fish markets. There’s no word on how they taste, but one assumes it has potential to brighten up most any dish (pun).

I’ve heard mixed reports on just how viable these are as aquarium subjects. An exhibit on biolumenecence at the Field Museum of Natural History in Chicago attempted to keep an aquarium filled with these, with little success, but many public aquariums have had better results. They may on rare occasion be available through retailers for a moderate price, but it should be emphasized that these timid fish are best kept with friendly tankmates. Antibacterial medications, unsurprisingly, can turn off the lights, so to speak, and copper sulfate is reportedly verboten as well. Jay Hemdal reports that there is a parasitic flatworm with a penchant for their gallbladders. I’m not aware of a common name for this creature, so allow me to give it one: the “Flashlightfish-Gallbladder Parasitic Flatworm”. Again, this is a bar trivia question waiting to happen. 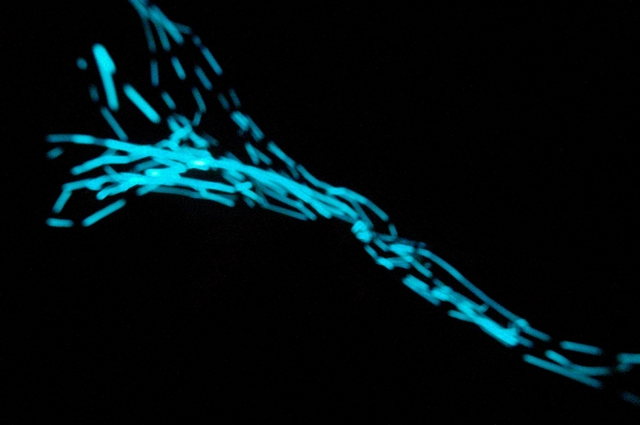