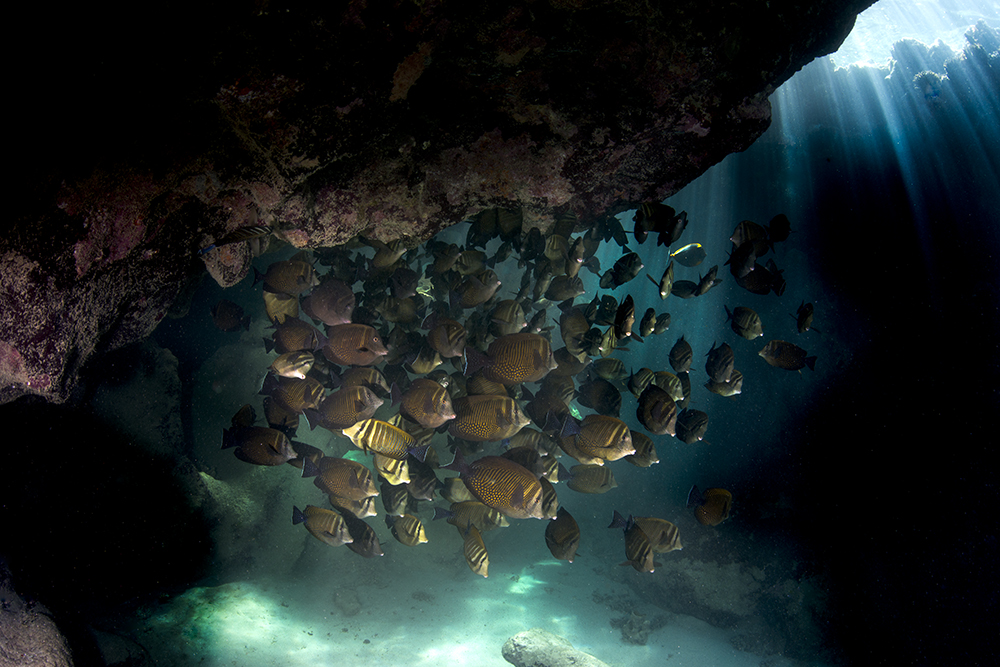 On some rare occasions, the natural cracks and swim-throughs that form on a healthy reef see so much growth near the surface, that growth of photosynthetic species below is severely curtailed and a network of dimly lit cave-like habitats can form.  Here are some images.

I’m no geographer, but that’s what I think has happened here.  I also suspect that the fluctuating sea level over the millennia has contributed.  In this part of the Red Sea, much of the coast is fossil reef and prone to erosion or colonization depending on the prevailing conditions.

This network of caves was very shallow, no deeper than ten meters at the seaward entry point.  Penetrating into the caves slowly took us to the surface as we headed landwards, though the only way to navigate was with a compass and an experienced guide. 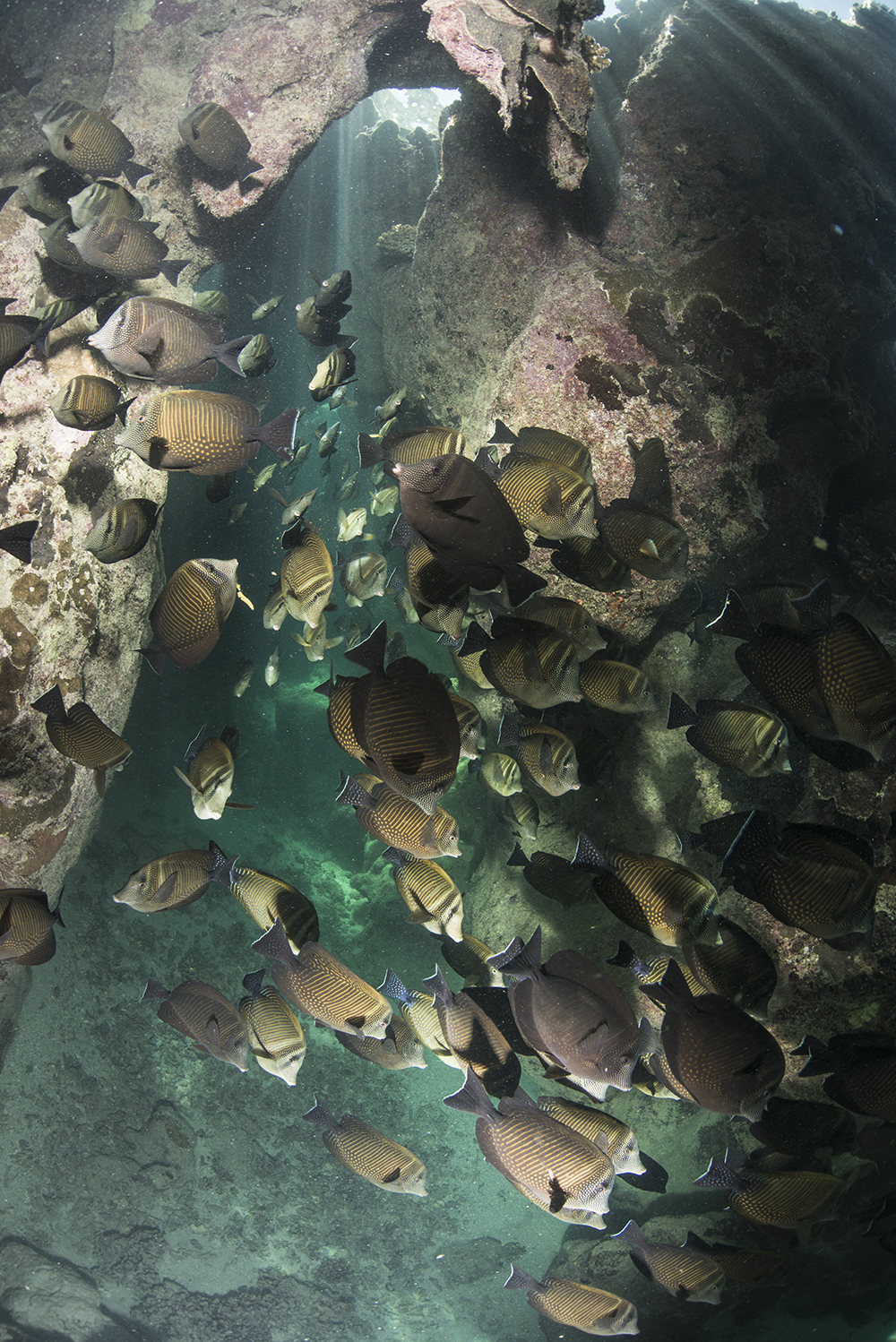 I hadn’t expected to encounter a shoal of Sailfin tangs, which happened to be one of the largest shoals of this species I’ve ever encountered.  I presumed they were here by accident and not design, surely there was little food for them here?  Were they lost? Had they found their way in and needed to get out?  I suspect they will have been fine, whilst this was a complex network, there were numerous ways in and out; they made for a good photo anyway. 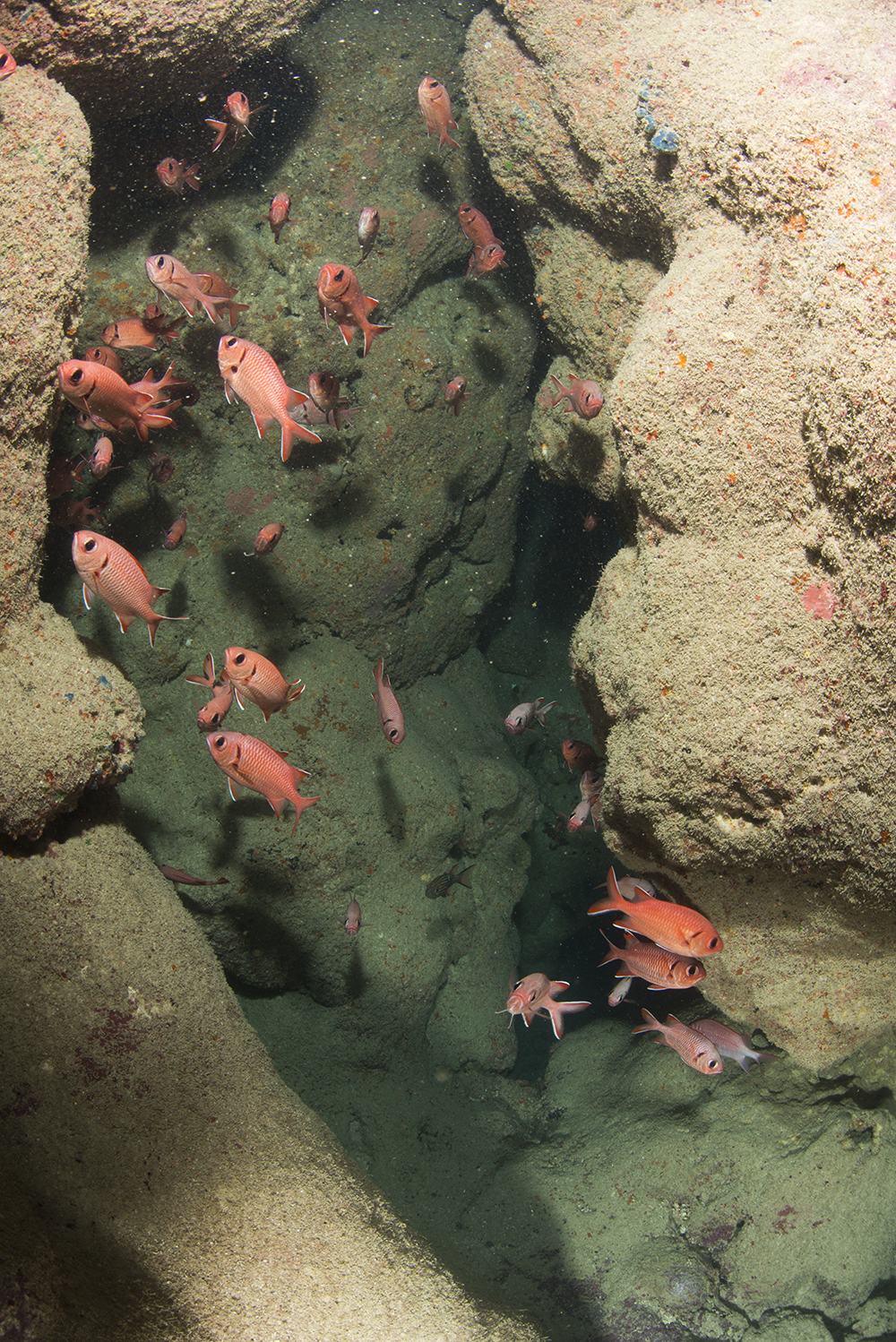 Fish I did expect to see were in good number, such as these Blotcheye soldierfish.  I had to use flash though to illuminate the scene.

I was surprised to not see much in the way of encrusting and azooxanthellate species.  Even away from careless fin kicks from divers there was little in the way of the specialist growth you’d expect. 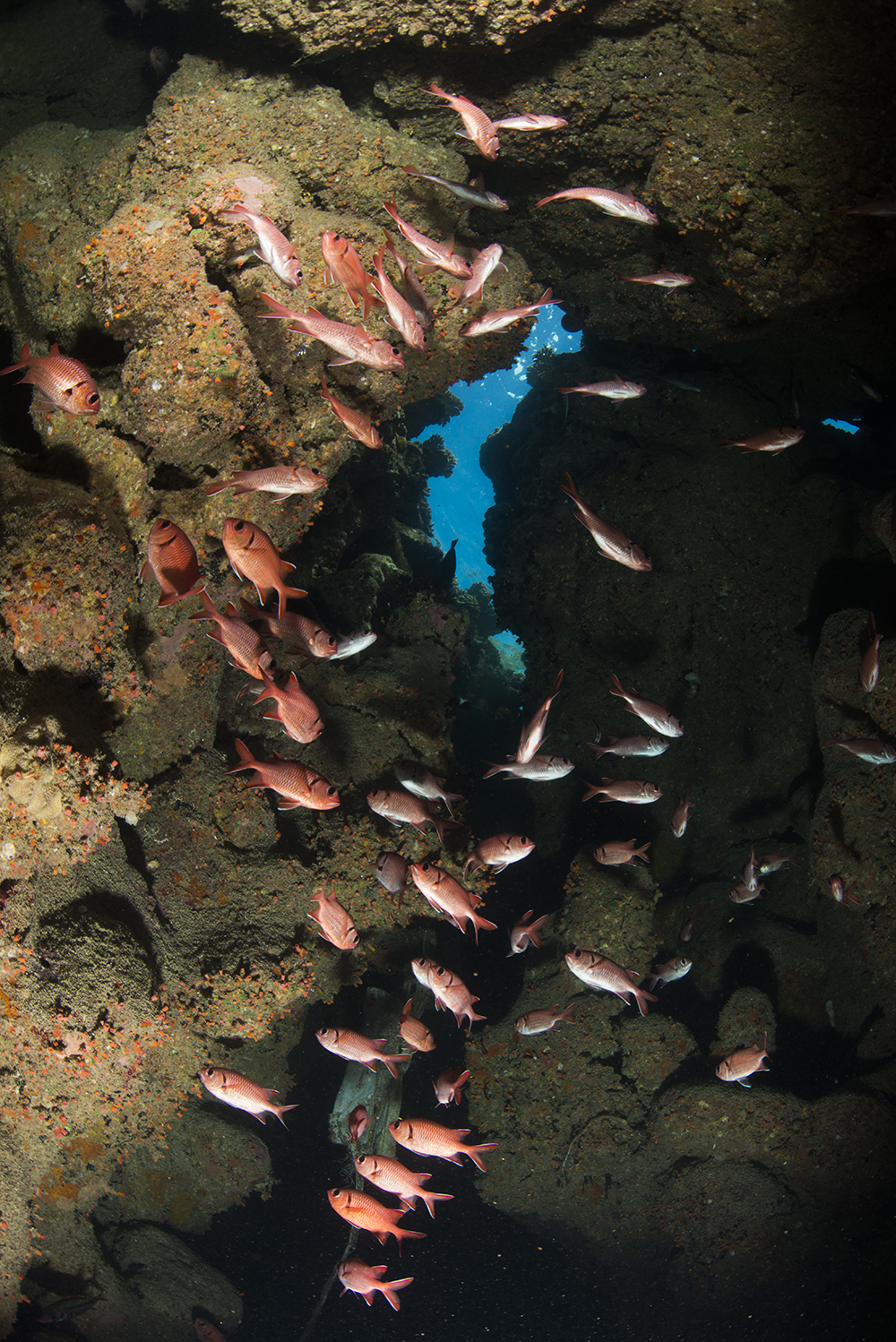