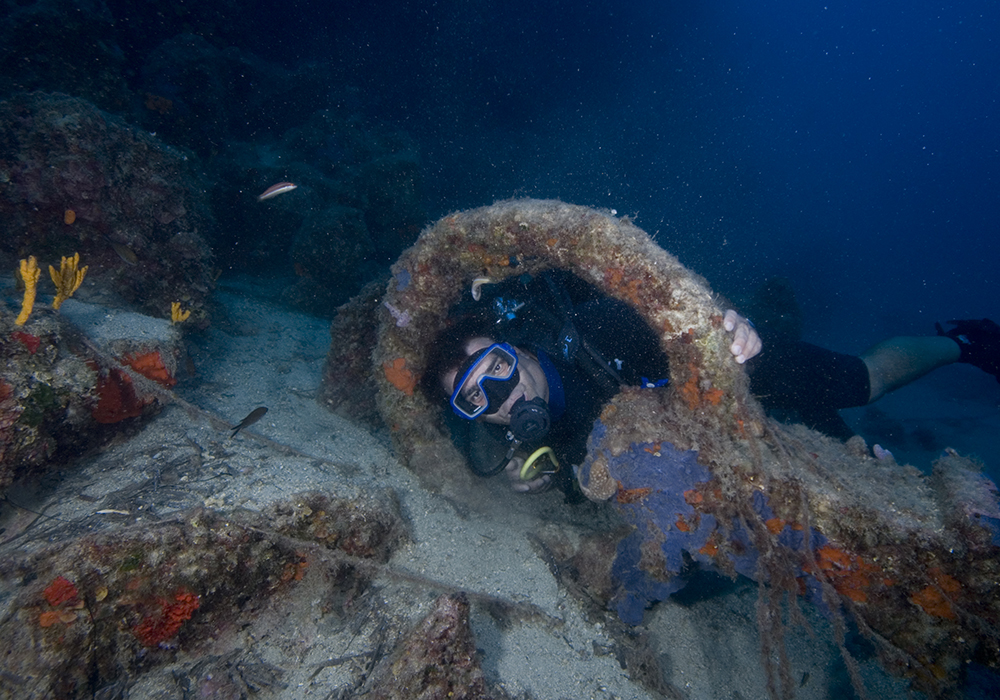 I’ve shared quite a few images of shipwrecks lately.  As an underwater photographer I am fascinated by these lumps of rusting metal, and the way that marine life finds and slowly colonizes them, creating incredible biodiversity hotspots.  Many of these artificial reefs have become as rich and teeming with life as the sea floor and reefs around them.  The shipwrecks teach us a good chemistry lesson: iron and steel endures, wood does not. 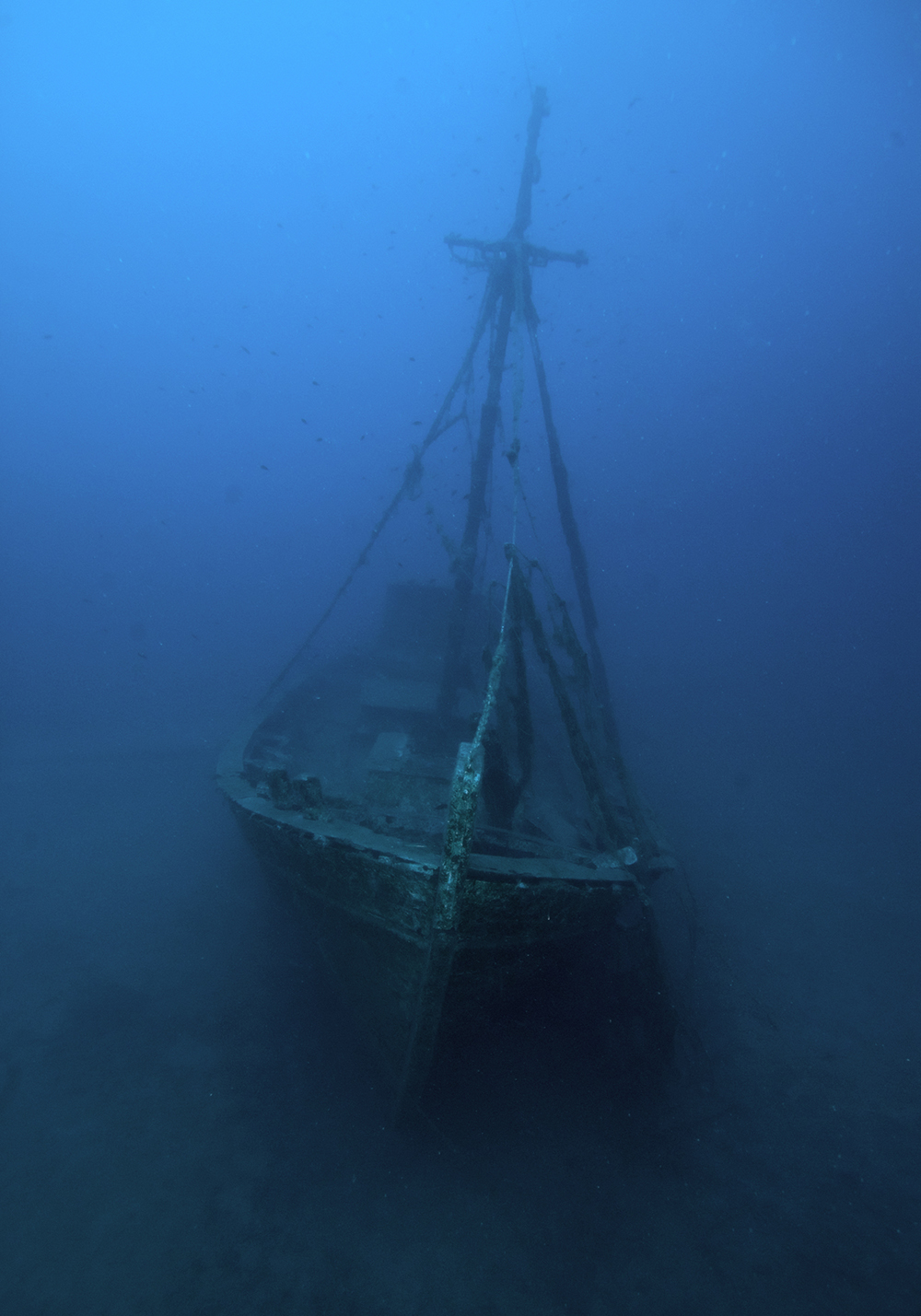 It has been almost ten years since I last dove on this little Greek fishing vessel, a type of boat called a kaiki that has fallen out of favor, but was once the workhorse of the Greek fishing fleet.  I would expect that the bulk of the ship had long since vanished, consumed by Teredo worms, the “termites of the sea”.  Also called shipworms, Teredo worms are actually bivalve mollusks that bore into timber, often with catastrophic consequences for traditional timber-built vessels. 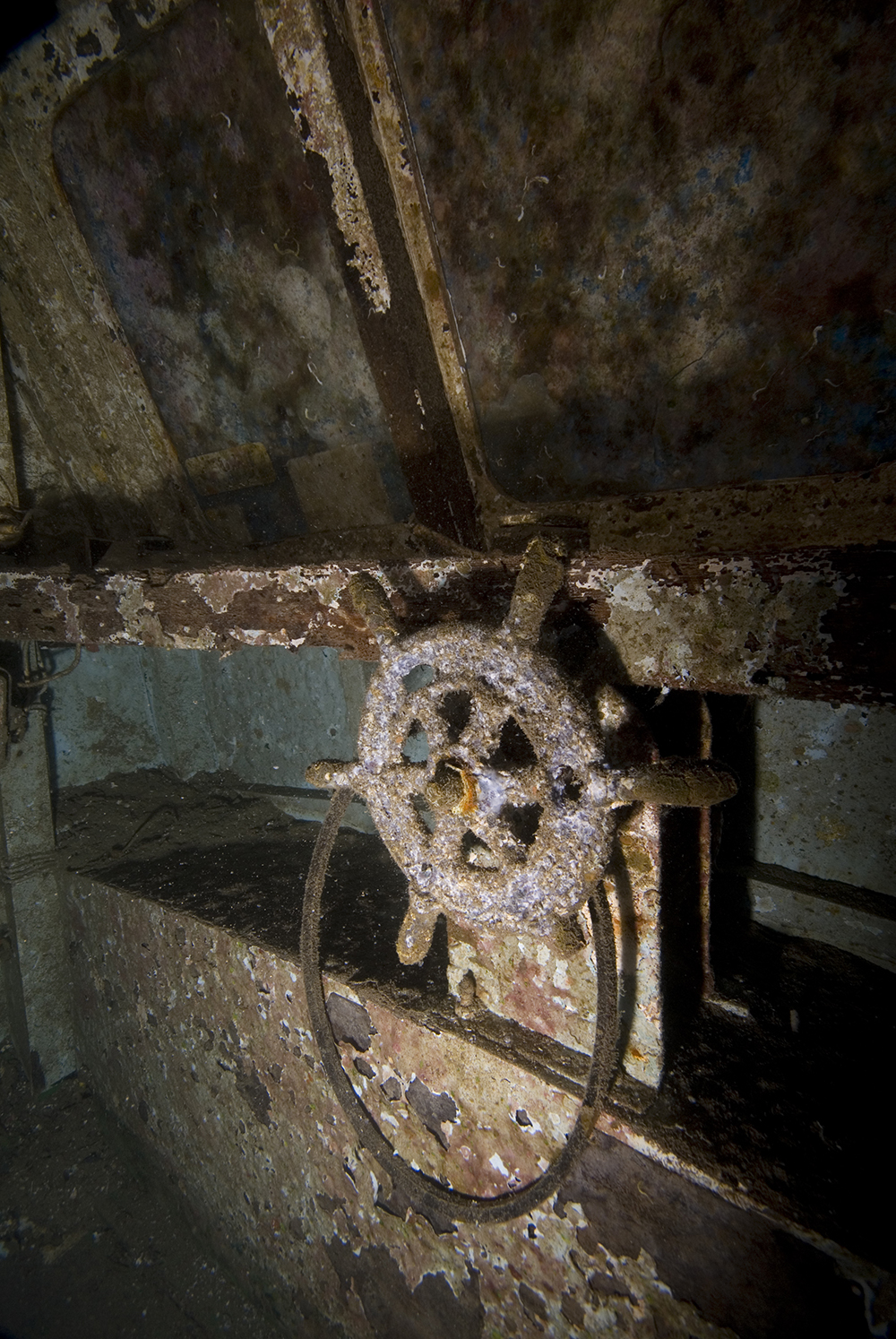 In this case the worms, and presumably plenty of other marine organisms, have yet to make an impact and the wreck is intact and interesting to explore.  In some areas, coraline algae and other encrusting life has begun to take over, such as on the ship’s wheel. 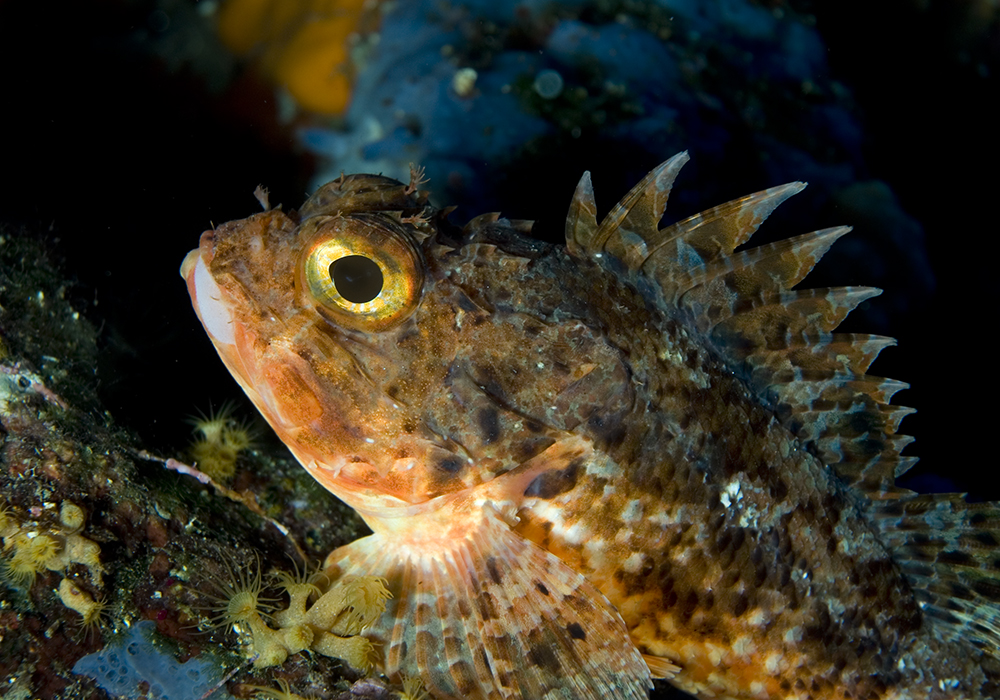 Predators such as this Scorpionfish are a sure sing of a developing ecosystem. 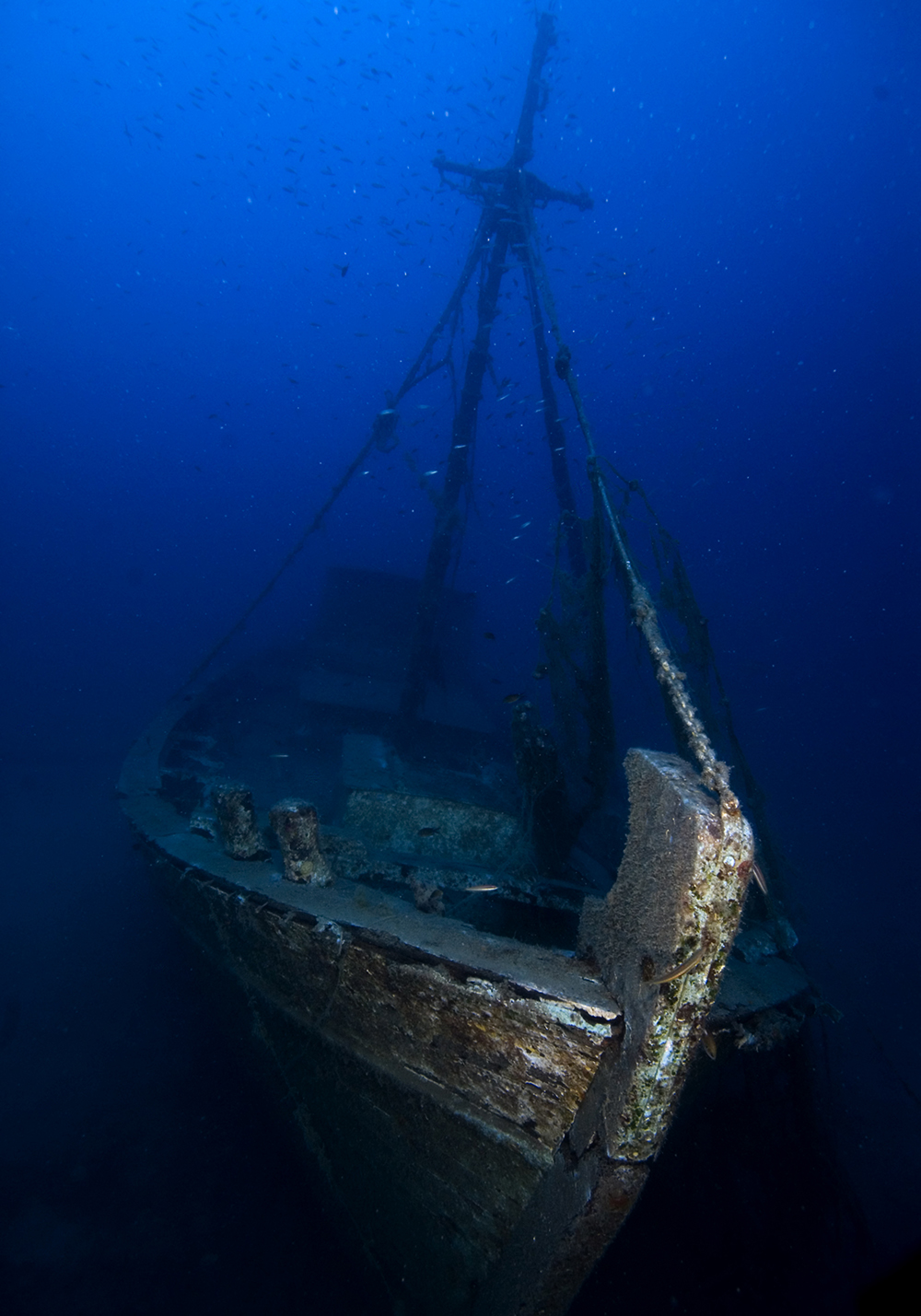 Shoals of small damsel (Chromis chromis) are attracted by the rigging.

Some wooden shipwrecks remain where anoxic conditions allow; this is common when the timbers are buried in sediment, but besides that, large timber wrecks are rare, and only survive in very specific environments, which is why we find lots of anchors (see main image) and little else to indicate the presence of a wooden wreck. 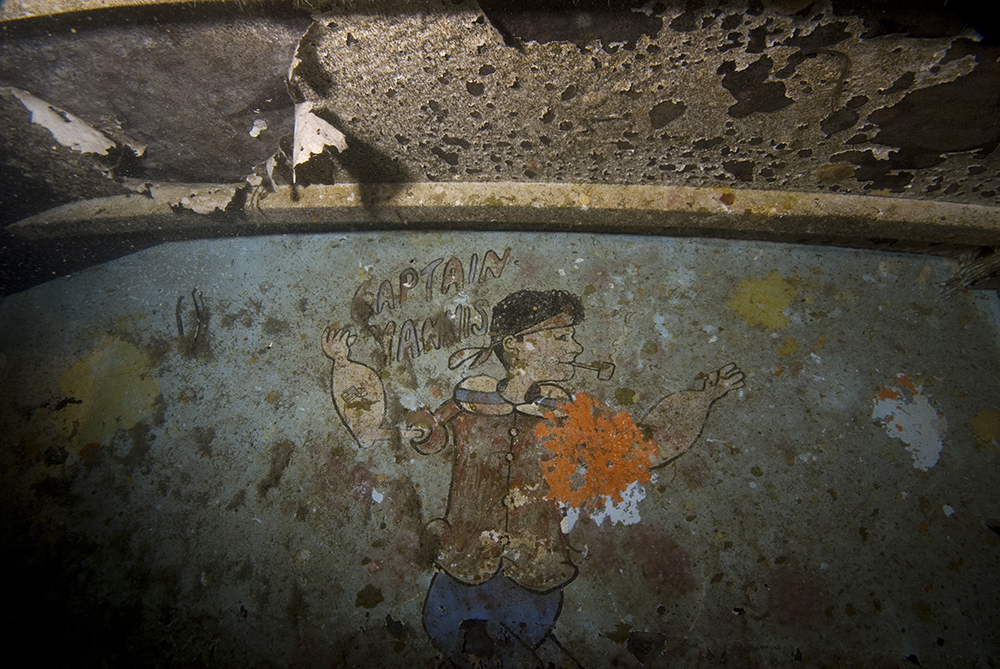 You don’t see underwater graffiti very often.  Will the corrosive sea water or the encrusting life be the first to eradicate this bit of ‘art’ ?