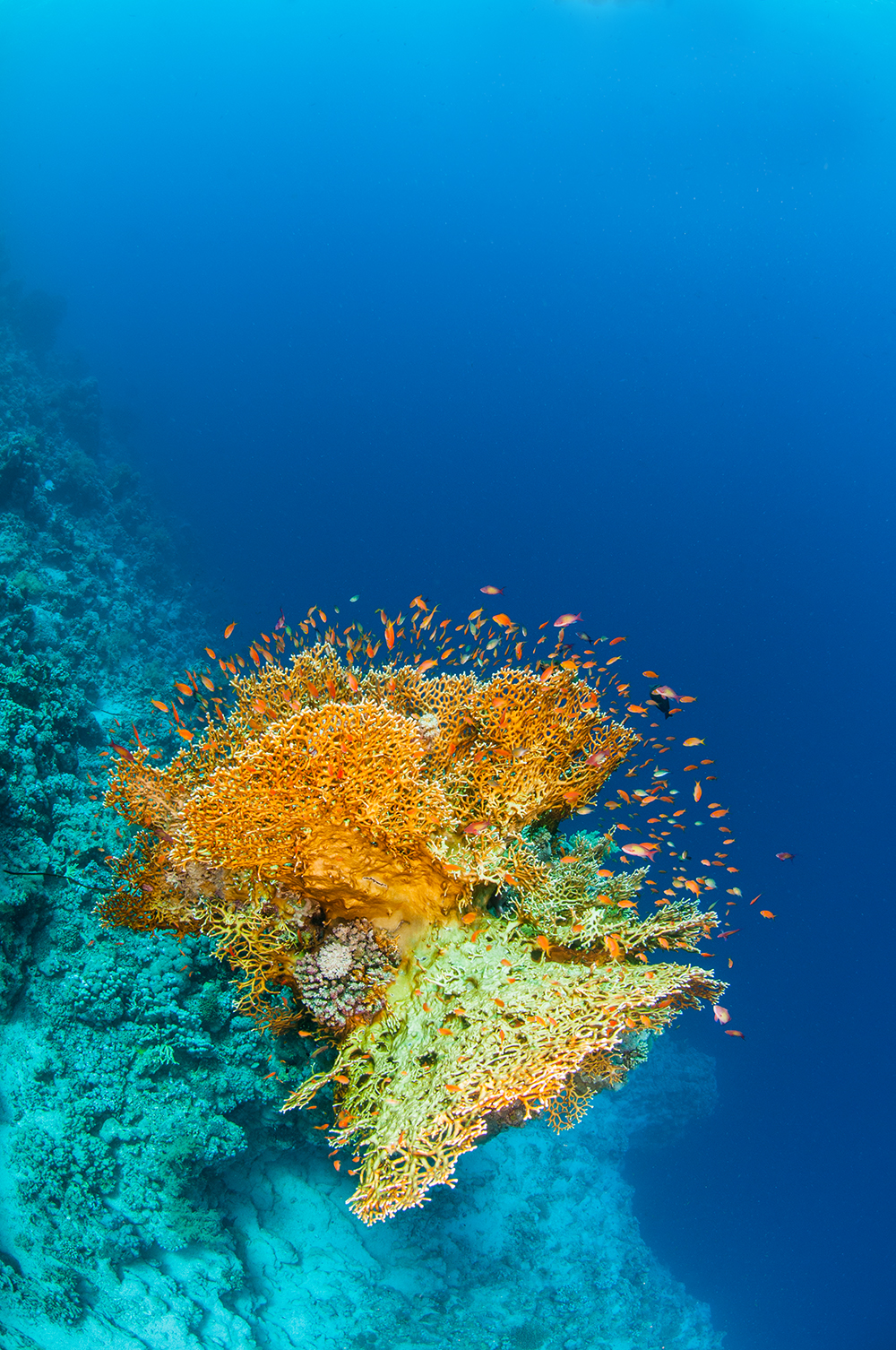 As 2017 gets underway I’ve been reviewing my underwater images from the last eighteen months or so. I keep coming back to this one that I’ve decided to call ‘Anthias Explosion’.

I captured these shots on a reef about 12km off Egypt’s Red Sea Coast, an easy sail from the port of Hurghada. The locals call it Sha’ab Abu Hamra, while divers call it Elphinstone after a Victorian cartographer.

I’d enjoyed a pretty good dive looking at all the soft corals on the reef walls and we were returning to the northernmost end of the reef to ‘hang’ in the blue and wait for large pelagics to show up, when I spotted this coral head below me.

Normally, I try to shoot upwards in this sort of situation, hoping to illuminate the coral and get a nice blue background from the sea above and if possible, sunlight filtering down. As it was at the end of the dive, I didn’t have the gas to drop deeper so was forced to shoot downwards, not expecting much. 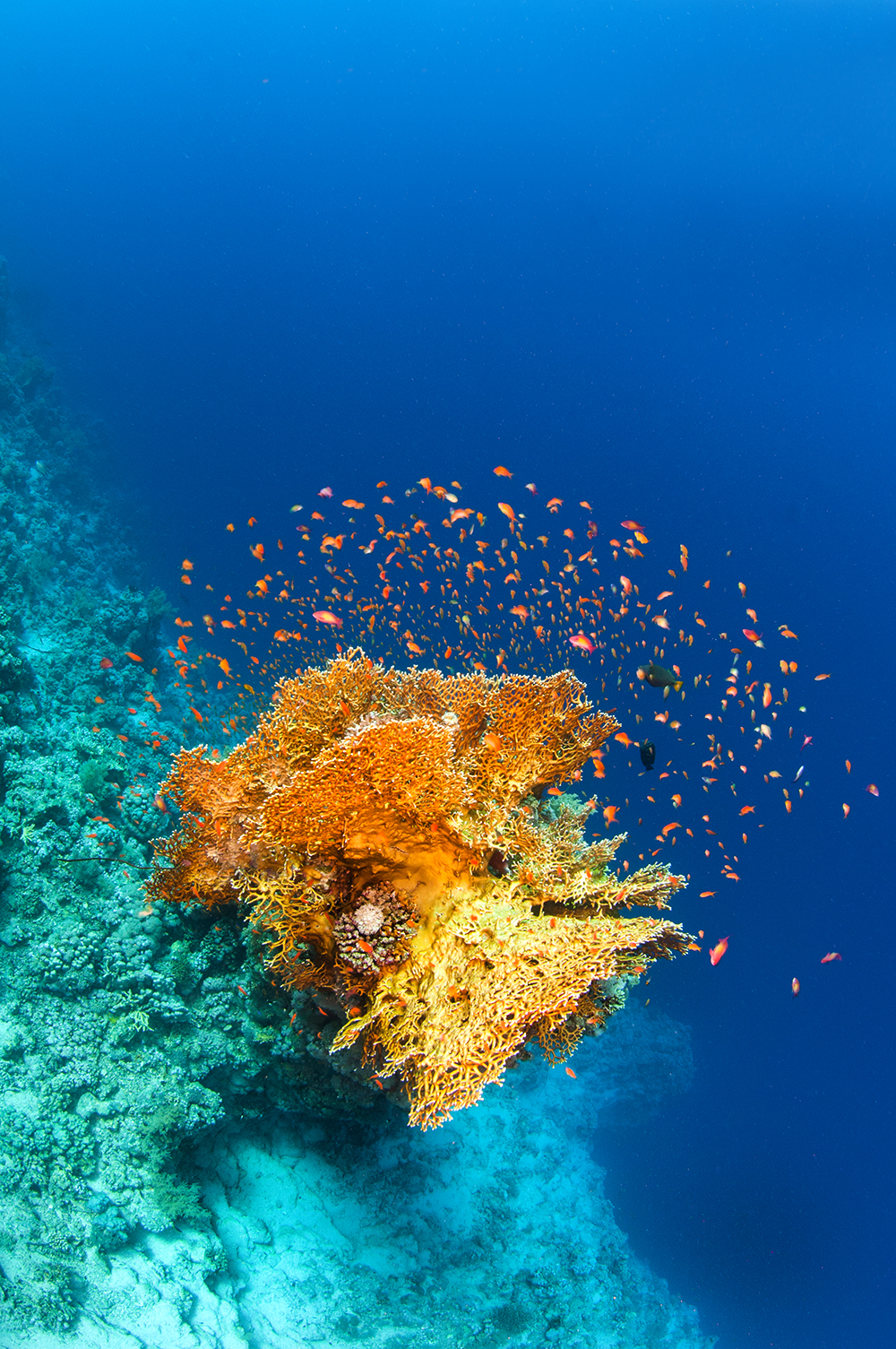 I was quite pleased when I reviewed the shot on my LCD screen to see that the Millepora dichotoma looked like an explosion frozen in time, with the anthias being small pieces of stuff flung out from the blast. Interestingly, you can see that the male anthias generally swim further out than their females as they keep a watchful eye on their harems and the other chaps!

My flash settings isolated the fire coral (a type of hydrozoan) and meant that the rest of the reef was lit only by natural light. You can see how the reef falls away to the sixty meter plus mark!