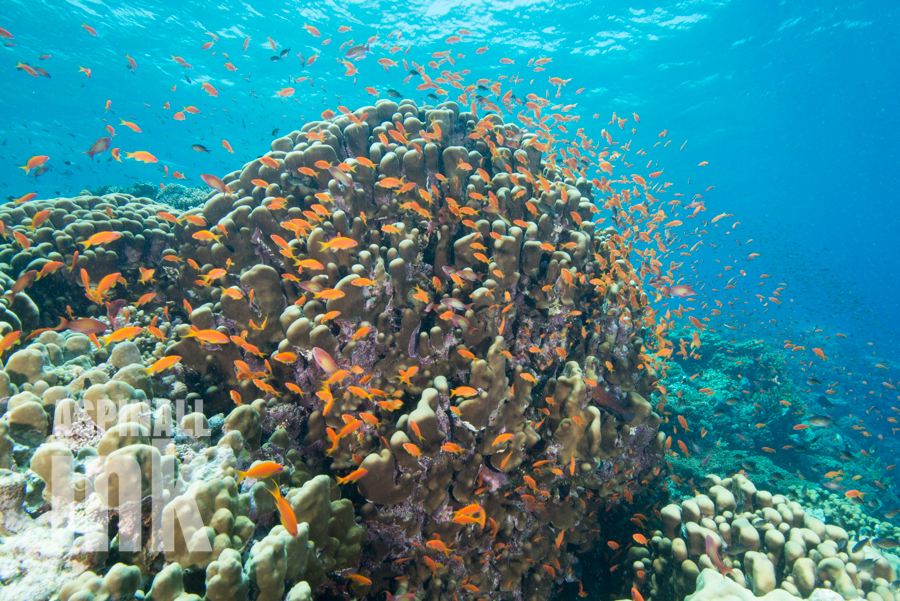 If you’ve ever dreamed about shoals of anthias, flashing vivid orange, pink and red, then here’s some inspiration for you, from one of the best displays of Pseudanthias squammipinnis I think I’ve ever seen. 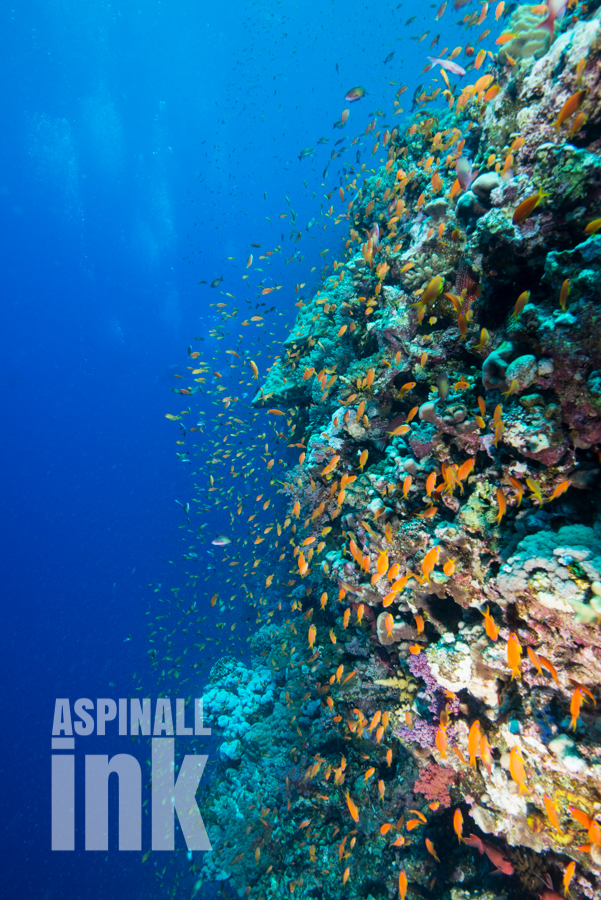 The ‘Good Old Squammie’, Sea Goldie, Wreckfish, Lyretail Anthias or whatever you chose to call it, is a beauty, even those icthyophiles who pour scorn on its ubiquity must, even grudgingly, acknowledge that it has an undeniable beauty. 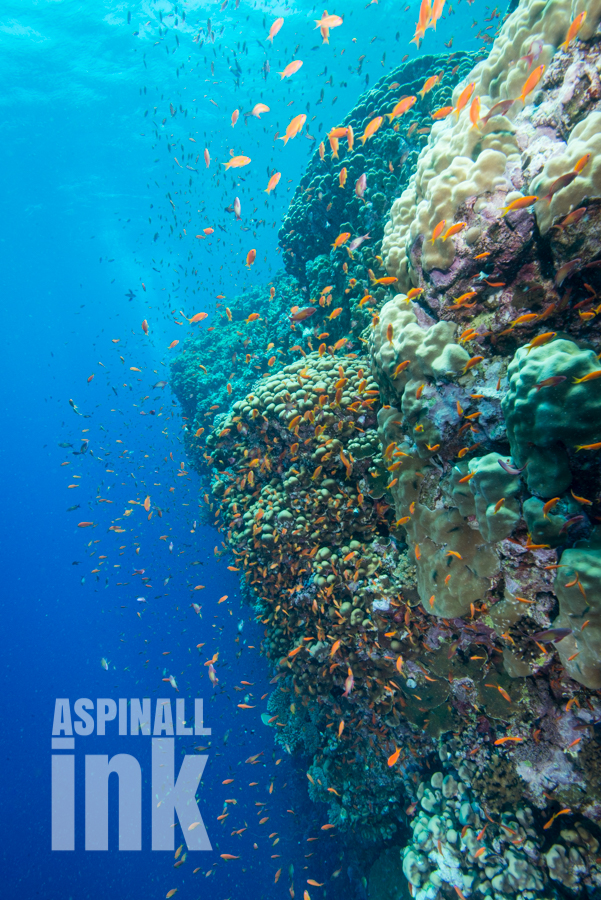 This reef, known as Elphinstone, after Admiral George Elphinstone, a British naval commander who served in Egypt in the Napoleonic wars at the beginning of the 19th century is a 400-meter-long stretch of stunning coral some 12km off the Egyptian coast.  It is widely recognized as one of the finest reef dives in the world, for its corals and for its fish, including big pelagics that can be seen with regularity. 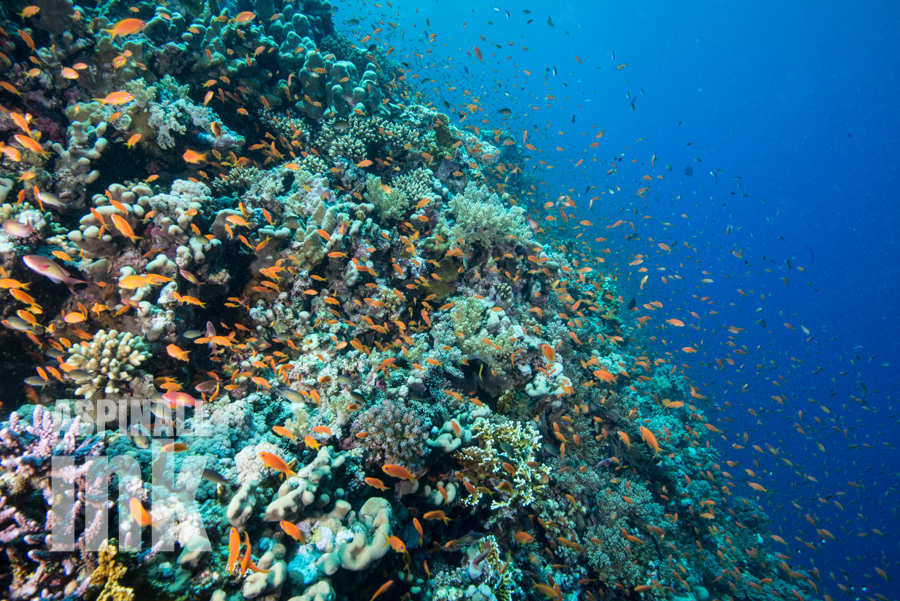 That being said, it’s always worth finning along with an eye on the anthias, watching them respond to passing predators by speeding, en masse, into the shelter of the soft corals and then out again.  As they do so, the harems of females are watched over by males, who hang a little further out, and I guess must expend a little more energy to maintain their positions in the strong currents that make this reef what it is.

The fish are feeding constantly to ensure they can survive their high-energy lifestyle.