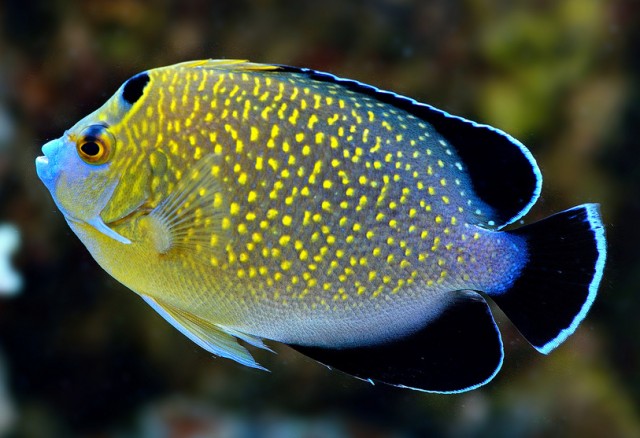 Among the marine angelfishes, the handful of species classified in Apolemichthys represent some of the more underappreciated members of their family available to the home aquarist. Despite their being hearty, attractive and oftentimes highly affordable, these fishes are often thought of as second-tier pomacanthids. Scientists have tended to ignore them as well, with virtually nothing published on the group since the last species was described over thirty years ago. There are no comprehensive reviews, no genetic studies concerning their evolutionary history. 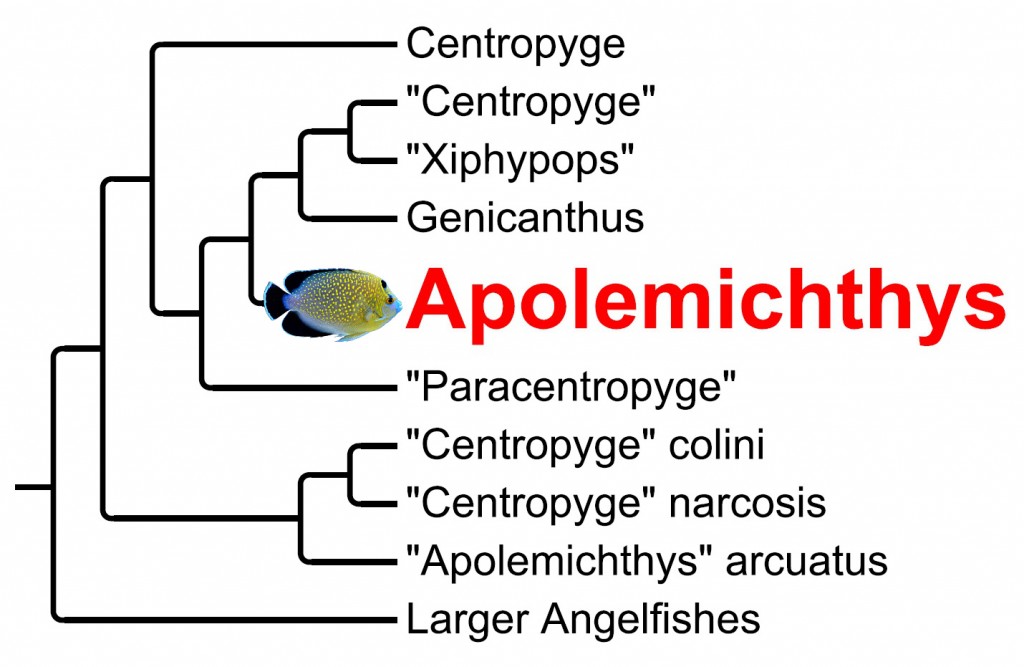 A recent molecular phylogeny of the Pomacanthidae (Gaither et al 2014) has placed Apolemichthys near the base of a large and diverse “dwarf angelfish” lineage. They share a common ancestor with the swallowtail angelfishes (Genicanthus) and a large portion of the dwarf angelfishes (“Centropyge”). Nestled deeply amongst these many miniaturized fishes, Apolemichthys stands out as a giant amongst dwarves. 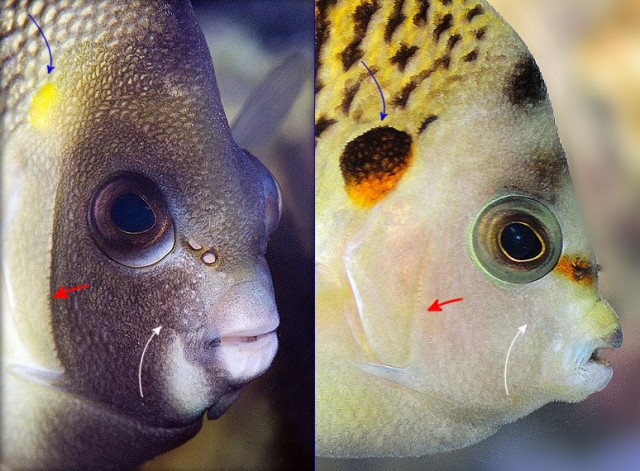 Morphologically, the group has been recognized as distinct since 1933, when it was first described as a subgenus within a more inclusive Holacanthus. One of the more salient morphological features used to diagnose them is the enlarged supracleithrum, which appears in most species as an ovular and distinctively-colored tab along the posterior edge of the head. Also of note, while the large opercular spine common to all angelfishes is present, there are fewer spines and serrations on other regions of the head than in related genera. The preoperculum and suboperculum are mostly smooth-edged, whereas their dwarven brethren have these features adorned in various spines and serrae. 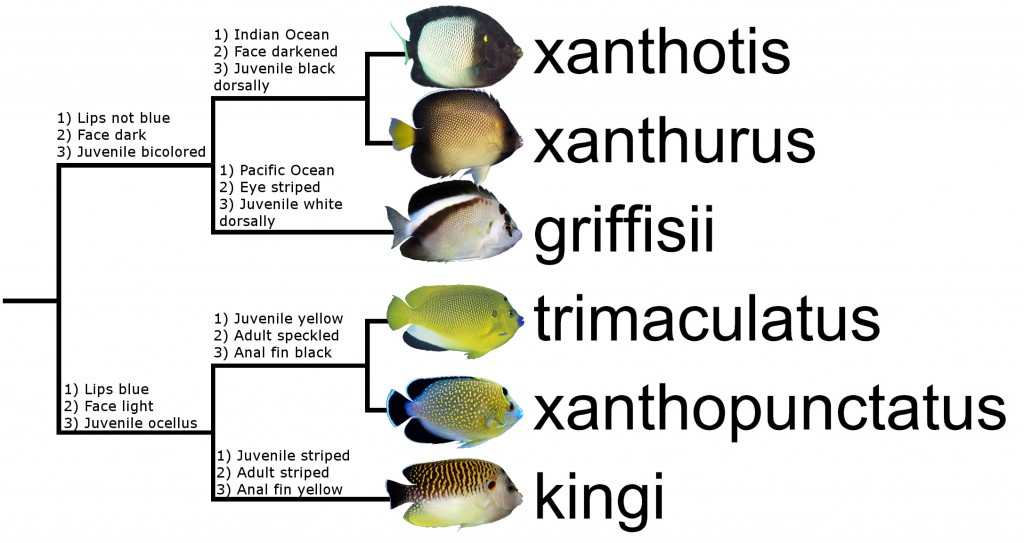 When we look at the coloration and biogeography of the seven currently recognized taxa, we find support for a pair of lineages. Juveniles are particularly informative, as one clade is predominantly black (and strongly reminiscent of Chaetodontoplus), while the other clade is mostly white or yellow, with variably prominent vertical bars dorsally. The more astute pomacanthophiles may have noticed that there are a couple species missing from this proposed phylogeny. The Bandit Angelfish has often been classified under the name “Apolemichthys arcuatus”, as well as the earlier name “Desmoholocanthus arcuatus”, but molecular study has indicated it belongs with (or sister to) a pair of rare deepwater dwarf angelfishes in a potentially new, yet-to-be-named genus. Apolemichthys guezei is an obscure species mired in ambiguity which will be discussed at length in this review.