These three species form a clear and cohesive group that can be diagnosed by: 1) The mostly-black Chaetodontoplus-like patterning of juveniles. 2) The darkening of the face (though this is reduced to a retention of the juvenile eye stripe in griffisi). 3) A lack of any blue to the face or lips. 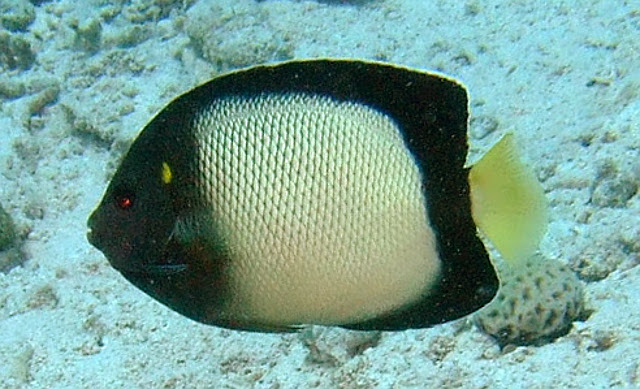 A. xanthotis in the Red Sea (Egypt). Credit: mda

In the Indian Ocean, A. xanthotis and xanthurus exist in widespread and apparently non-overlapping ranges, with the former found in the Red Sea, around the Arabian Peninsula and Persian Gulf, and south to Kenya. This Kenyan population has been suggested to be of more recent origins and possibly the result of unusual currents associated with the last major El Niño in the late 1990’s. Much of the coastline between Kenya and Northern Somalia is devoid of significant reef development, so its not entirely implausible that this southern outpost could only be colonized under exceptional circumstances. 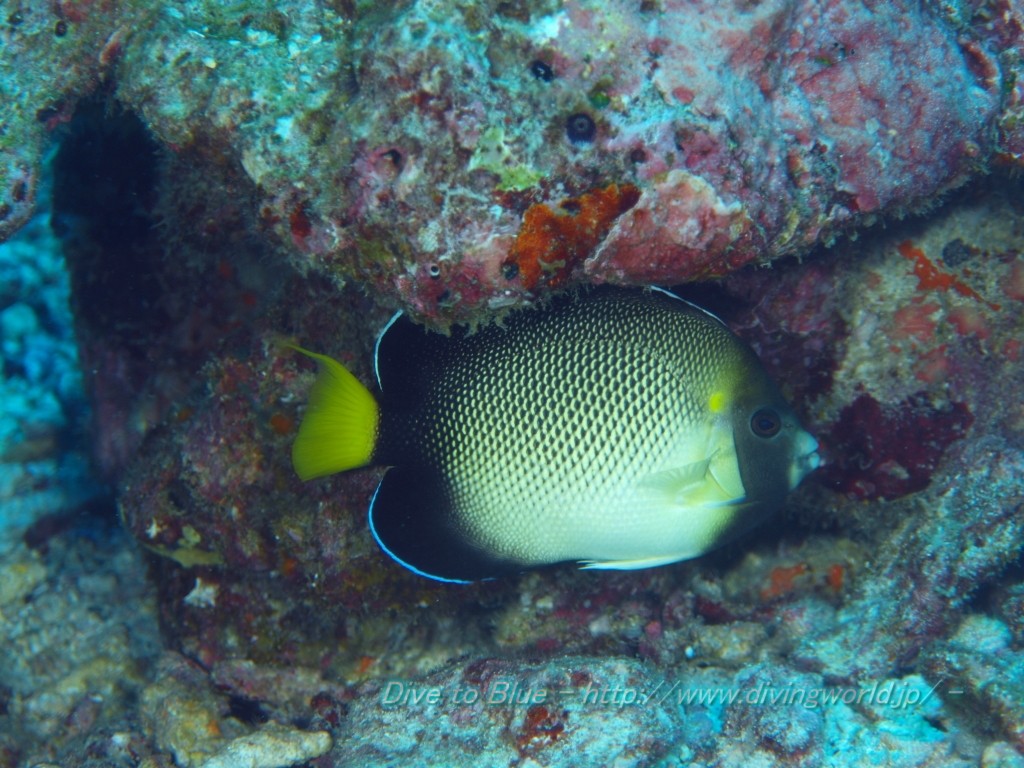 A. xanthurus at the Similan Islands, Thailand. Credit: Dive to Blue

Found throughout the Central and Eastern Indian Ocean, A. xanthurus is nearly identical to its Arabian sibling. The most consistent difference appears to be the much greater darkening of the head in xanthotis, with the entire operculum and the first few scale rows colored a dusky black. This sets off the yellow supracleithrum quite prominently and is responsible for the scientific name, which translates to “yellow ear”. In xanthurus, the darkening of the head ends abruptly at the edge of the suboperculum, leaving the yellow supracleithrum less distinct. The relative yellowness of this feature seems to vary quite a bit, with particularly xanthic specimens leading to the occasional report of xanthotis in the Andaman Sea or Maldives. Lastly, the white scales of xanthurus are basally black, giving the fish a dusky appearance, while these scales are mostly white in xanthotis, giving it a cleaner, brighter gestalt.

Unsurprisingly, juveniles of the two are quite similar, with the smallest specimens having a thick black band through the eye and an angular black pattern dorsally. This latter pattern fades anteriorly as the fish matures, resulting in the light colored sides of adults. Compare this with the pattern seen in the closely related Pacific species A. griffisi, which is essentially identical save for a missing section dorsally. The pale background coloration showing through in this missing portion corresponds to the distinctive white arch seen in adults, and gives a clear idea of the close relationship these three species share.

A griffisi is one of the least-commonly encountered species in the aquarium hobby, and its spotty biogeographic documentation attests to it general rarity. Known mostly from moderately-deep oceanic drop-offs, it appears griffisi occupies a fairly typical Central Pacific distribution. There are, however, some interesting reports of this species from Northern Sulawesi, Papua New Guinea and the Solomon Islands, both of which are more typically associated with a West Pacific ichthyofauna. The Sulawesi locality might best be explained as a waif from nearby Palau, as the prevailing currents in this region emanate from that region. The Solomon Islands and New Guinean records may also represent waifs from nearby Central Pacific Islands or, perhaps, a sparse population at the edges of its main range. It seems unlikely that griffisi is found more extensively in the West Pacific, as surely it would have turned up in more places, but there is a tantalizing gap in the range which defies any simple explanations.