The Flagfin, Goldflake and Tiger Angelfishes
A. trimaculatus, xanthopunctatus & kingi

This pomacanthid triumvirate ranges widely in cost and availability, from the cheap and common trimaculatus, to the extraordinarily rare and punitively pricey kingi. The Goldflake Angelfish finds itself as the Goldilocks of the group, being just rare enough to be desirable, while still being affordably obtainable. Perhaps because of this, it is arguably the most popular species of Apolemichthys amongst aquarists.

We can see that these three taxa are closely related, as they all share some common features: 1) Juveniles have a white or yellow base coloration, with a series of short vertical bars along the body. These vary greatly between species, with kingi having them most prominent, trimaculatus the weakest, and xanthopunctatus (naturally) in the middle. 2) A large black ocellus occupies much of the soft dorsal fin, protruding onto the body. 3) The thin eye stripe of juveniles mostly disappears in adults, leaving the face much brighter than in the previous clade. A pair of spots on the nape are likewise unique. 4) The supracleithrum is large and darkly-patterned, being reminiscent of the North American sunfishes.

An intriguing biogeography presents itself here. A. trimaculatus is one of the few species of angelfishes with a widespread Indo-Pacific distribution that doesn’t show any obvious differences between the ocean basins. Examination of dozens of photos from throughout its range revealed no consistent diagnostic characteristics, though the species is certainly quite variable. Specimens are most often bright yellow, with hardly any patterning, but they can on occasion appear in a dark brown with contrasting yellow scales. Some specimens have their scales arranged into thin, even lines, while others appear uncannily like the Goldflake Angelfish. This variability in form will be important to remember when discussing possible hybrids. 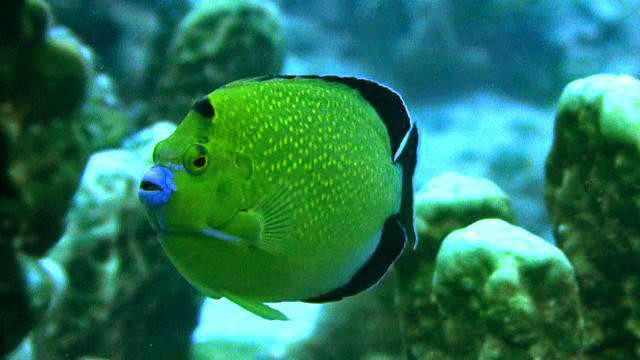 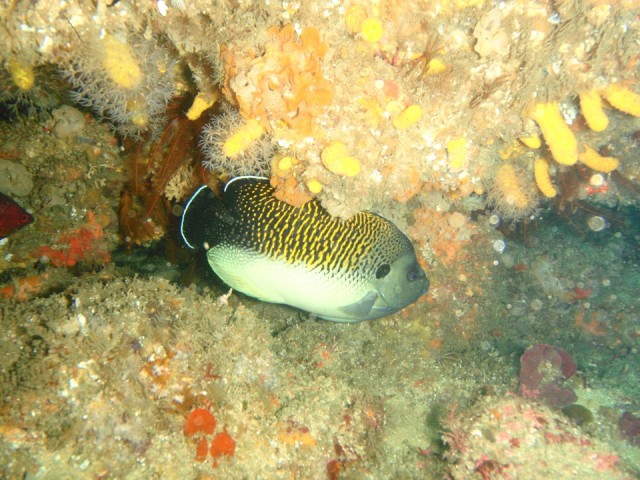 Lastly, there is the king of the angelfishes, or, rather, King’s Angelfish, Apolemichthys kingi. This regal creature inhabits a select few deep rocky reefs along the coastline of South Africa, where it has only quite recently started seeing occasional collection for the aquarium trade. Prices for it are astronomical, leaving this pricey piscine exclusive to the most obsessive of rare fish collectors. The common name Tiger Angelfish fits it well, as both juvenile and adult are bespoke in fashionable black stripes. Much like its geographically-distant relative in the Central Pacific, kingi has an entirely black caudal fin, but with the anal fin uniquely patterned in a convoluted meshwork of grey and creamy-yellow. Anteriorly, specimens show a variable amount of a glaucous infuscation throughout the head and the first few scale rows. Only the lips show any sign of blue, though this can be obscured or reduced in dark individuals.