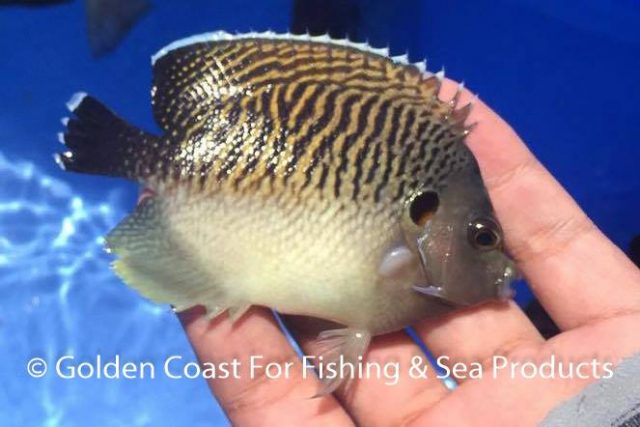 The Tiger Angelfish (Apolemichthys kingi) is one of the ultimate holy grail pomacanthids, seldom collected for the aquarium trade and always selling for preposterous amounts of money. This spectacular species, long thought to be restricted to the subtropical, deepwater reefs of South Africa, has recently been turning up far from home in the relatively unexplored reefs of Madagascar. And now, for the time, it has been collected from these waters by Golden Coast. 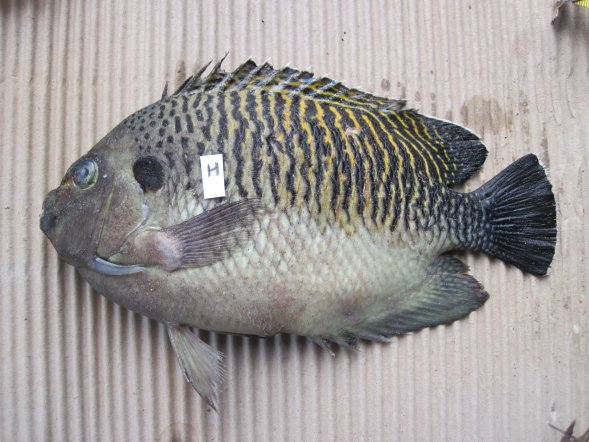 As exciting as this discovery is, this isn’t the first time that this fish has been reported from Madagascar. In 2013, a specimen was collected in a gill net from Itapera Village, in the Southeastern corner of the island. Barnett Shutman of Golden Coast reports that this species is an uncommon but regular find in the reefs of Toamasina, located in the northeast. This particular specimen was collected from relatively shallow depths (30-60 feet) at Isla Alanana (Île aux Prunes), a small island located just offshore. 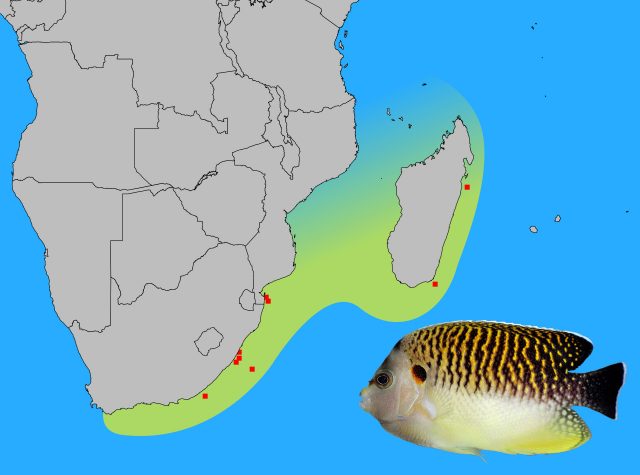 The currents along the eastern shore of Madagascar flow in a strong northerly direction, which helps explain why this species is swimming so far north. But there is also a strong westerly current coming from the Mascarene Islands, which potentially puts these poorly studied reefs at an important biogeographical crossroads. Who knows what interesting fish might turn up next…