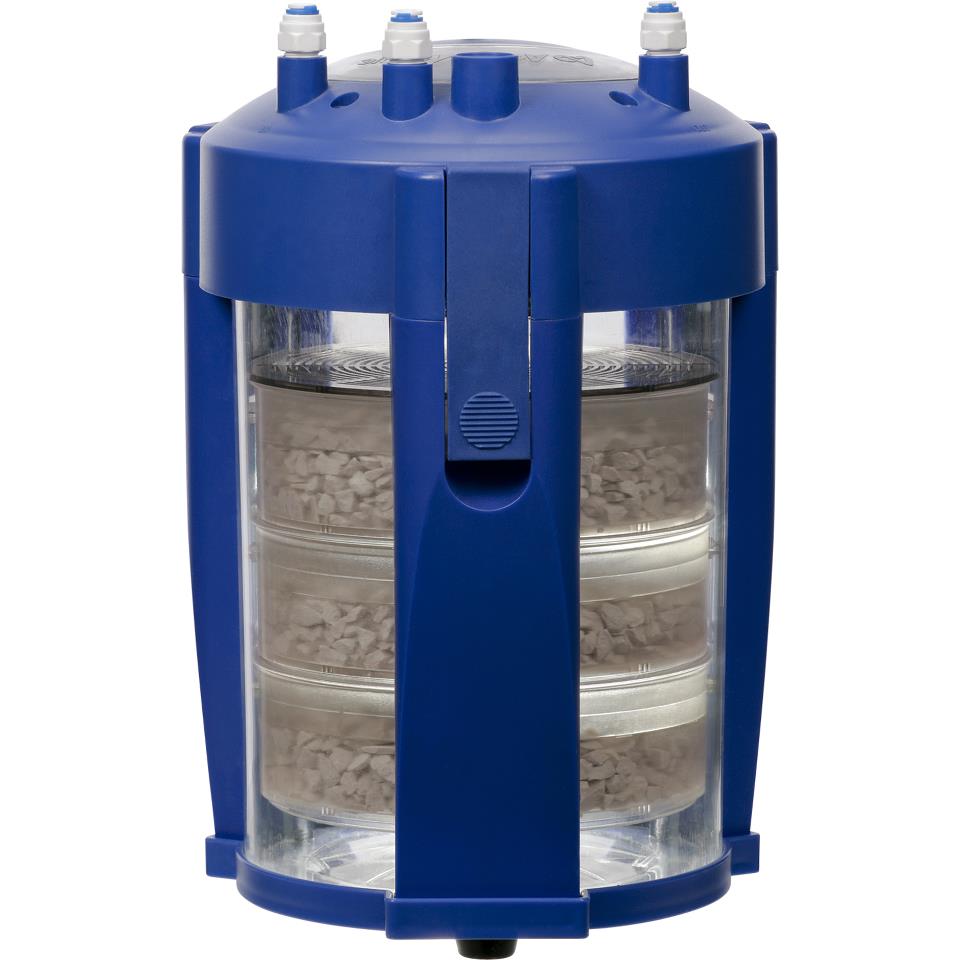 Aqua Medic is taking a fairly unique approach to the world of calcium reactors with the introduction of their Calciumreactor KR Blue. Recently shown off on their Facebook page, this reactor is built off the same hardware as their Nitratereductor reactors, and looks much like a canister filter in that its media is divided up among three different trays. Additionally, instead of using a tall, cylindrical body, this calcium reactor uses a much shorter body that is designed to fit into most aquarium stands, making its use a bit more universal.

While the Calciumreactor KR Blue looks a bit different than your typical reactor, the differences appear to be mainly aesthetic. Aqua Medic has yet to come out with a full parts list or detailed imagery, but from the looks of it, the reactor still has the basic components needed to deliver calcium to your reef aquarium. That said, some of the ammenities found in other reactor models don’t appear to be present on the Calciumreactor KR Blue.