Aquarium Automation: The Theiling Rollermat and Other Web-Filtering Technologies 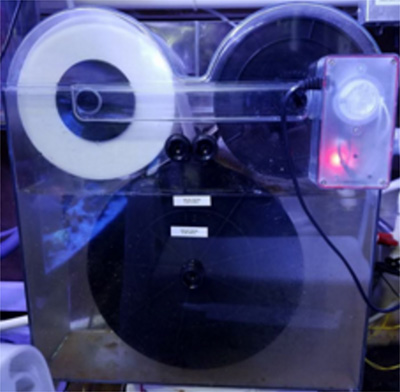 The problem: For the longest time, I have been trying to lengthen the maintenance interval for the filter socks on my 450-gallon system, which currently clog every two days. I tried eliminating filter socks completely for a period of time, but the sump got extremely messy and turned into a nitrate bank. The next option was to try 200-micron-mesh socks, which did help extend the replacement period, but they did not polish the water as well and eventually still clogged over a period of time.

The solution: Following my mantra to automate my system as much as possible, I looked into the Theiling Rollermat. It works by collecting overflow water that is gravity fed into the chamber and forcing it through the fleece to exit the sump, which is located in the center of the rolling web cage. After reviewing the specifications and checking the experiences of others who adopted it a year earlier, I believed this was the next step. The Theiling Rollermat initially comes with a shorter roll than the normal replacement 6” wide x 147’ long filter fleece roll MORE