©All photographs by author

Nowadays everyone who knows how to press the shutter button can take a good picture ” I’ve read it somewhere on the net recently and it made me think. On one side it’s hard not to agree that technology changed so much in the last decade; for example a phone can take a sharper, more vivid picture than a $1000 digital camera could in the late 90’s. We have a touch- sensitive focus cameras, 3d cameras (what’s the point?), gps-tagging, RAW format and so on. But on the other side it’s still the same shutter button, aperture and shutter speed settings, lens build changed a little, and the universal rule of thirds John Thomas Smith wrote down, is still a principal of good composition.

I would say taking a nice vacation shot became easier recently, but producing an interesting photograph that will stay in observer’s mind and one people will talk about is an achievement only few managed to accomplish so far (just grab an issue of National Geographic magazine to see what I mean). It takes a good amount of practice and looking at your work critically only help polishing your skills.

Parts II,III and IV can be viewed here: 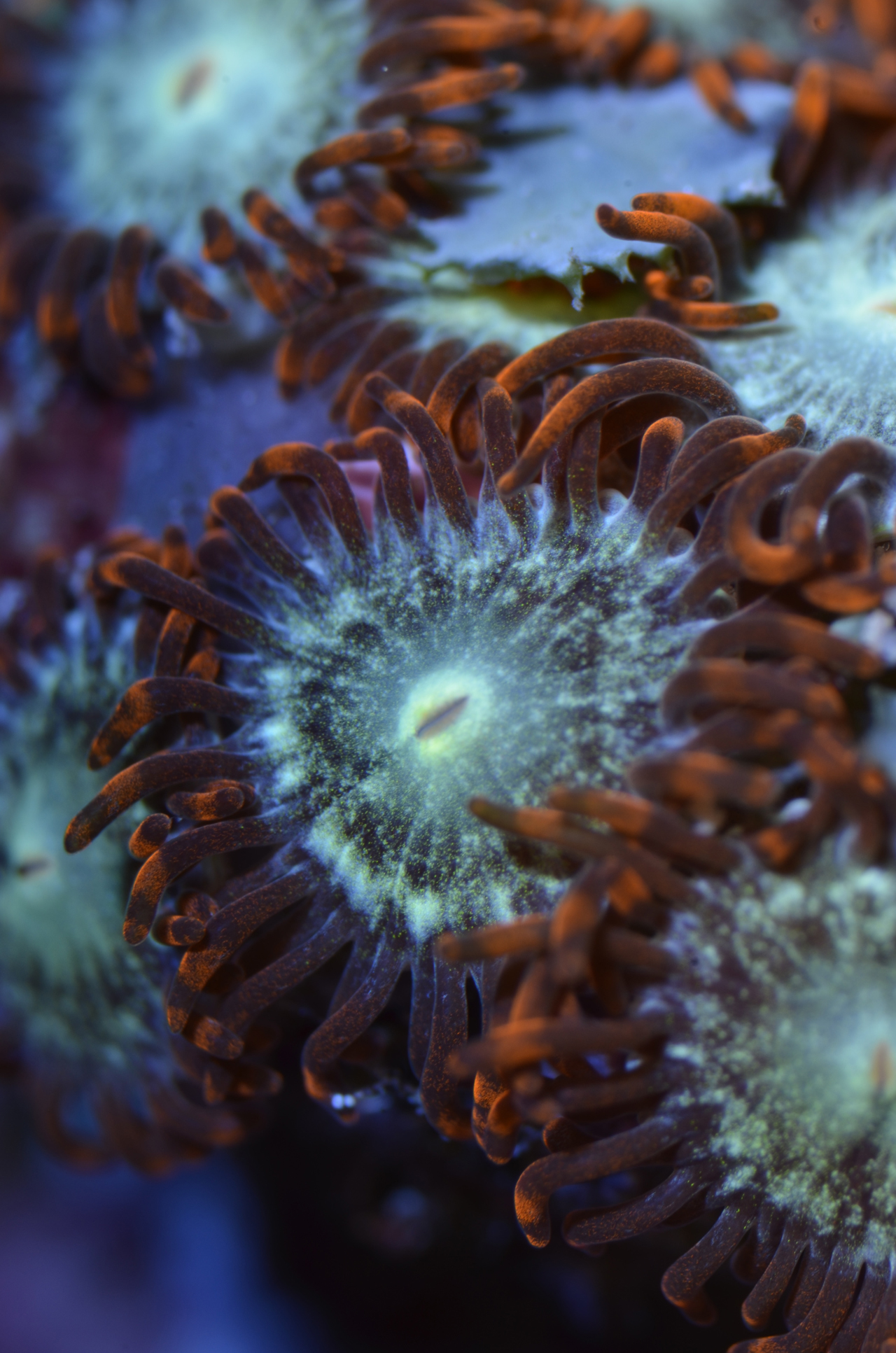 In this series of articles I will explain the nuisances and rules of photography with special focus on aquarium and underwater photo-taking. In part one I will approach the dilemma of camera shopping – how to choose a good camera and what features are important to take pictures of your aquarium(s).

Aquarium photography requires some customization to camera settings, so choosing one that allows changing them is important. I will purposely avoid writing about cellphone cameras, because while they advanced from being a geeky gadget to quite capable equipment, technology is not there yet to provide anything better than a sweet facebook shot.

The single most important thing you need to think about when buying a camera is your budget, but isn’t that obvious? The real question is whether you are going to invest more money into your equipment along the road or you would rather like to have an ultimate machine that suits all your needs now. True is, the first option is a money pit while the second is unrealistic. Decisions, decisions…

There are three categories of cameras I want to write about, the latter being a modification to first two. Those are:

Let’s talk about cons and pros of each category:

1. DSLRs main disadvantage is their cost. Expect to pay a minimum of $500-600 for an entry level camera with inexpensive zoom lens. Add to it the additional lenses and accessories you may desire after some time and eventual upgrade to a semi-pro or professional dslr down the road an you may end up having a photo equipment worth more than your car (or wife shoes/husband power tools). DSLRs can be bulky too (but that changes now with the new mirror-less cameras on the market) and i found myself unable to fit the camera between the glass and the rest of the room many times.

That’s all I can think about on the negatives of DSLR camera. The list of advantages, in comparison, is much longer. First of all, you can change the lens and that gives you endless possibilities. Wanna take a picture of fast moving fish-grab a prime lens (prime lens is a lens that have fixed focal length, for example 50mm f/1.8). Need to show-off with that single polyp zoanthid you just bought for $200? Macro lens is your friend. Switch to zoom lens and you have a nice full tank shot. I’m going to talk more about lenses in another part of this series, let’s focus on other advantages of DSLR now.

Another thing that stands out when it comes to interchangeable lens cameras is their ability to freely adjust settings according to situation (please note that top-level point and shoot cameras offer that level of customization as well). Settings like aperture, shutter speed, ISO, white balance and focus point. I will explain each and every one of them later.

Third reason to buy DSLR is it’s expandability. While buying a point and shoot leaves you pretty much unable to expand it’s capabilities, DSLR bodies can serve you for years before the need of replacement. There are countless accessories available on the market today, from additional lenses, external flashes and remote triggering systems to extension tubes and geeky stuff like the ones lensbaby company make. After all, DSLR proves to be a good choice if you’re really into photography hobby in general and particularly helpful when shooting aquatic life.

P&S cameras are usually small, light and nice-looking. Some offer little customization for the sake of staying idiot-proof while others have custom settings a DSLR would envy. Generally speaking, P&S are easier to use than DSLRs and most of their settings can be found in menu on the lcd screen as oppose to dozens of buttons, levers and dials on DSLR bodies. Some find it a big advantage, but I prefer to have as many physical buttons as possible so I don’t have to take my eye off the viewfinder. Speaking of, 99% of people compose the scene on P&S looking at an LCD screen rather than through viewfinder while only recent DSLR models have live-view mode built in.

But it’s the price that separate the worlds of DSLRs and point and shoot cameras. Unless you want a top of the line model, P&S are always cheaper than interchangeable lens cameras.

On the negative side, P&S cannot be expanded. You are left with one lens and,in most, cases, with built-in-flash. P&S cameras loose their value quickly so if you made a bad choice in a first place, you will loose more $$$ in the end. Other than that, P&S are slow compared to even cheapest DSLR’s, the time they processors “think” between each exposure is much longer and can be frustrating in situations where you cannot “re-draw” the scene (think of a mantis shrimp that decides to poke it’s head for few moments after spending months hiding under rockwork).

3. Underwater cameras, stand in their own class for the fact that they give an entirely different perspective-here you can be as close to the action as camera focusing system allows and shoot at any angle you want. They come in a form of point and shoot cameras as well as DSLRs.

Underwater cameras can be divided into two categories-ones that are sealed by the manufacturer and don’t need an underwater housing and ones that do. The latter don’t work well in aquarium environment because they are rather bulky and uncomfortable to handle in a fish tank, but are better suited for diving as they can be used at greater depths.

Small weatherproof and shockproof point and shoot cameras gained popularity not so long ago as a vacation shooter alternative. Now every major brand has at least one model so there are plenty to choose from. Most of them offer shockproof capabilities and are waterproof up to 33 feet, which is enough for even the largest tanks (or pools if someone is that crazy about fish-keeping). Believe me, they really work and offer good results. Count in the fun factor of messing with your fish trying to catch them in the frame… 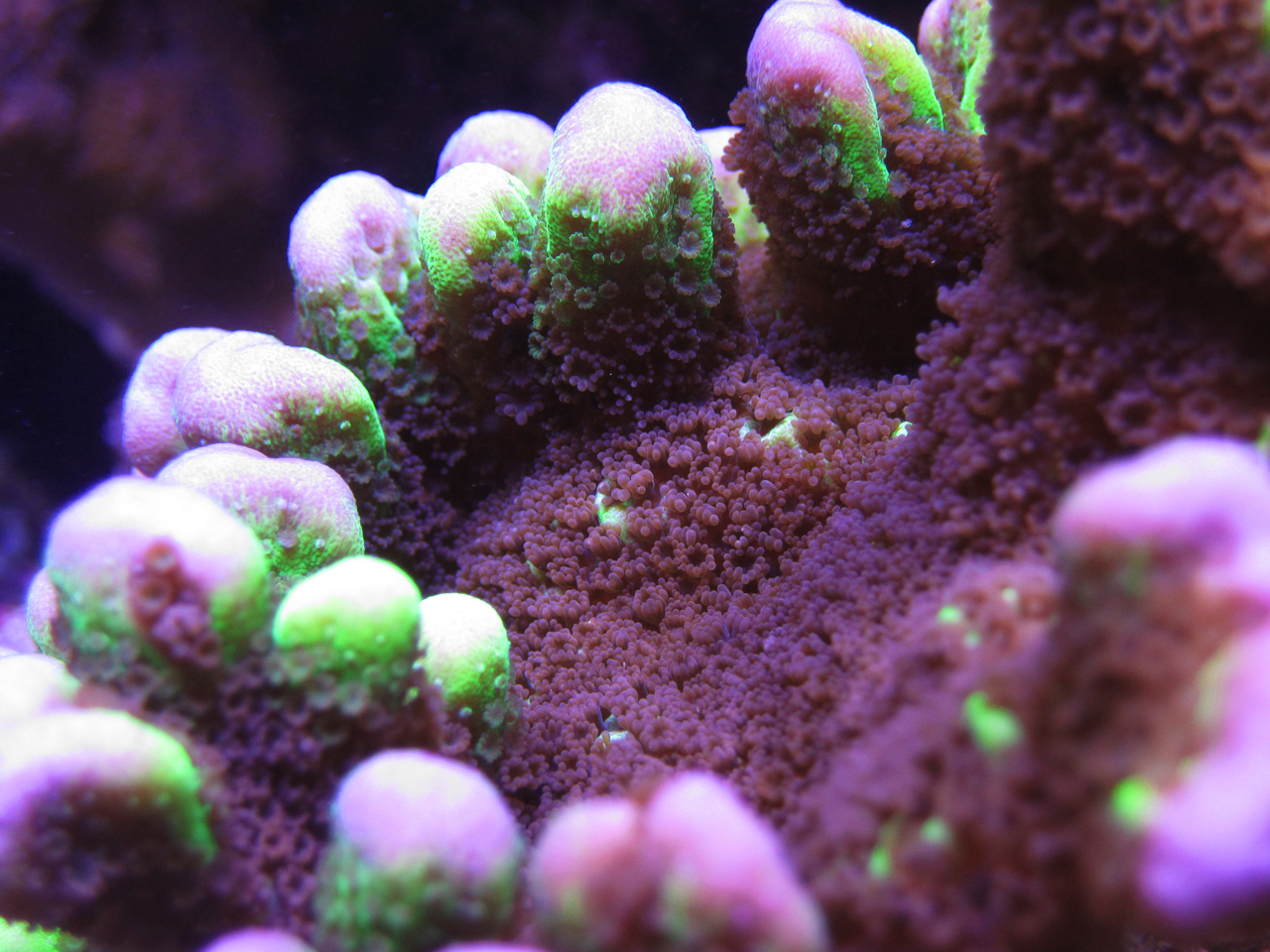 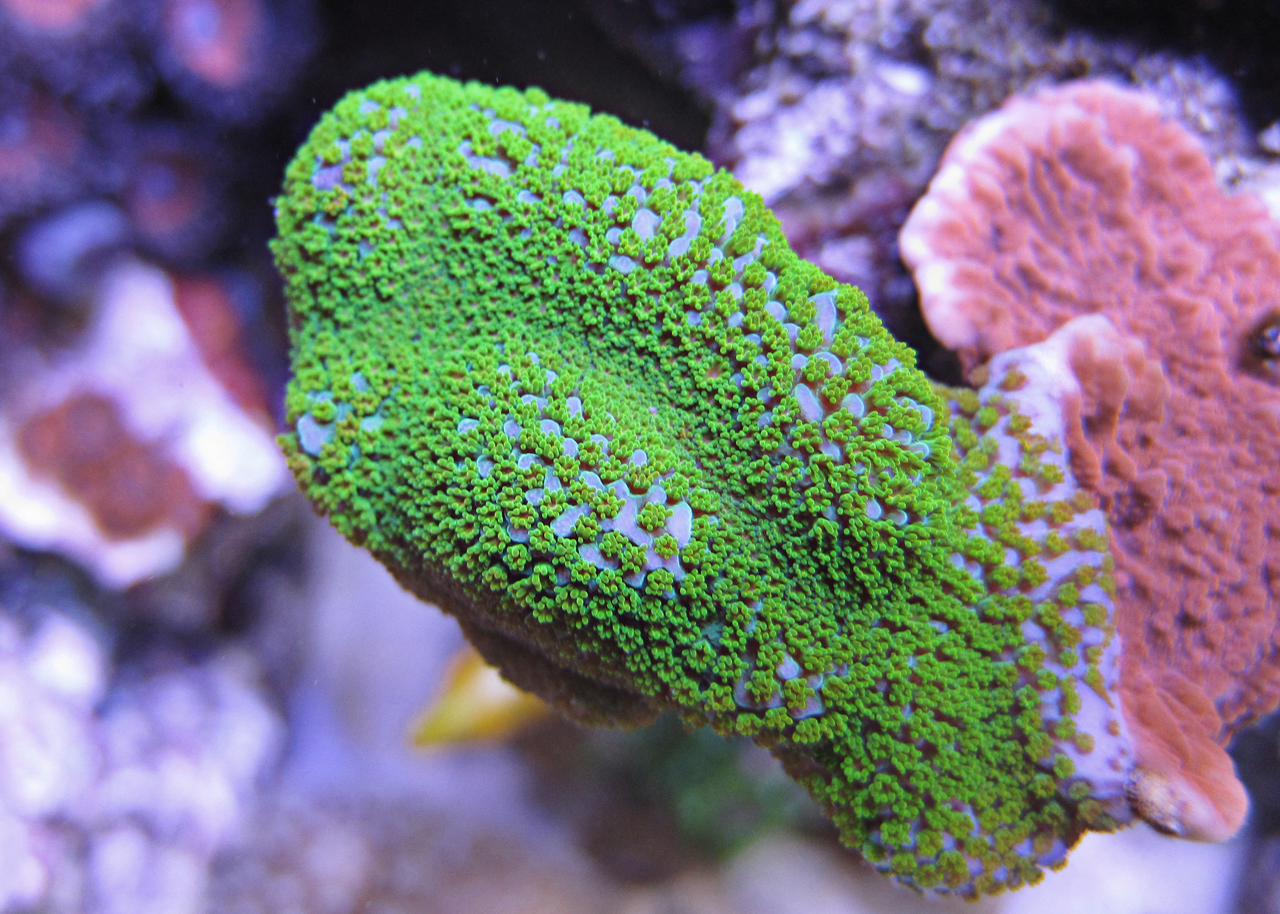 All of the options I presented offer unique capabilities, all require different approach to the topic and the learning curve is different from each of them. At the end of a day it will be your money to spend, but try to think about major facts: what is your budget and if you’re willing to spend money in the future (I forgot to mention that photography is even a deeper money pit than reef-keeping), how serious you are about photography in general and what are your goals.

No matter what your choice is, there are several key things to research before purchasing a new camera:

1. Brand – this is not an easy thing to decide and no manufacturer makes an ideal camera. The big TWO (canon&Nikon) have long history of flawless cameras and great lenses, but it comes at a price, so expect to pay a little more on either of those two; Nikon and canon lenses can be pricier too, but they offer exceptional quality. Then come other brands like Pentax, Sony,Sigma,Panasonic and so on. All of them offer something and lack another, but in the end it’s personal preference and recommendations that drive the buy in most cases. Just don’t expect a Nikonian to speak objectively about canon camera (usually you’ll hear “canon? That crap, pleaaseee”) and vice versa

2. Ability to customize shooting parameters – this is very important aspect and should not be foreseen. Check if a model you like has custom modes – aperture priority (often labeled Av or A on the mode dial), shutter priority (S or Tv on the mode dial) and manual (M on the mode dial). Those are more important than scene modes as they allow precise adjustments to camera settings.

3. RAW file format support – without going into details now, RAW format is a picture format that saves all the pixel information taken from camera’s sensor with exposure settings. Those can be tweaked afterward in a RAW processing software without loosing pixel information (as opposed to the popular jpeg format). If your camera supports RAW format you are far better suited to edit your photos.

5. ISO ratings – aquarium photography often require adjusting ISO settings, so look for a camera that can handle High ISO (800 and more) well. More on that later.

There are huge number of cameras on the market today, so finding one that suit all your needs is not easy. As with everything that costs significant amount of money, research has to be done. Read and see what others are using and you’ll find one you like.

Meanwhile, see you next time when we will focus on camera settings!