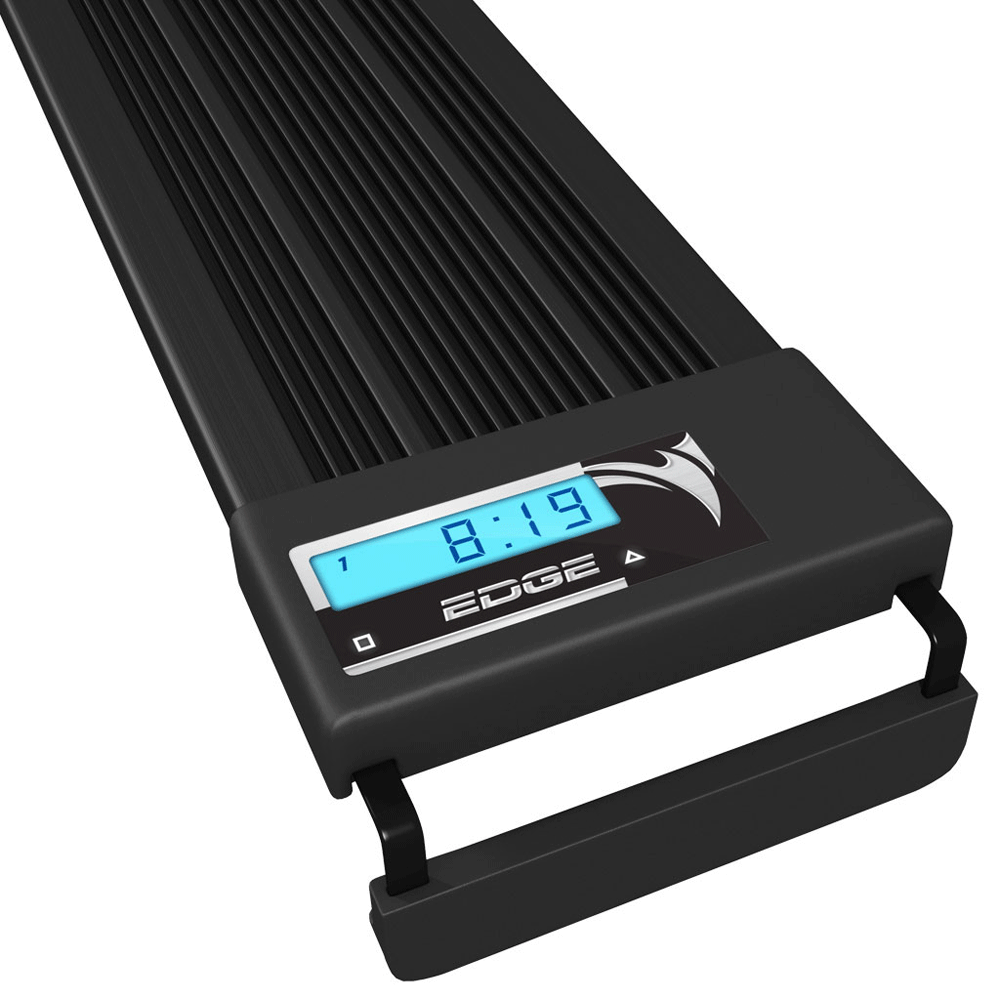 ” ‘The revolutionary, feature-rich EDGE Reef LED fixtures are a game changer in the realm of outdated, overcomplicated LED lighting systems in today’s market,’ said Michael Elliott, co-owner of Aquatic Life. ‘Though LED technology isn’t new, the variety and versatility of these fixtures allows us to target the coral-growing segment of the hobby.’

Like the original EDGE LED introduced in 2013, the Reef edition uses an easy-to-use three-channel timer with battery backup allowing hobbyists to independently control the mixed color LEDs, bright white LEDs and blue lunar LEDs. This state-of-the-art LED technology ensures maximum light output is focused inside the aquarium, while the six color combination of 120-degree dispersion, 0.5W watt LEDs provide the full-spectrum of light needed for reef aquarium inhabitants. Additionally, users can create a sunrise and sunset effect by programming the EDGE Reef LED timer to slowly turn the lights on and off over a 10 to two-hour period.

‘In addition to the visible spectrum LEDs, we’ve included three violet LEDs at 400nm wavelengths, which is in the UV spectrum. Stimulating some of the UV wavelengths, similar to that of the sun, helps the coral thrive in the aquarium,’ continues Elliott.

Available in 36-inch and 48-inch, the EDGE Reef LED aquarium’s sleek, low-profile frame adjusts to various aquarium sizes and easily locks in place for a secure fit above the tank. Both sizes were designed to provide the absolute maximum light output possible, while avoiding any heating of the aquatic environment.