The Arabian Butterflyfish (Chaetodon melapterus) in the wild 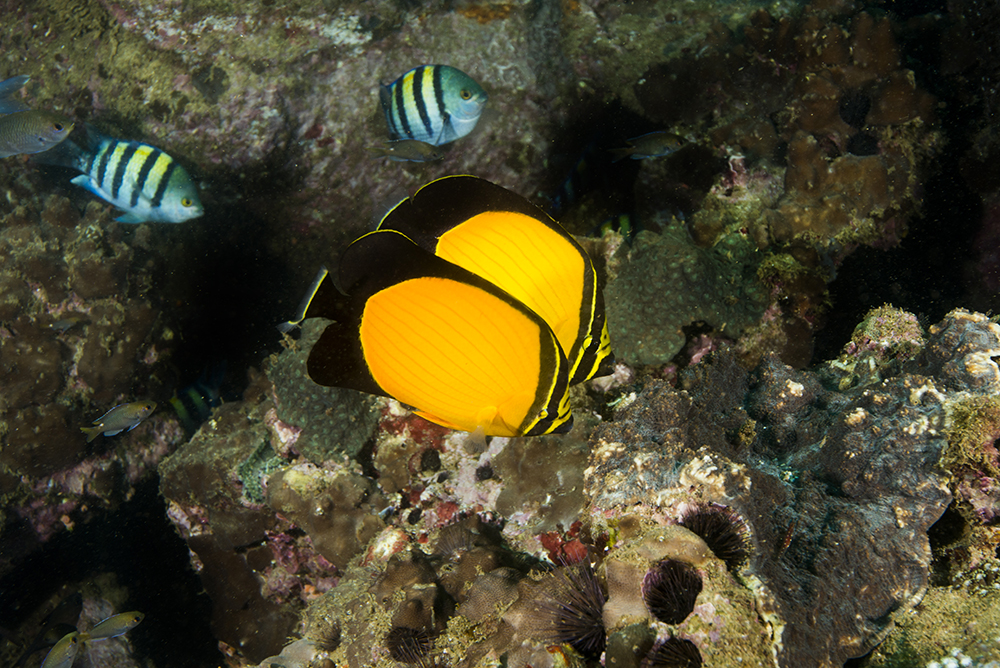 The diversity of life never ceases to amaze me!  Given the same basic problems of life: getting about in a dense medium, finding a mate, deterring/avoiding predators, and finding a food source, evolution has provided an almost unbelievable variety of fish shapes, colors, and behaviors.  Yet, within that diversity, are species that are so very similar, we might not even be able to tell them apart. 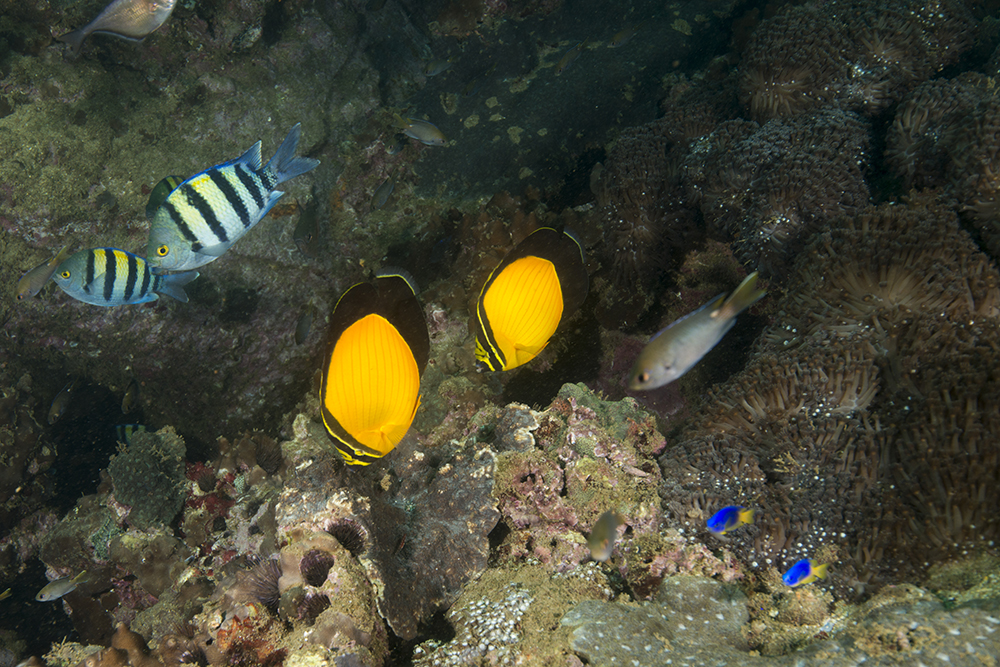 Pictured here are two fish with ranges that overlap, and are presumably fairly closely related.  Above is the Arabian Butterflyfish, and as you can see it is difficult to approach.

Below is the Exquisite Butterflyfish (C. austriacus), that I was able to get much closer to on a series of dives last year. 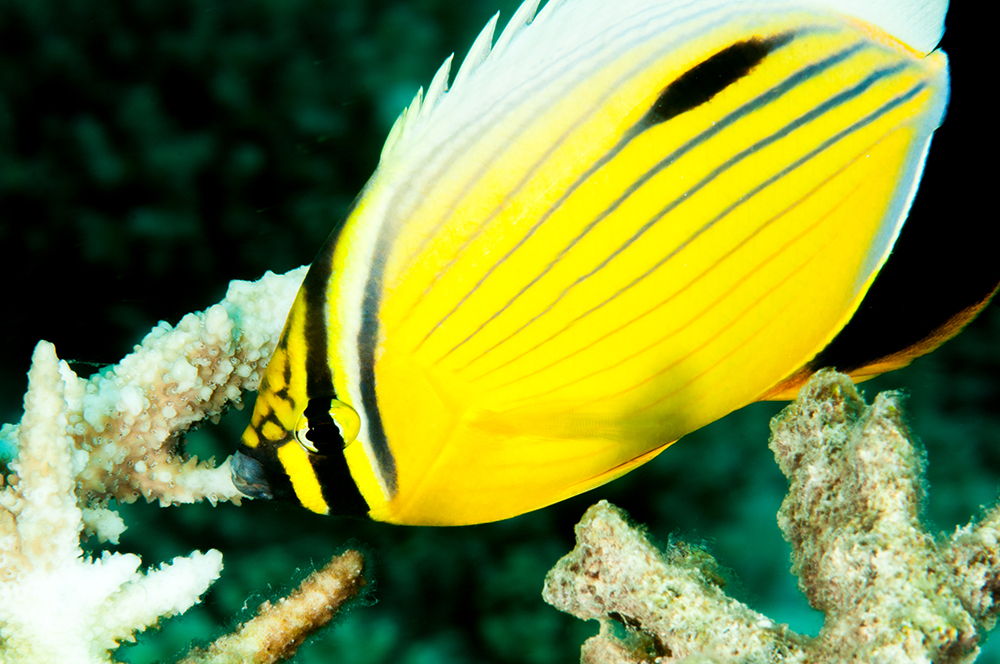 As you can see, both species have a very similar appearance, with some key differences, such as the almost entirely black ‘rear end’ of the Arabian Butterflyfish.  Compare this with the Exquisite’s white dorsal stripe which starts below the eye.

The stripes along the flanks are more defined in C. austriacus and the fish may have a deeper quality to its overall coloring, but this may be an artifact of photography and color correction in Photoshop.

Both fish are found in the Southern Red Sea, though C. austriacus‘ range only extends into the waters of Southern Oman.  C. melapterus has a similar range, but is found into the Arabian Gulf according to my guide to the region.  However, that book also says C. melapterus is easily approached, so what do they know? 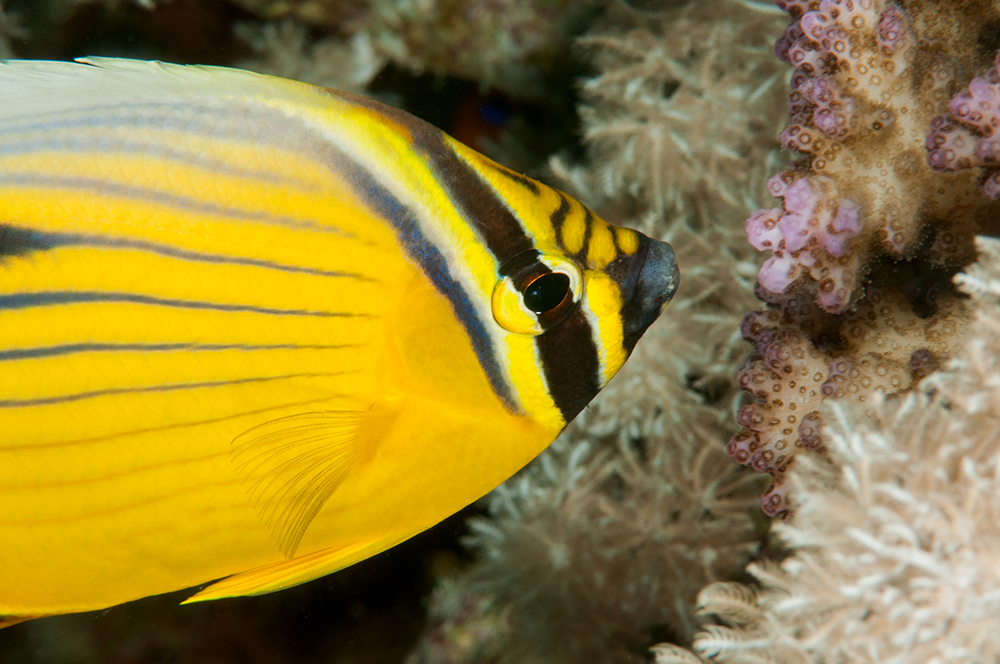 Both species are mainly consumers of coral polyps.