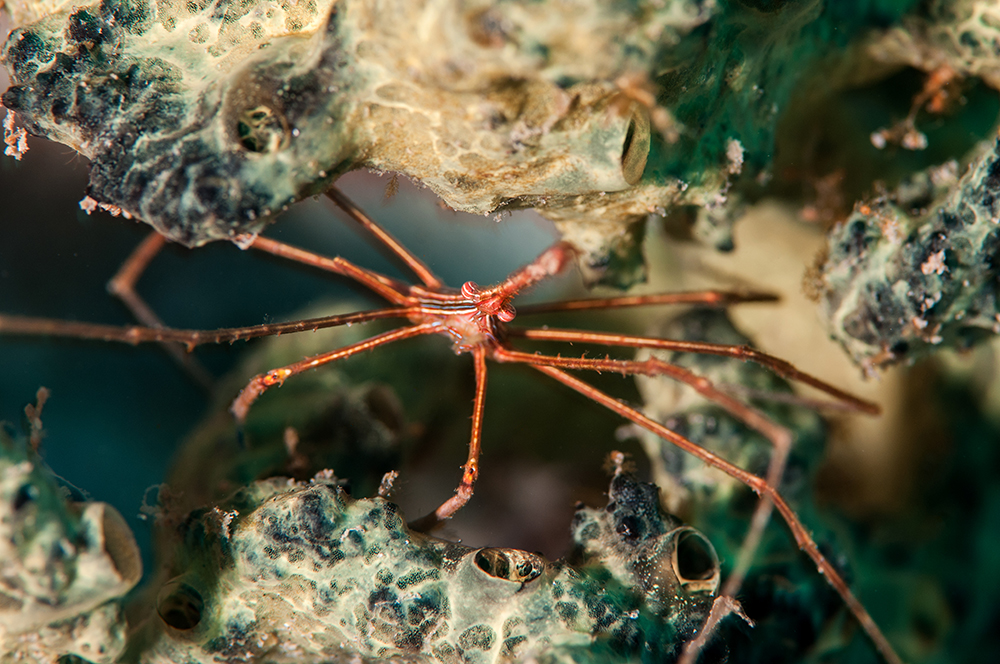 I’ve been a big fan of arrow crabs since I first saw one in a dealer’s tank, many years ago. I did consider buying it, but fortunately I had the good sense to do a bit of reading beforehand and I realized that these striking animals might not be for me, and may well have become a prey item. Some of the coral species I kept in my captive reef might not have welcomed the addition of an arrow crab either.  Since then, I’ve been fortunate to be able to enjoy them in the wild. Here are some of my favorite pictures of arrow crabs from the Caribbean. 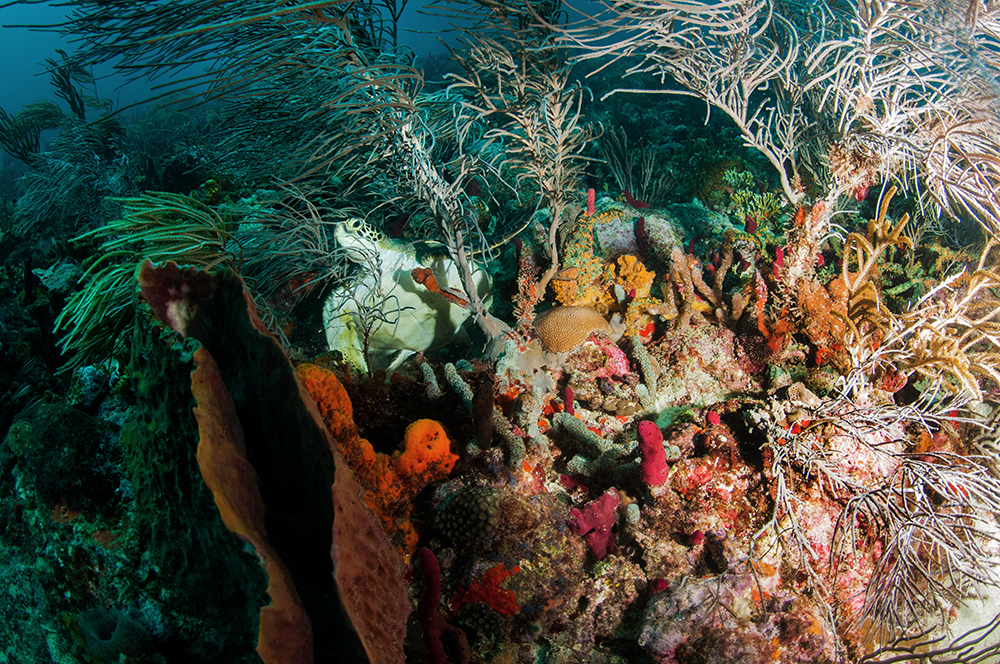 On my first Caribbean trip, I was amazed to see just how many arrow crabs there were, it seemed that every sponge opening and rock crevice offered a home for a crab, each one looking quite resplendent with a fine series of stripes along its carapace, running up to and across its eyes. Their long rostrum lends them a slightly cross-eyed look in my opinion. The body and rostrum shape gives them their common name.

Some people have success in keeping them in aquaria. The crabs are long-lived and often peaceful, but many reports exist of them being very poor additions to a home tank. If in doubt, log onto a few forums and read reports from fellow aquarists.

The most commonly-seen arrow crabs in captivity are, I believe, Stenorhynchus seticornis, which is the species featured in these images. According to the World Register of Marine Species, there are four species in this genus. 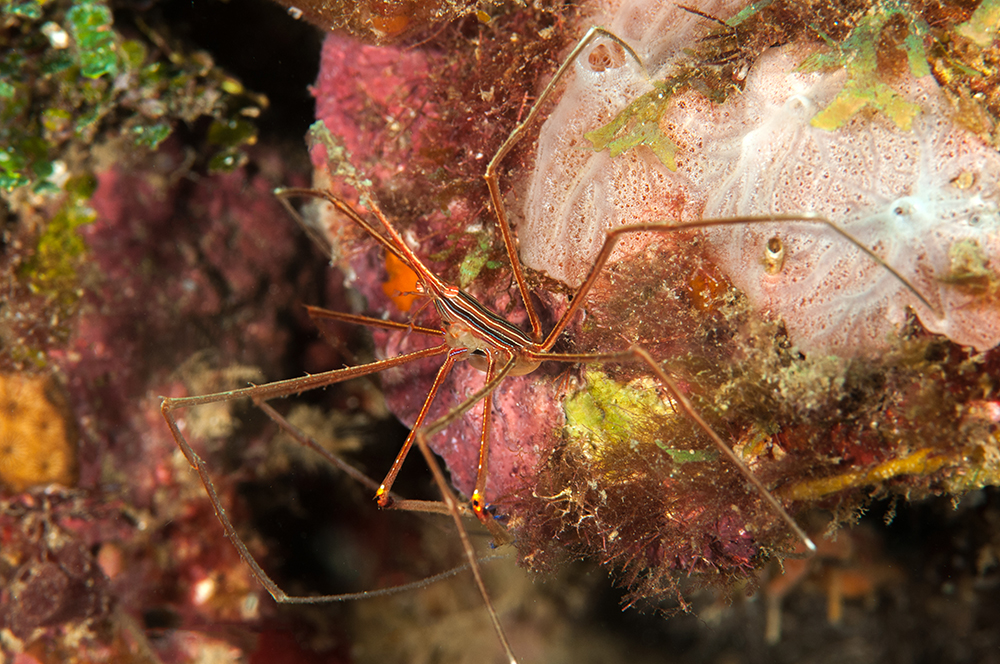