Artificial Reefs in the Wild Part 2 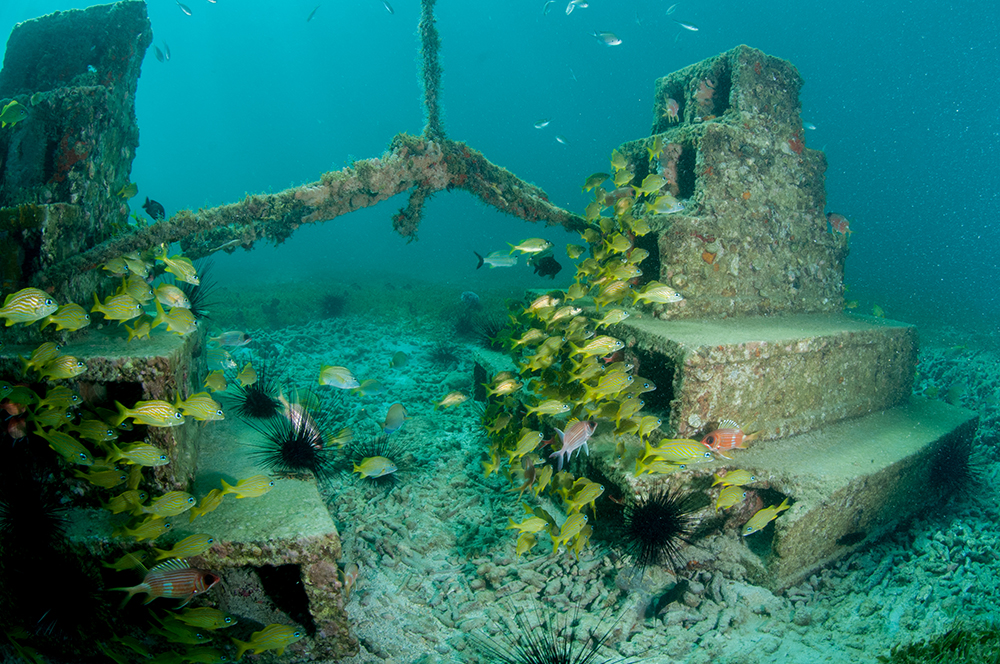 It has been a while since I’ve shared these images, so I thought they’d be worth circulating again, this is after all, one of the best small scale reef creation projects I’ve witnessed, and, there’s a video.

I was on a journalism trip to the lovely island of Grenada, learning, amongst other things, how disease had reduced the urchin population, leading to overgrowth of algae on many reefs. I had some great dives, but what I enjoyed most was watching a concrete pyramid water skiing out to sea.  Don’t believe me?  Watch the video:

As you can see, the new structures are sunk away from the other existing structures and then floated using air bags and dragged to their final position by the dive team.  The bags are deflated and the new framework for a reef is in place. 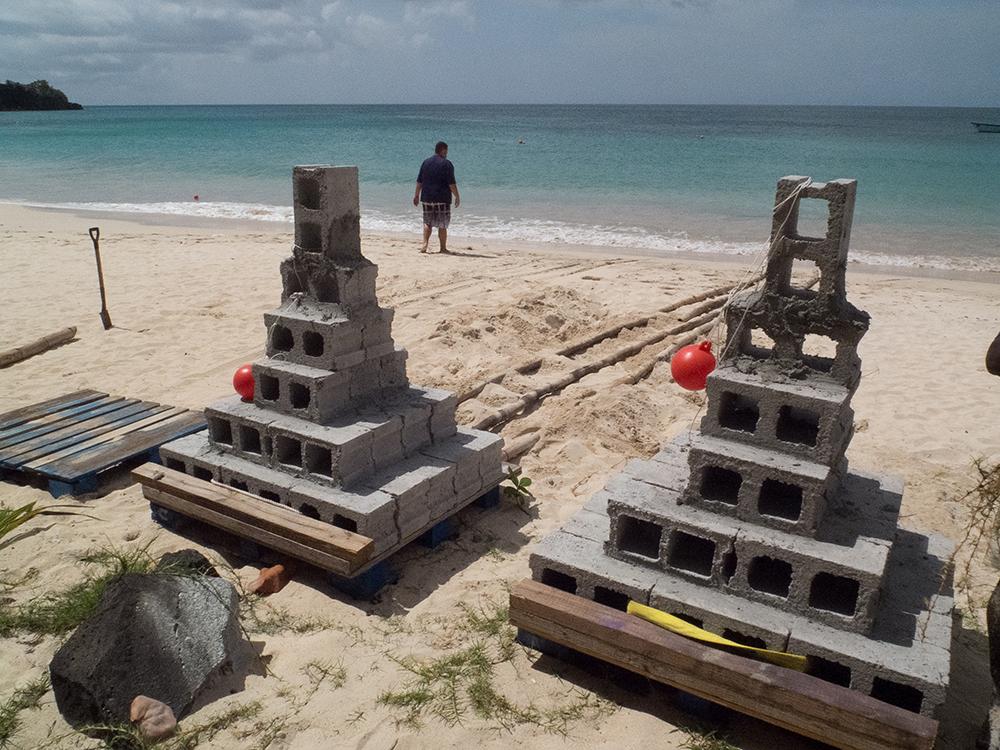 The new reefs are simple constructions, but full of locations for reef species to settle 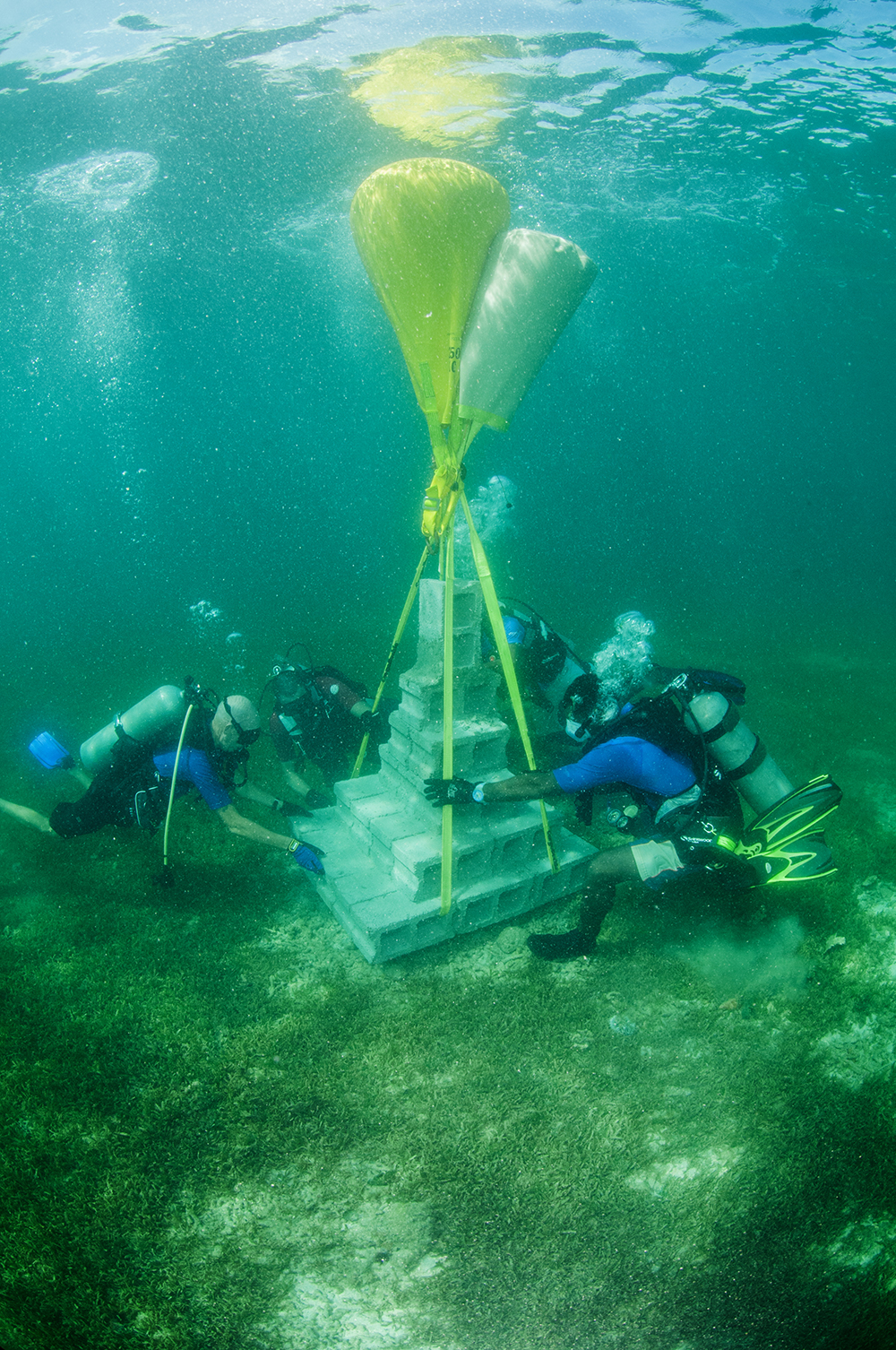 lowering the reef to the seafloor 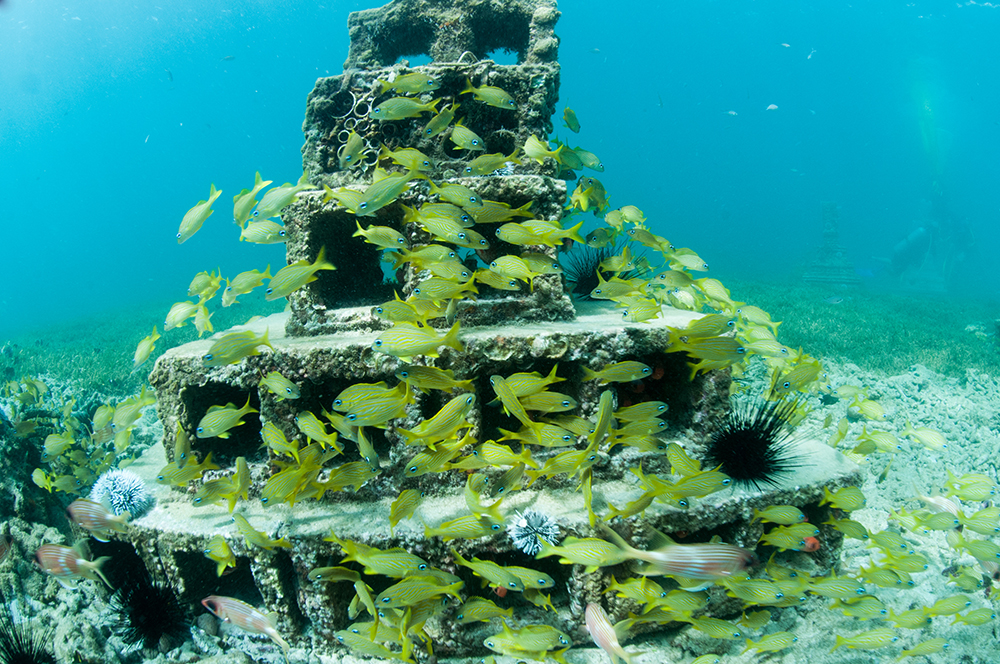 The new reef joins a family of a dozen or so.  As you can see, they become quickly colonized and it is good to sea urchins on this one. The ever ubiquitous snapper seem more than happy. 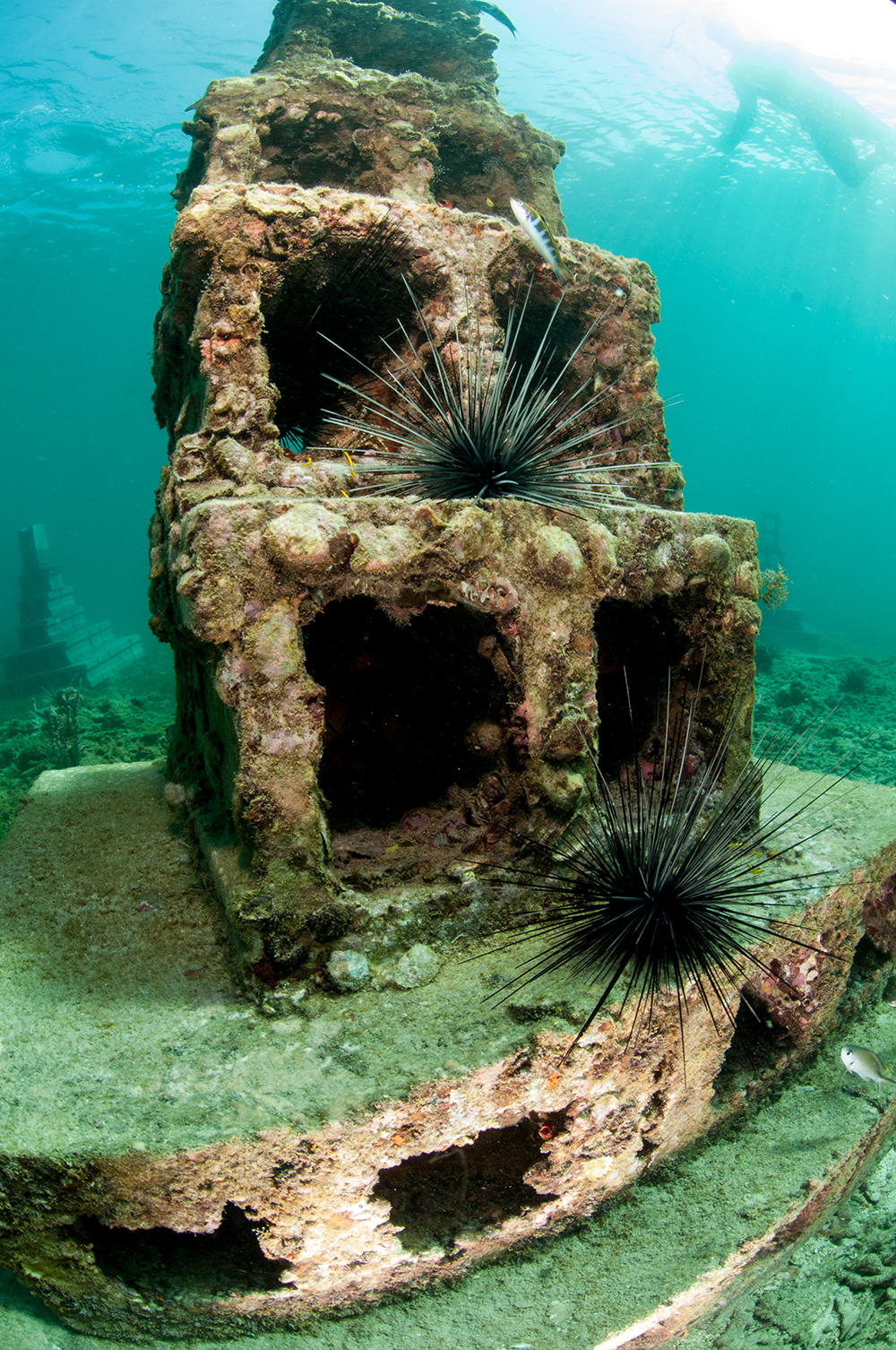 This one is hosting several urchins and quite an encrustation of life.