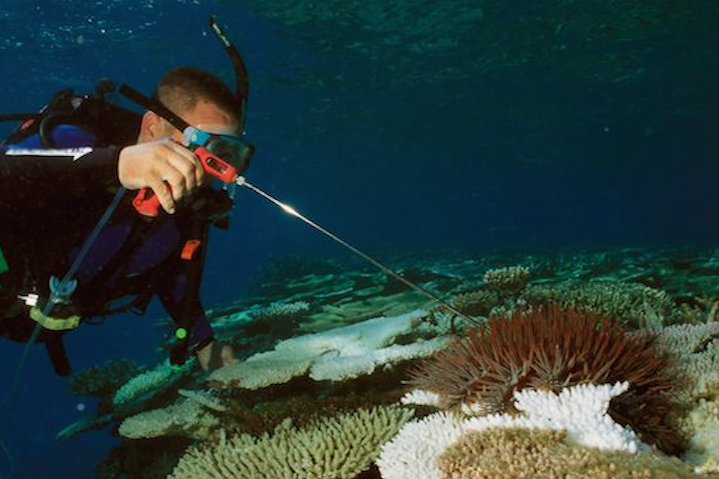 Image Credit: Getty Images The crown-of-thorns starfish has been one of the single most destructive threats facing Australia’s Great Barrier Reef. Its voracious appetite for hard coral flesh combined with its accelerated life cycle have caused massive losses to the tune of nearly 50% of all corals along a 1,500-mile stretch of the Queensland coast over a few decades. This has caused some drastic measures to be taken by wildlife officials, most of which has been centered around an ineffective 20-point injection method that kills the starfish. According to multiple news stories, however, that method was replaced with a much more effective single-injection method that has led to more than 250,000 starfish deaths over the last two years alone. The new injection method is also more effective in that it kills the starfish in just two days and is supposedly harmless to other marine life. Previous methods consisted of injecting acid into each of the starfish’s arms, which could obviously do some pretty significant damage to nearby corals as well. According to the Daily Mail’s coverage of several interviews with Australian officials, the Australian government has already provided £560,000 of funding towards removing the starfish, with another £1.1million in the budget for future starfish destruction. MORE: Australia Wipes Out 250,000 Crown-of-Thorns Starfish in Two Years