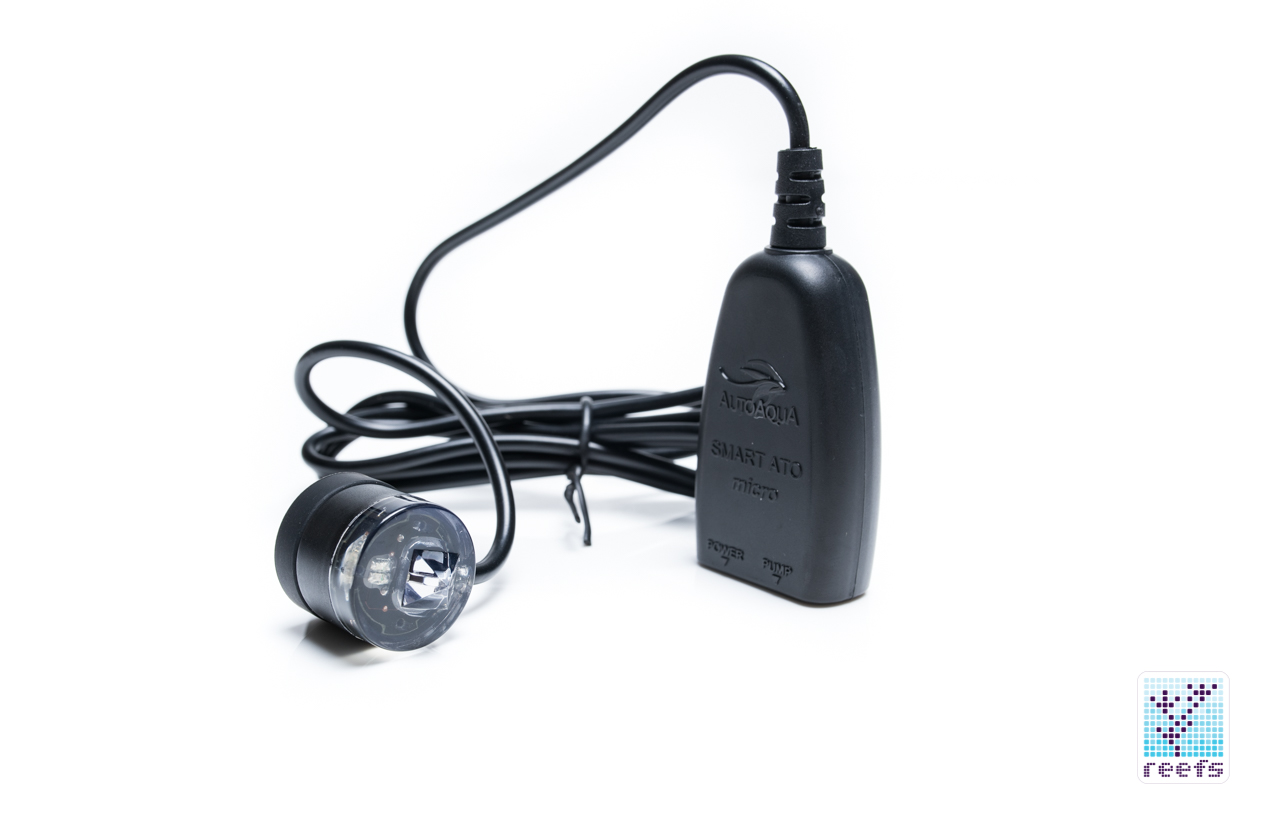 Remember the days when automatic top off systems were in their operational infancy and largely unknown to the aquarium-keeping masses? When we had to regularly haul gallons of freshwater, manually replenishing what evaporated from the tank to maintain the stable salinity so crucial to the well-being of its inhabitants? Fortunately, those days are over and, thanks to technical advancements in the aquarium industry, an automated top off (ATO) system is now a standard piece of equipment in most reef tanks. ATO systems these days come in many different “flavors” and are generally classified based on the quality of their components and the level of sophistication they provide for keeping the tank’s water level stable.

One area most currently-available ATO systems do not cover is nano tanks. Equipping these smallest of reef aquariums with ATOs proves to be a challenge due to lack of real estate in an around the tanks, as well as the relative scarcity of adequate components suitable for these systems. AutoAqua, makers of the highly popular Smart ATO auto top off system, addresses this lack in the market with their latest product- Smart ATO Micro. Let’s take a closer look at the newest addition to AutoAqua line of top off devices and see how it competes against the full-size ATOs we rely on in larger aquariums. 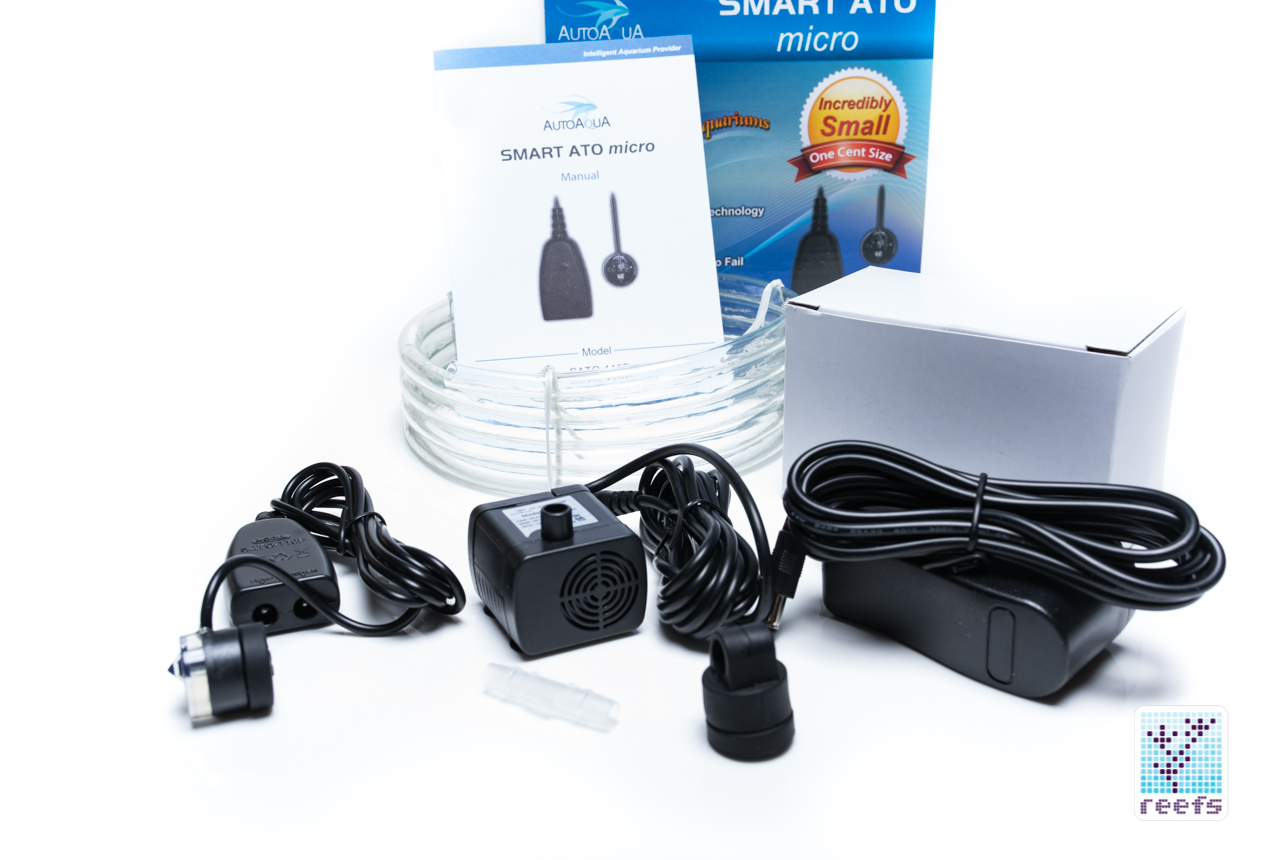 AutoAqua Smart ATO Micro comes in an elegant retail box, with photographs of the unit and detailed information about its capabilities. Inside, we have:

The first thing that struck me is how tiny everything is. True to Aquatop’s bold advertising of the product as “impossibly small and thin”, both the controller with sensor and the pump are extremely compact, to the point where it may well be the smallest ATO ever made. Look at the pictures below, taken with a quarter for reference. 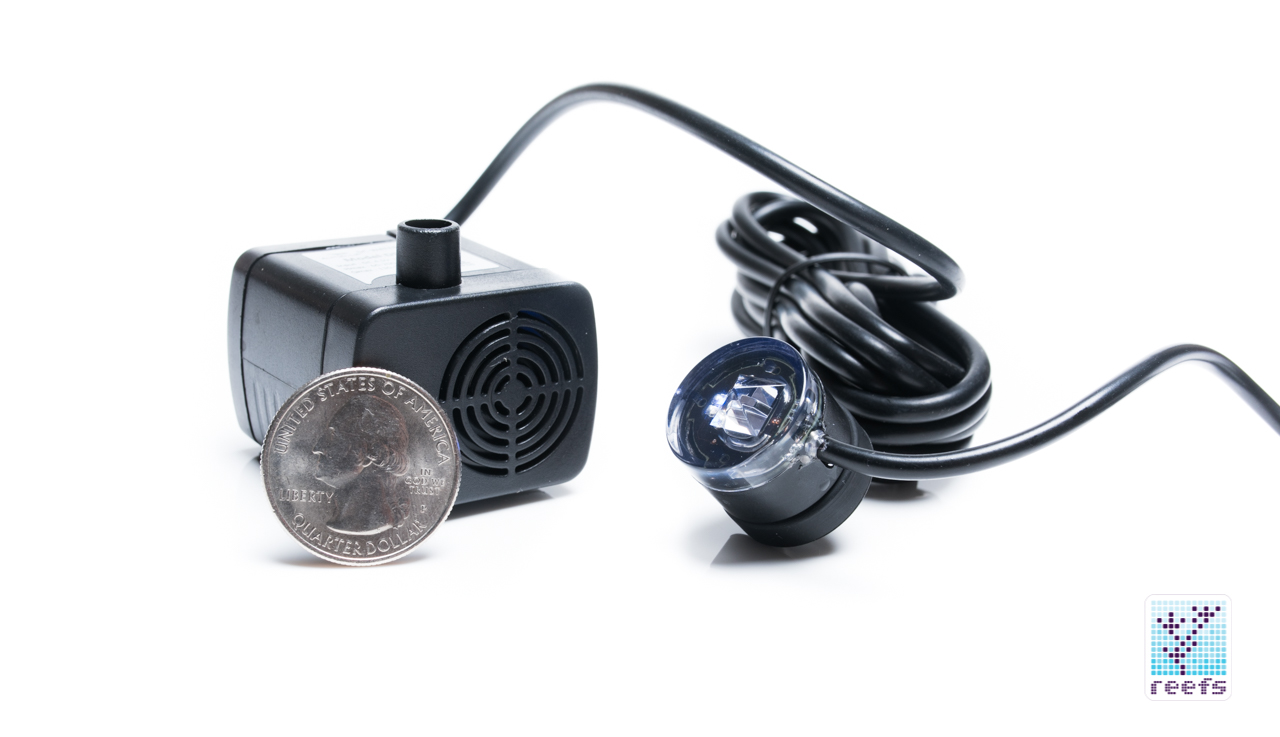 The ATO sensor is a standard prism-shaped optical sensor, often seen in full size top shelf devices, and in case you’re wondering “How the heck does this thing work?”, I’ll confess that I was curious too and did the research so you don’t have to. You’re welcome 🙂

Inside every optical water level sensor sits an LED emitter which puts out light in the infrared side of the spectrum (just like a TV remote sensor).  The diode is encapsulated in a transparent, prism shaped lens and put off center, next to a light detector sitting next to it. When sensor is above the water line and exposed to air, nearly all light rays emitted by the diode are reflected within the prism and onto the detector. As the prism gets submersed in liquid, light can no longer stay within the prism and gets refracted to the point where very little to no light reaches the receiver. That change between all light being registered by the receiver to very little reaching it acts as a switch to the sensor, closes the circuit and sends information to the third-party device the sensor is connected to (in our case, the ATO controller). The optical sensors are designed to have fine accuracy measured in millimeters and react to the change in their state immediately. That and the fact that optical sensors have zero moving parts that could potentially be compromised makes them a much more accurate and less prone to failure choice for water level monitoring. They still require maintenance on part of the aquarist (occasionally wiping off salt creep that may have built up on the prism), but are more reliable than the magnetic float switch that previous generations of ATO units had. 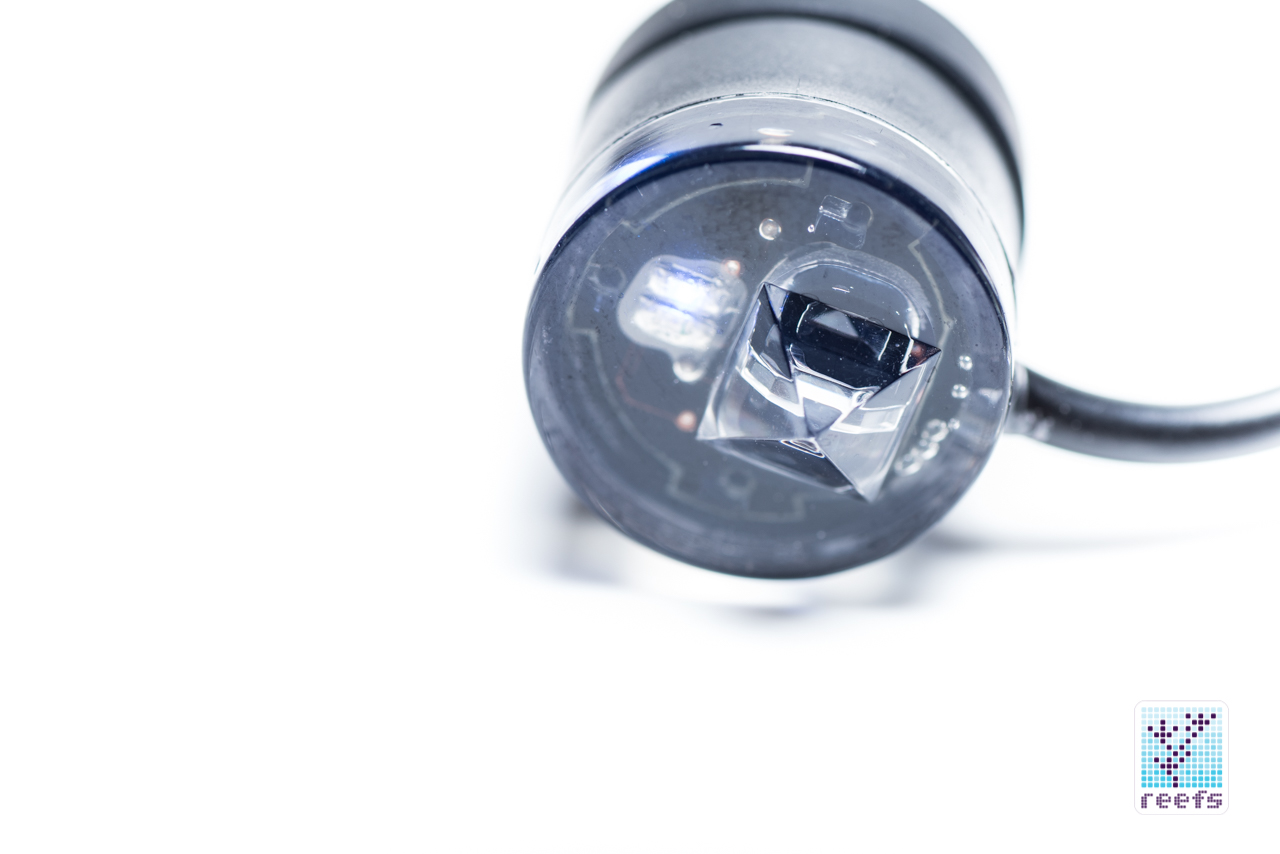 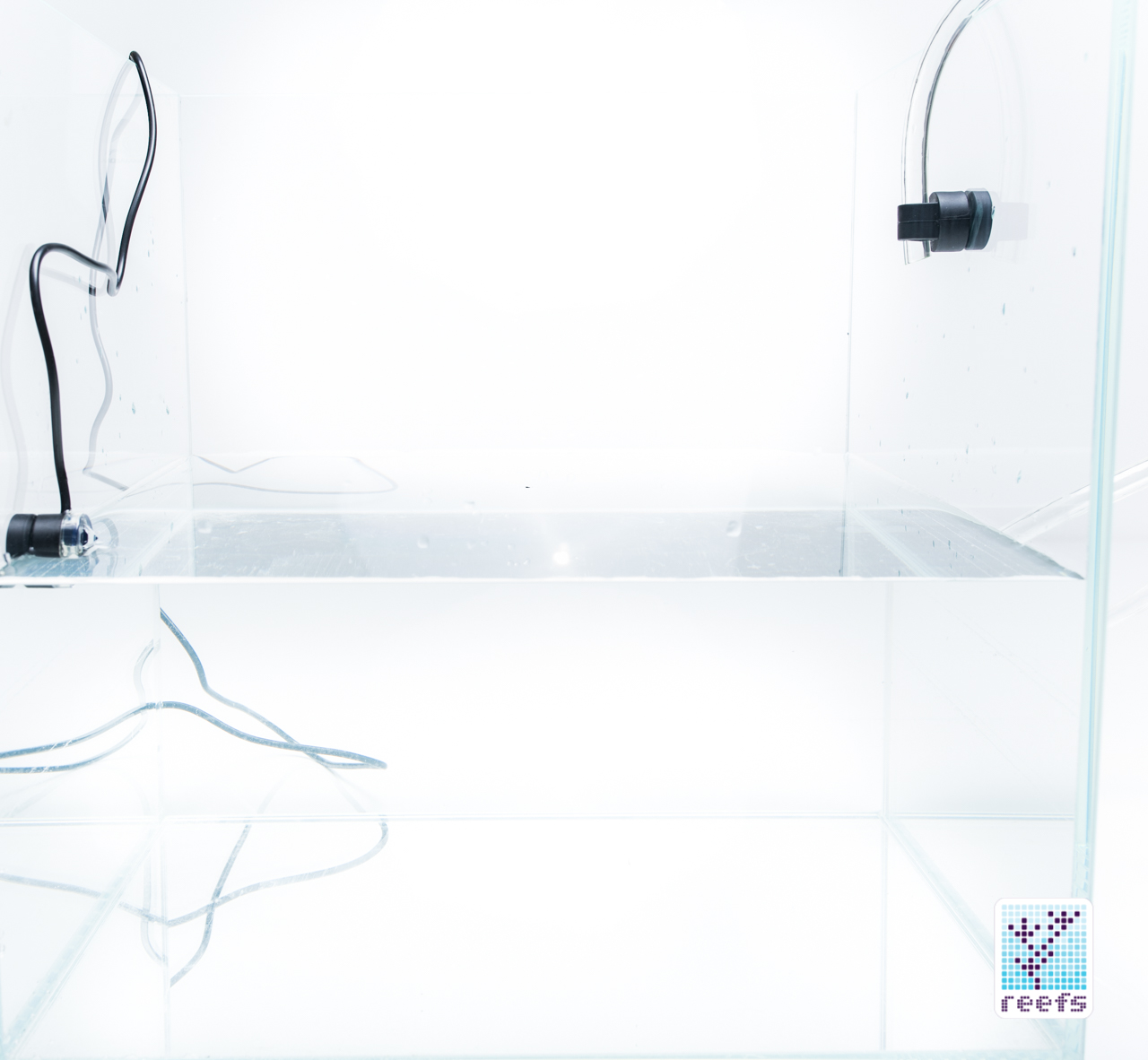 Hooking up Smart ATO Micro to the tank is a simple and quick process. There’s even a diagram in the manual showing how the whole thing should be set up. The miniature pump goes into the ATO container and gets affixed to the bottom of it via three suction cups. The sensor and tube holder are placed in the back chamber of all-in-one tanks or in the sump and held by the strong magnet. Tubing slips on the pump and through a rubber loop on the tube holder’s end. There’s an included plastic siphon breaker that prevents water from being accidentally siphoned back to the ATO container. Finally, the pump and power adapter connects to the controller, which can either hang freely behind the aquarium or be velcroed to the side of the stand. That’s it – the unit is ready to work. 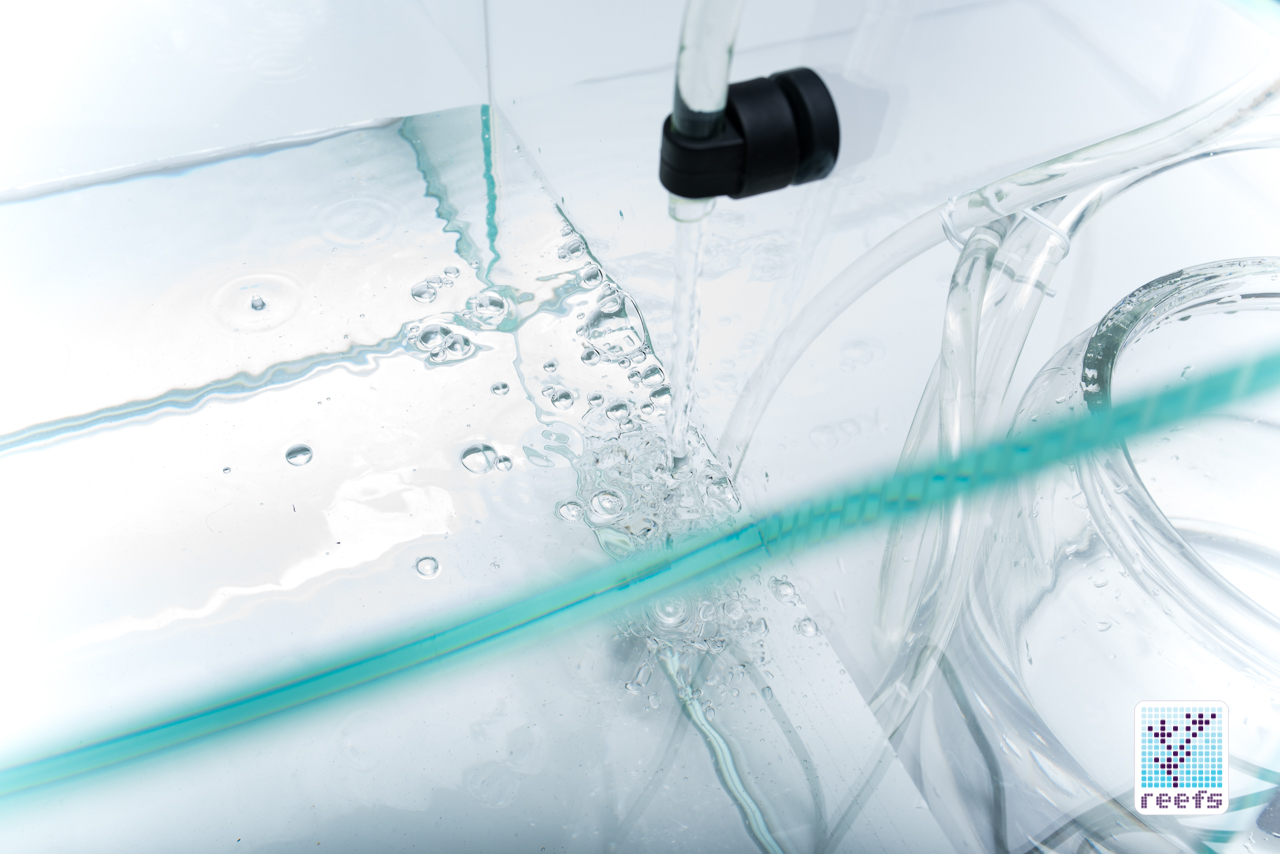 I received Smart ATO Micro a few months ago, and have been using it continuously until just recently, when I retired my 34g all-in-one tank. The sensor and refill pump tube were hung in the back chamber of the aquarium and the pump placed in a 5 gallon reservoir sitting beside the main display in the stand. There was about 5 ft of head (vertical distance between the pump and the end of the tubing attached near the tank’s rim) between the two.

Upon turning on, the ATO gives out an audible signal, and an additional diode behind the infrared LED turns blue and starts blinking, indicating a refill in progress. When the optical sensor detects that the water has reached its level, it shuts down the pump and the light turns steady blue, which means the water level is stable. A change in water level (due to evaporation) of a couple of millimeters triggers of the sensor and the whole process starts again until the tank water reaches the senor again. It worked every time and all the time for me, which is essentially the only function an ATO is required to perform. 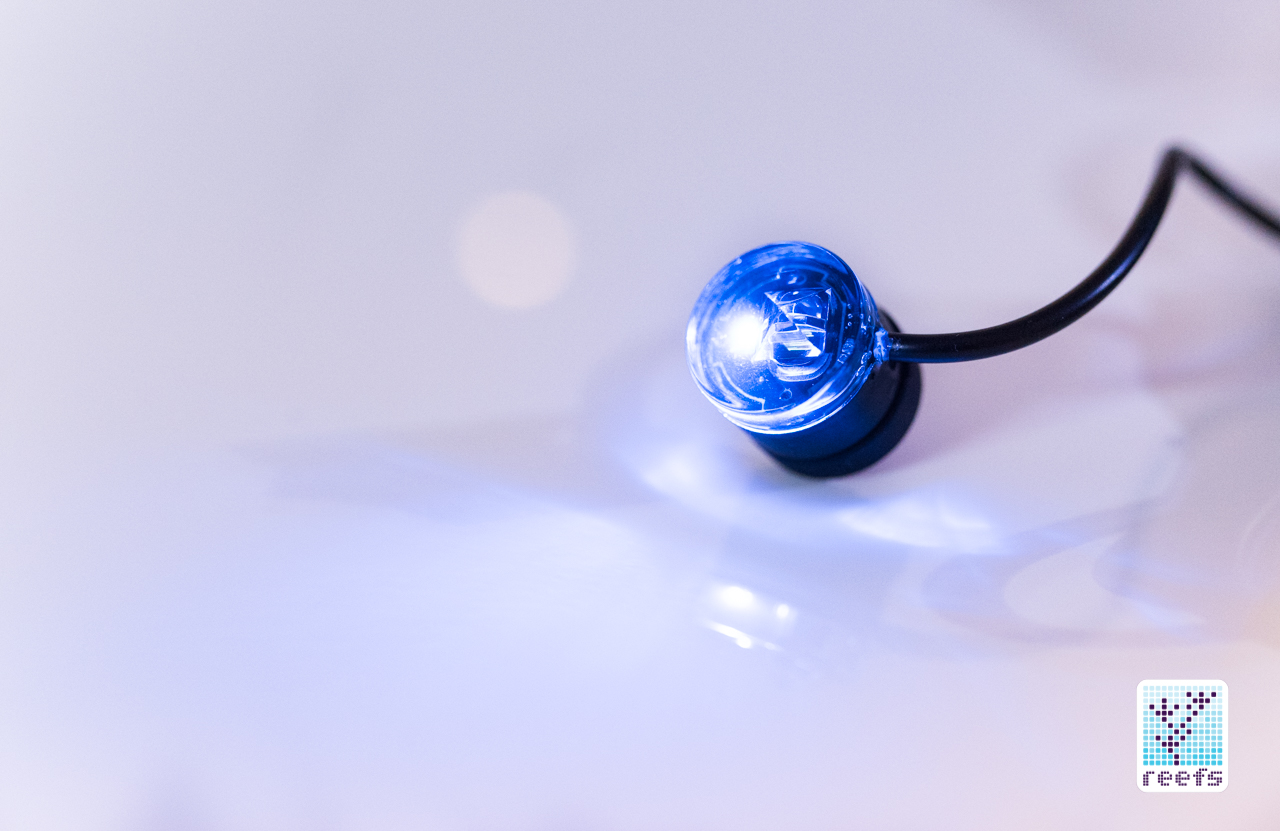 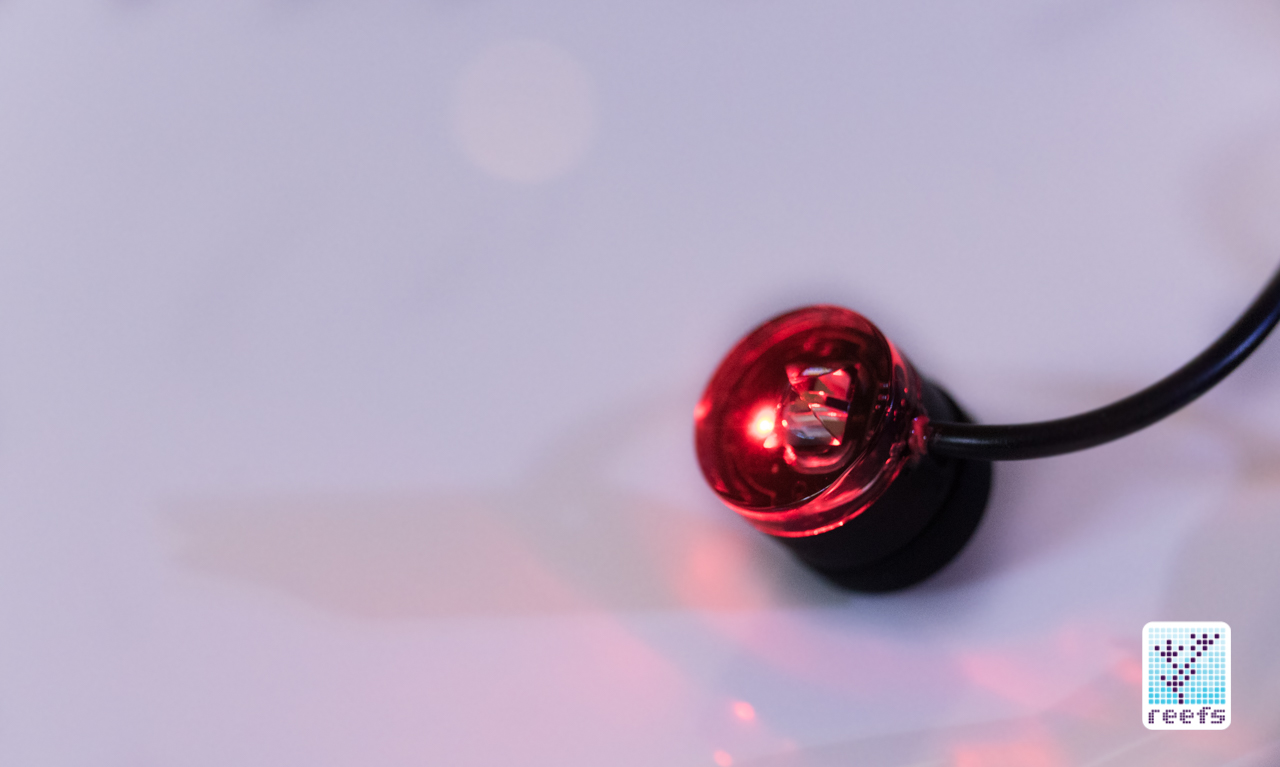 In a world where new ATO devices are flooding the market almost every year, no single device would be able to survive the competition without implementing some sort of fail-safe protection in its product. Smart ATO Micro has “Quick Security Technology””, a program that detects the amount of time that the pump takes to refill the tank, and compares it to the time it took the first time – if and when that time is recorded at three times as long as the original, it triggers a visual (the LED on the sensor turns from blue to red and blinks), as well as an audible (a loud beeping sound) signal, informing the user of a possible failure of the system or an empty ATO reservoir. It will then stop the pump from pumping water into the tank until the ATO is reset by unplugging and plugging back in the power supply.

The Smart ATO Micro component that deserves honorable mention is the pump that comes with it. What a little beast that thing is! I don’t fully understand how something that small can be that strong, but it had absolutely no problem delivering water from the ATO tank to the main display 5 ft (1.5m) higher. It does that making very little noise, too. 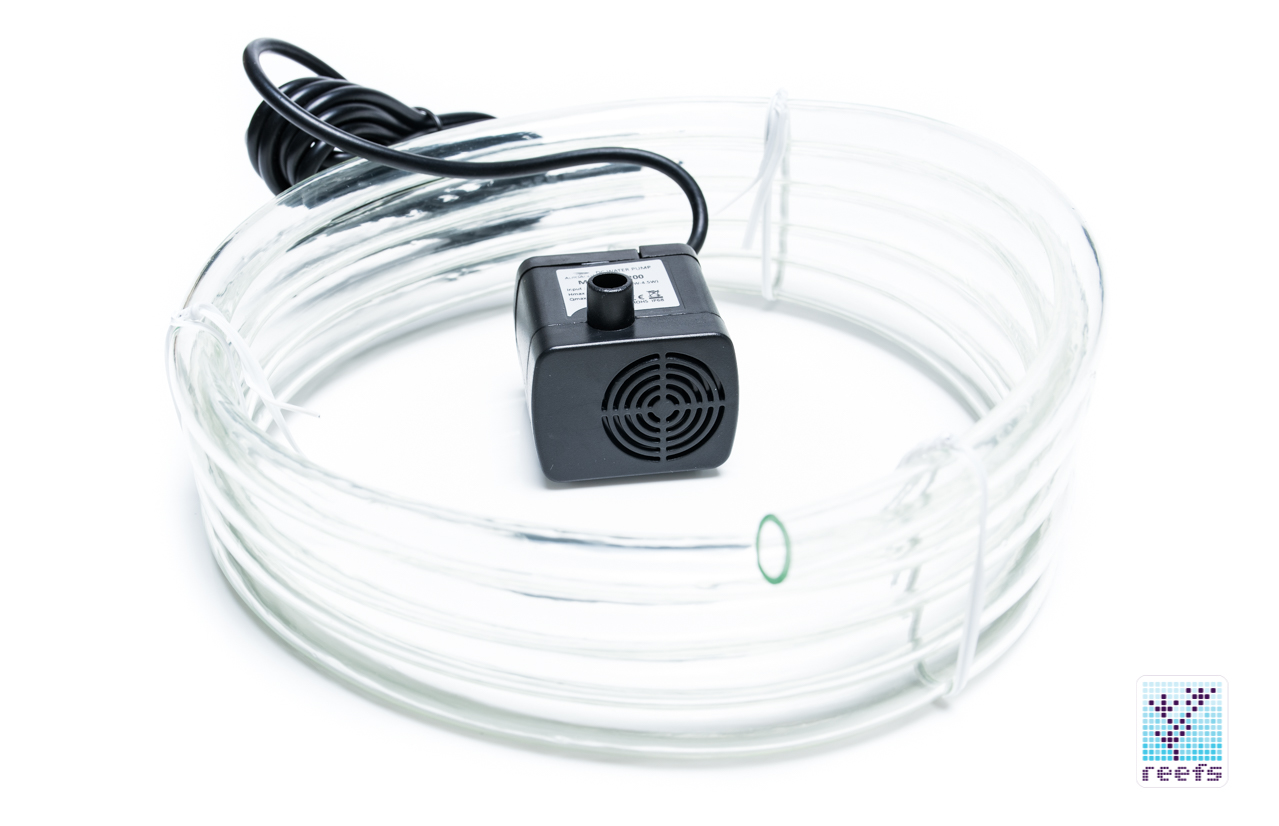 Smart ATO Micro stands essentially in a league of its own, competing only with its own larger “brother” and one more device on the market of its size (Tunze Osmolator Nano 3152). There are more sophisticated devices out there, featuring backup sensors and low ATO water level switches, but none of which could fit in a palm of one hand. For a nano tank, Smart ATO Micro is perfect, as it keeps a low profile and fits in the tightest of spots, although I wouldn’t hesitate to use it on larger systems as the pump is powerful enough to deliver moderate amounts of water in a short time. The only downside (well, expect a backup sensor if you are, like me, paranoid about your ATO failing and dumping gallons of freshwater to a saltwater aquarium) of Smart ATO Micro is its price. At around $130, it doesn’t come cheap to someone whose budget only allows for a small reef tank. On the other hand, an ATO device is almost a necessity in a nano tank, as any sudden salinity change due to evaporated water can be catastrophic to its inhabitants. There’s not much choice in that section of the reefing industry and Smart ATO Micro represents a good value if you really are lacking space for equipment in your saltwater aquarium.