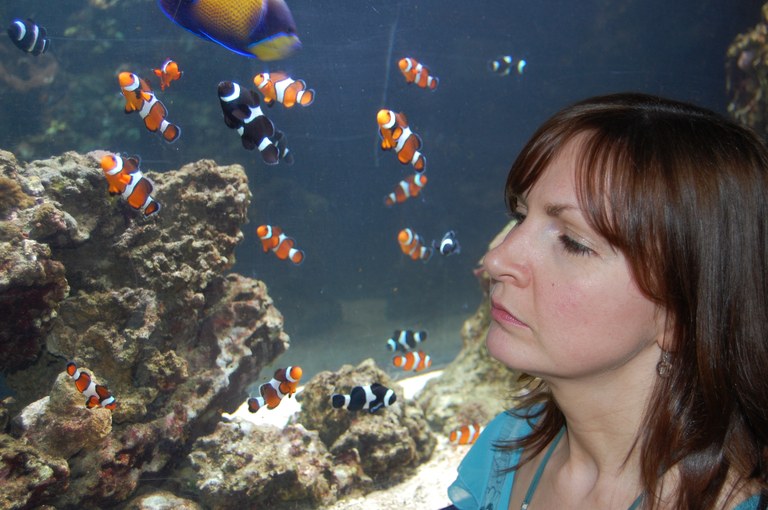 
The Fish Health Monitor uses two cameras, linked to a computer, to track the movements of fish in aquariums in three dimensions. Movement for healthy fish are programmed into the system, and if a fish shows deviations from these parameters the computer detects this and give a health ‘score’.  If the computer detects movements associated with stress (e.g. twitchy swimming, darting, non-movement, etc.), the system sends out a notification for potential health issues with fish in the tank.  By collecting the data, the system can also learn fishes’ normal behavior in order to better recognize abnormal behavior.

The system was developed by Lynne Sneddon, University of Liverpool’s director of bioveterinary science and an expert on fish health.  Initially the monitor was intended for use in laboratories; however Dr. Sneddon also believes it has a role to play in other fields including public aquaria.

If it works as designed, such a monitoring system could one day help other public aquariums automatically monitor the wellness of their fish.  Who knows?  A smaller home version could be developed as well