The Association of Zoo’s and Aquariums (AZA), founded in 1924, is a non-profit organization focused on conservation, education and advancement of aquariums and zoo’s. What is not to like about that mission? Working at public aquariums is how i got started in the aquatic industry and how my love for the hobby began and flourished, I have much respect for the AZA.  Last month, the AZA hosted their annual Honors and Awards Event in Orlando, Florida. 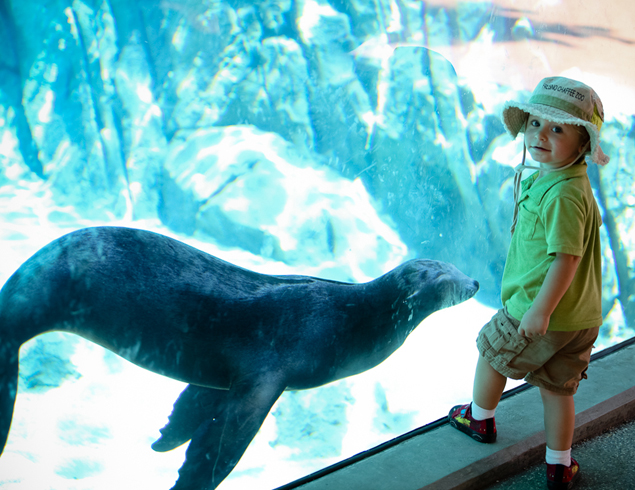 The event honors outstanding institutions and members of the aquarium and zoo community with a variety of different awards. Included in the event is the award for compelling exhibit. The AZA states that the award ‘recognizes excellence in the area of live animal display and exhibit display by an AZA institution.’ To have been considered for the 2014 award, the exhibit must have been opened during 2012 and 2013 calendar year. Applications were considered by the AZA before being chosen. This years award winners included  The Fresno Chaffee Zoo for their Sea Lion Cove, The Cheyenne Mountain Zoo‘s Encounter Africa and The Philadelphia Zoo’s KidZooU. These diverse and exciting exhibits were honored for engaging and inspiring guests. Certainly well done and a few more reasons to make a zoo travel plan this year to incorporate these awesome exhibits.