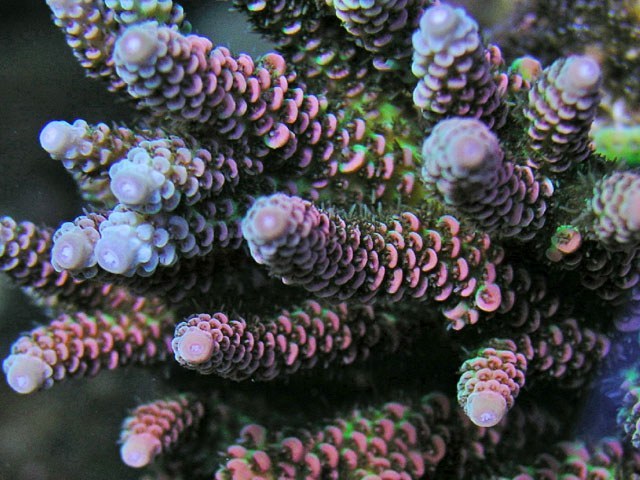 Researchers in Queensland have found that where baby corals choose to settle is influenced by ocean temperature and the presence of their symbiotic algae in the water.

Warmer than normal maximum temperatures are known to have a negative impact on the reproduction and survival of some corals. The researchers wanted to find out how a cooler climate, similar to that found south of the Great Barrier Reef, would affect coral larvae settlement.

“We were interested to see how temperature influenced the selection of where corals chose to settle,” says Dr Eugenia Sampayo from the ARC Centre of Excellence for Coral Reef Studies (Coral CoE) at the University of Queensland.

“At colder than average ambient temperatures we found that the larvae settled on more exposed surfaces where they were more likely to be damaged or removed entirely by fish.”

Coral larvae actively search out a place to settle using a range of sensory cues. Once in place they can’t move, so a poor choice of location increases the risk of death.

Under normal conditions, the larvae prefer to settle on surfaces covered in crustose coralline algae, but the researchers found larvae in the cooler water were less likely to choose such a surface, reducing their chance of a successful settlement.

The researchers also examined the influence of dinoflagellates (Symbiodinium), microscopic single celled organisms that live inside coral tissue once it has settled. This so-called symbiotic relationship is essential to the survival of corals in tropical oceans.

“Perhaps the most surprising result is that the presence of these symbionts in the water also influenced whether the coral larvae settled on the algae encrusted surfaces or not,” says study lead author, Natalia Winkler from the Coral CoE.

“The fact that the symbionts can influence larval settlement without actually being inside the coral tissue highlights just how important the symbionts are for corals,” Ms Winkler says

Dr Sampayo adds the results suggest a link between crustose coralline algae and the symbionts.

“If symbionts cluster near favorable locations, the coral larvae kill two birds with one stone by finding a good spot to settle and a concentrated source of symbionts, which are normally sparse in the water,” Dr Sampayo says.

“We have discovered a previously unknown biological control over coral settlement, one that is likely to be influenced by warming oceans and that can change how corals select their life-long position on the reef.”