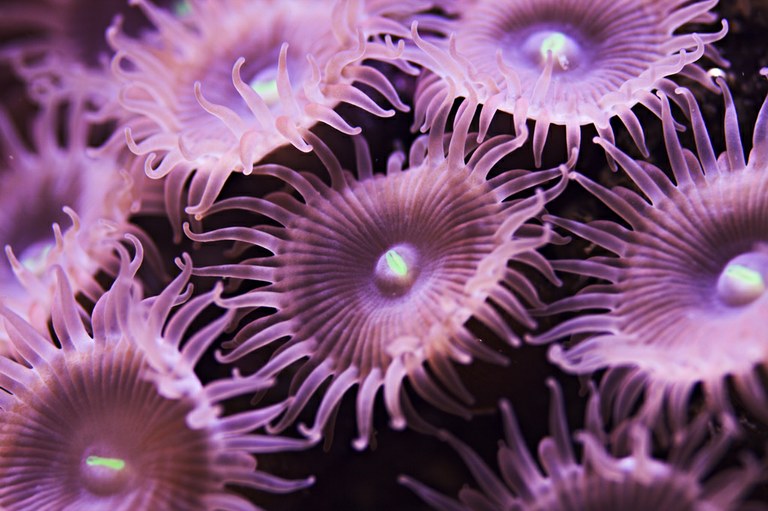 Look REALLY closely and try to find the zooxanthallae and bacteria. Photo by Arnar Valdimarsson


The Intricate Interwoven Tapestry of Life

Just last week, we reported on research that found corals harbor bacteria within their tissue much like they do symbiotic algae.  Now we may have learned one important reason why corals host them.  As suspected by the aforementioned research, another study shows that bacteria pass nitrogen on to corals … at least when it comes to Pocillopora damicornis larvae.

A new open-access paper published in the journal Ecology and Evolution discovered using mass spectrometry that bacteria exchange nitrogen to their co-tenant within coral, Symbiodinium (zooxanthallae).  To put it another way:  Zooxanthallae feed coral energy with their photosynthetic byproducts, while bacteria  feed zooxanthallae with the life-sustaining nitrogen they require.

The researchers aren’t yet clear of the mechanism for the nutrient exchange.  The bacteria may “feed” corals with nitrogen, or the corals may actually feed on the bacteria to consume the nitrogen.

Past studies have shown corals pass bacteria on to their offspring.  This new study helps shed light on how corals, and especially developing coral, benefit from their relationship with bacteria.  The microbial partners help corals acquire valuable nitrogen in the nutrient-poor coral seas.

Reefkeepers should appreciate bacteria for more than their nitrifying and denitrifying abilities.  They help corals live and thrive.  The relationships between corals and many microbial life forms is incredibly rich and fascinating.  For example, might this new study help explain why “Zeovit corals” grow so well and look the way they do?  Understanding these complex relationships will help us better understand corals and their care (both in the wild and in captivity).