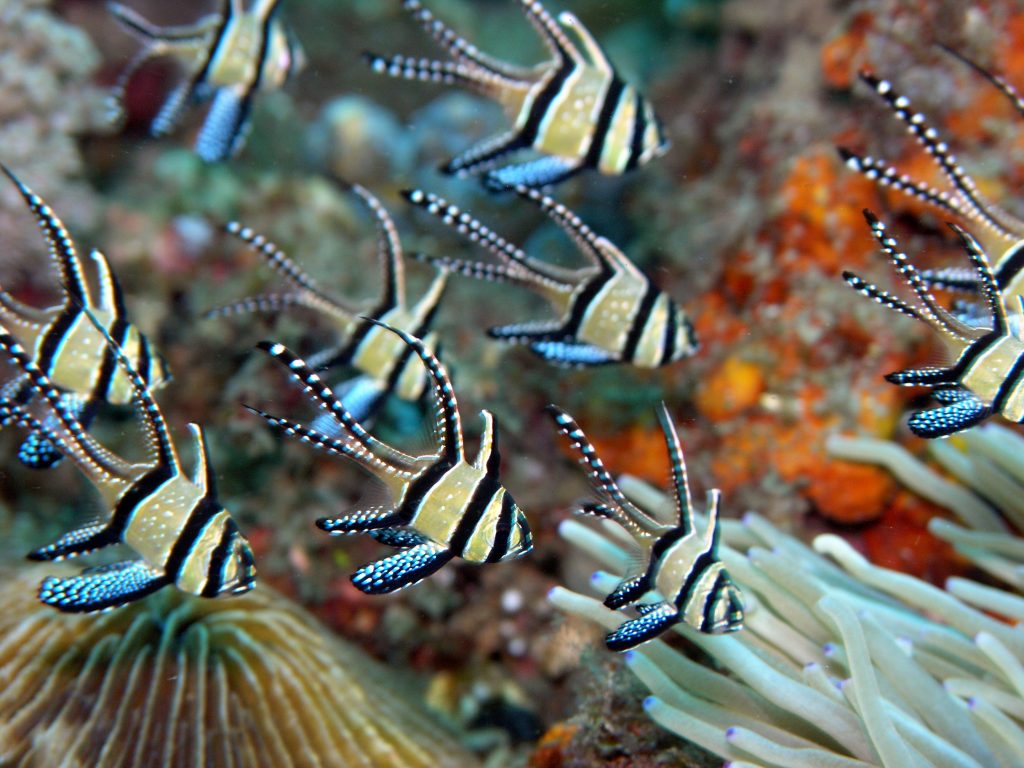 CITES, the Convention on International Trade in Endangered Species of Wild Fauna and Flora, oversees the import, export, and introduction from the sea of a multitude of species. The species covered by CITES are grouped into one of three Appendices: Appendix I is species threatened with extinction, Appendix II is species that are not threatened with extinction, but whose trade needs to be controlled to ensure its survival, and Appendix III is species that already have protection in at least one country, and have very specific rules in regard to trade and import/export.

One species that has been on CITES’ radar is the Banggai Cardinalfish (Pterapogon kauderni). This lovely little fish, which is ubiquitous in the aquarium trade and can be bred in captivity, was one of many topics discussed at the latest meeting of the Conference of the Parties. The conference’s European Union representative withdrew the EU’s proposal to classify the fish as an Appendix II species following Indonesia’s opposition to the inclusion, and went on to establish a number of conditions that will keep it from being listed as such, including conservation measures and the completion of a detailed study of the impact of international trade on the fish’s population.