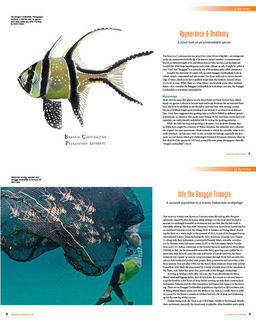 According to Ret Talbot’s update, “As you know, we had originally planned on having the book signed, sealed and delivered last September, a timeline that, with hindsight, seems absurd. … From lengthy delays in getting the science done right to dealing with our own losses of broodstock secondary to the very virus about which we were writing, everything seemed to take twice as long as expected. Having said that, what we have learned has reinforced the importance of embarking on the Project in the first place. We have made the internal decision to take the time to do it right, and while we know the delay is frustrating, we think the final product (which is now over 300 pages–about 35% more than projected!) will more than justify our decision.”

According to the update, the bulk of the work is shifted to production and press running now, so I would anticipate the end is in sight.  Horray!

Head over to the Kickstarter post for the complete update.