Read more about the Banggai Resuce Project, make a pledge, and follow its progress. You can also click on the Banggai Rescue Kickstarter progress tab on the right to go directly to the project funding page.

Also, make sure to read Advanced Aquarist’s interview with Banggai Rescue team member Ret Talbot for more details about the project such as what your pledges will help make possible:

Ret Talbot: The Kickstarter funding will, as the name implies, “kickstart” the project. As I’m sure you can imagine, the project—producing the book and all the research, writing, illustration, production, and printing that will go into producing the book—will cost far more than the $25,000 we are seeking through Kickstarter. The Kickstarter funding will, however, allow us to get the project off the ground by helping to cover the costs associated with embedding me as a journalist with the scientific expedition, by helping to fund the work that will go into establishing the breeding protocols, and by helping fund the editing, production and printing of the first edition of the book in time for MACNA 2012 in Dallas.

Moving beyond just the Kickstarter funding, the Project itself will also involve collaboration with a team of scientists, collaboration with partners in Indonesia, and collaboration with academic institutions and others hoping to scale mariculture and aquaculture initiatives up to a commercial level both here in the States and in the source country. While we look forward to that collaboration and even helping to hopefully fund some of those initiatives that will benefit the species, the ecosystems from which the species originates, the local fishers and their communities, and the trade at large, it’s important, I think, to remember that Banggai Rescue is ultimately about a book we hope can initiate some important dialog and, dare I say, reform in the industry. 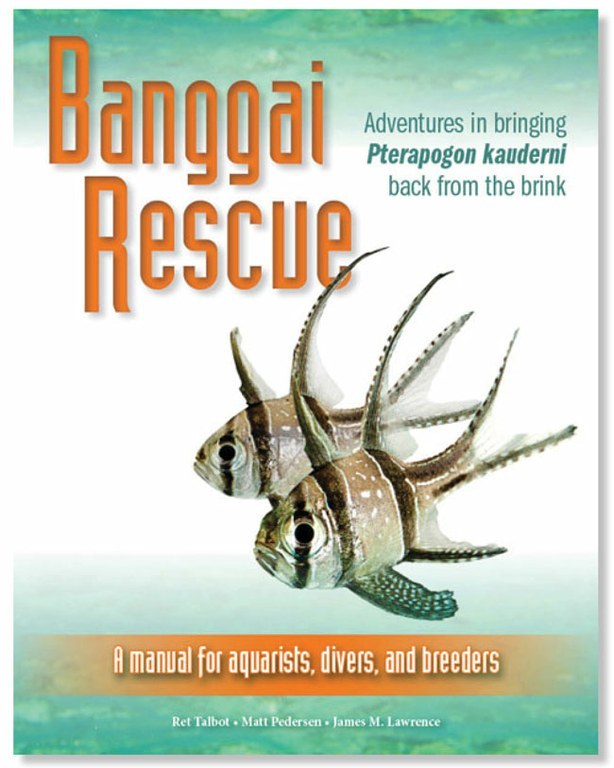