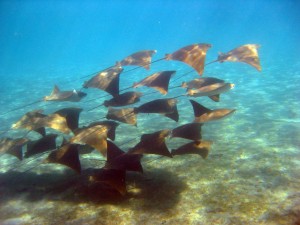 While at the Eastern Academy of Scuba Education (EASE), located in Vero Beach, FL, I quickly learned about the Blue Heron Bridge. The bridge is an intercostal waterway just inside the Lake Worth Inlet. In Florida, it’s become a sort of shore diving legend among divers. For macro-photographers the bridge is legendary as a spot to get close ups of seahorses, frogfish, pipefish and even octopus and squid. While attending EASE, I had the pleasure of visiting the bridge a few times and it somehow reminded me of the shore diving atmosphere on the island of Bonaire, just with a lot more traffic, no gin clear water or beautiful female Dutch dive masters; okay it didn’t remind me of Bonaire. Recently though, the Blue Heron Bridge has erupted in locked horns between divers and those collecting fish for their marine aquarium.

During a Facebook rant, one diver spoke about how he forced a collector to return a seahorse he had caught for his aquarium. What really outraged the diver is the fact that collecting marine life around Blue Heron Bridge is illegal. Except that it isn’t. It is illegal to collect fish for industry or sale, but private aquarists can obtain a permit from Palm Beach County to collect marine life for their own aquariums. In reality, it’s very plausible that the person the diver accosted was collecting marine life legally, and under no legal obligation to return what he had collected. Events around the Blue Heron Bridge have made me question a practice that many aquarists are familiar with, collecting animals from the wild and putting them in our aquariums. 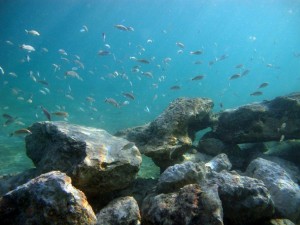 I’d be a hypocrite to bash wild collection. As a child, I collected tadpoles, fish, crayfish and a variety of other animals from the streams and lakes around my home. My cousins and I would spend hours collecting crayfish, sometimes well over a dozen, from a large stream that ran through my grandmother’s property. In many ways, collecting animals locally was how I started gaining traction as an aquarist. Wild collection by aquarists isn’t an uncommon thing. I know aquarists from all over who collect local wildlife and keep them in their aquarium. When done by someone capable of identifying marine life and caring for it, the result can be quite good. 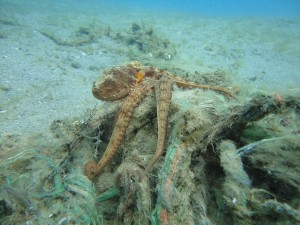 Problems arise when someone with little respect for the animal, and ignorance about how to care for it, heads out and starts collecting. Where I live in Maryland, it’s not uncommon to see walleye, pike and other large lake fish swimming around in 55 gallon bait shop aquariums. They were collected from the local lake and within months will outgrow those quarters. It’s without a doubt those fish are better left in the wild, and the bait shop aquarium better replaced with some fishing photos. During one of my trips to the Bahamas, I met a young dive master who collected juvenile black-tip reef sharks and attempted to raise them in his 150 gallon aquarium. When I inquired about his success, he told me that currently it was 0% and that every specimen had died. Again, this is irresponsible collecting and an abuse of wildlife.

As for the collector at the Blue Heron Bridge netting a seahorse, it could be said that any aquarist is better off purchasing a captive bred/raised seahorse, since survivability with these specimens is much better. Though without knowing the aquarists skill level or intentions for the animal, it’s impossible to comment on whether he was committing an environmental abuse. As long as he held a collection permit, he was acting within the confines of the law. 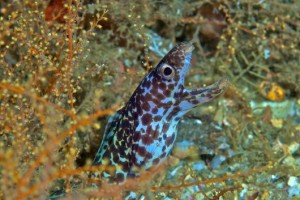 I can see how conservation minded divers would be against an aquarist collecting wildlife, especially when they are doing so at a beloved dive site. Many people don’t understand the dedication that aquarists pour into their aquariums, or the level of commitment many have to their animal’s health. Diving certainly doesn’t come without its own share of problems. If you’ve ever watched unskilled divers using a coral reef like a track field, you know what I mean. In Ocean City, Maryland where I’ve been diving many times, most of the dive community are spear fishermen and lobster collectors. It’s not uncommon for the boat to be loaded with catch, all dead and destined for a frying pan. Again, this is a legal practice and arguably more of an environmental abuse then collection of marine life for the aquarium. If you look at the Palm Beach County Park that governs Blue Heron Bridge, they encourage anglers to fish and even supply fish cleaning stations. They discourage collection of fish for home aquariums, but admit that with a permit, there is no law against it. So you’re encouraged to catch and kill fish to eat, but dissuaded from capturing fish to enjoy in an aquarium.

The bottom line is that many different people enjoy and appreciate the ocean, along many different sports and hobbies. Some scuba divers like to observe, others like to spearfish and some are unskilled tourists wanting a good underwater Facebook photo on a beautiful reef. Aquarists often prefer an intimate relationship with marine life, which allows for detailed study, appreciation and education about the animals we keep. While the industry and hobby are rife with abuses, it’s hard to single out one aquarium collector and demonize them. Especially when others taking marine life are invited with a warm welcome and special facilities. 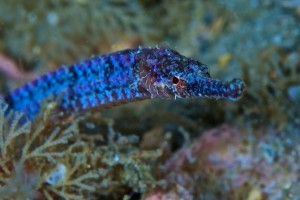 For me, the furor around the Blue Heron Bridge shows that in the public eye, aquarists are considered to be environmental takers, people who see marine life as nothing more than fancy home décor. This could be in part by campaigns from folks like Snorkel Bob and Sea Shepherd, who have painted aquarium collection with the same brush as illegal whaling or poaching. They have conjured an image of aquarists as irresponsible water-jocks who care nothing about their animals. While at a large dive convention in 2008, I was shocked to learn that in the eyes of many conservation based divers, aquarists were the bottom of the barrel, not only disliked but despised. It seems like many with that attitude don’t know much about the aquarium hobby, or are simply reading too much Snorkel Bob. It’s possible to responsibly collect marine wildlife and responsibly keep them in captivity. Just like in scuba diving, there are good collectors and bad collectors, but not everyone falls into either category and the good shouldn’t be demonized along with the bad. Someone following rules and regulations shouldn’t be verbally assaulted and told what to do, at least not without knowing their background or intentions. Oddly enough, it feels like our hobby needs a public service announcement reminding people that many marine aquarists give their animals better than adequate care.